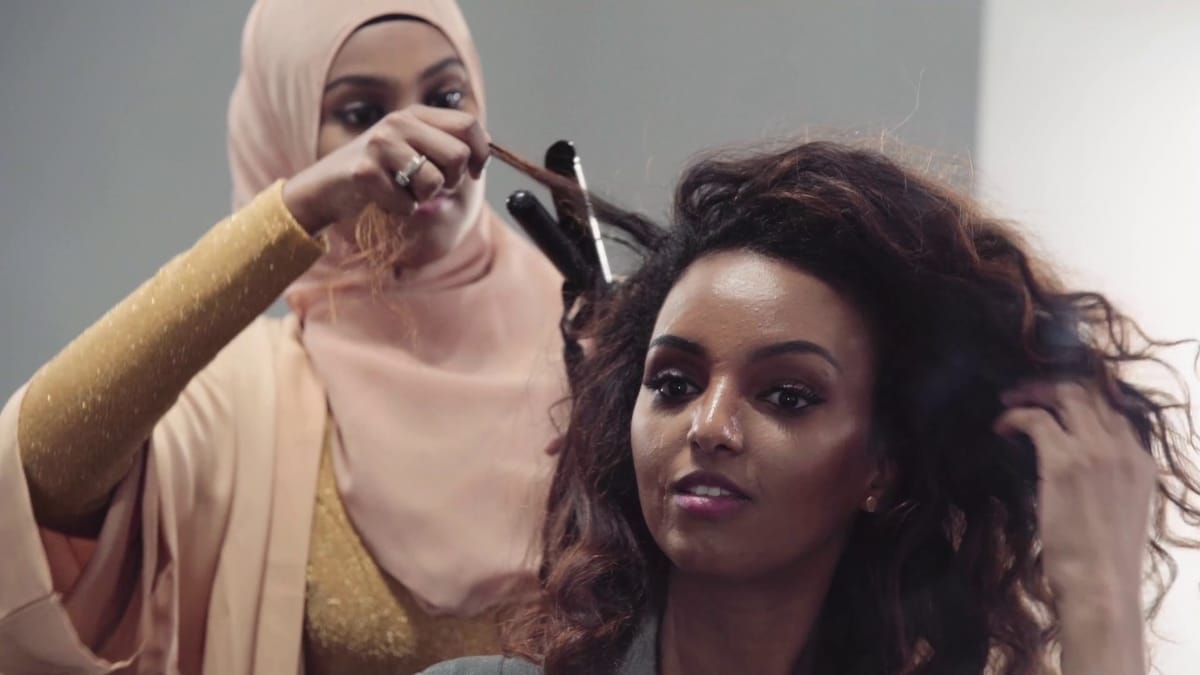 A Fierce Cut Above The Rest

“Brick walls are not there to keep us out. [They] are there to give us a chance to show how badly we want something,” reads the caption under Natasha Somalia’s photograph on Facebook, followed by the hashtags #girlboss #womeninbusiness and #bosslady, among others. Natasha Somalia (center), a hairstylist from Philadelphia, aims to empower women and help them towards their goals.

Sounds like your average ‘female-empowerment’ social media post that most beauty gurus publish on their channels, right? Except it’s much, more.

Somalia is dressed in a traditional Muslim dress known as the abaya; she is fully veiled with only her eyes showing through her niqab. The red soles peeking out from under the hem of her all-black long dress make a powerful statement. 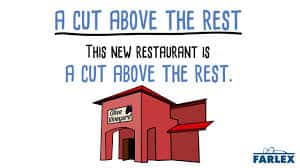 Wearing Louboutin pumps and holding several bottles of what seem to be beauty products, the woman’s eyes hint at a smile playing on her lips.

The image is striking and one that is not commonly found on mainstream media, certainly not when it comes to the portrayal of Muslim women. While the formative media narrative in the West tries to portray submissive, oppressed women dominated by their male relatives, Somalia exudes confidence, style and entrepreneurial success.

As a hairstylist and entrepreneur from Philadelphia, United States, Somalia specializes in African-American haircare. A black convert to Islam, she runs her beauty salon and has her own line of hair products. She also sells ‘beard butters’ for men to help promote better growth—many consider wearing a beard an obligation in Islam.

The single mother of five has been in the industry for 19 years, starting her first business at the age of 23. Today, two of Somalia’s daughters are in college: one in hair school the other set to graduate with a degree in business. She has a 13-year-old son and the youngest two boys, aged six and seven, are being homeschooled.

Somalia recalls how tough life was when, by the age of 20, she was a single mother of two. “Everyone [kept] telling me I needed a real job [and] that doing hair wasn’t going to cut it.”

She recounts the day that she decided she had had enough. “[I was] the only black stylist amongst six other Dominicans and was talked about in another language. One day I said I’m done and stepped out on faith. I opened my own salon at the age of 23, ” she recalls

I had no savings, no investors and no bank would give me a loan. I had passion and a prayer.”

Her journey has not been without hardships. When asked how she managed to turn things around, Somalia told Newsweek Middle East it was difficult.

“I’ve cried many nights trying to decide [whether to] pay the gas bill at the salon or the electric. People don’t realize I pay all the bills, so that’s two rents and two electric bills. Remember, I had no loans.”

She says it wasn’t easy to grow her business tenfold—and that it still isn’t—but says she has managed to put her daughters in private school. She attributes her success and motivation to her “faith in Allah” and says it keeps her moving forward.

Even so, her identity as a Muslim has invited scrutiny and rejection from clients.

“My greatest struggle is trying to allow people to see me for my talent as a stylist…I really have three strikes against me: I’m an African-American, Muslim and woman. But I have not given up.”

With Daesh claiming attacks and spreading terror around the world, Islamophobia has seen a rise, forcing ordinary Muslims to face the backlash. Somalia’s decision to wear the face-veil puts her identity on display and places her at a higher risk of xenophobic attacks.

She recalls an incident where she was driving her car and noticed that drivers on the road purposefully used incorrect driving signals which could have caused an accident. She recounts another unpleasant instance. “When I went to the post office to mail some online orders, a few people stepped out of the line and left once again saying some very unkind words,” she said.

Her business too has suffered as a result of her religious identity. She tells Newsweek Middle East how many companies turned down opportunities to stock her products once they notice she’s Muslim.

“See this message [that] came through while I was writing to you. They say they love my products but will not support a Muslim. This is the sixth company that I have contacted to carry my line of beauty products.”

When asked about her choice to wear the face-veil in the U.S. and the mounting pressure on her identity as a result, she says she is just “happy to have the freedom to wear it.” Despite the rejections her business faces, Somalia remains optimistic about the future.

“That’s the beauty of Islam – believing in Allah and knowing that what’s meant for me will not pass by me,” she says. Her positive outlook on life is what she hopes other people will draw inspiration from. She wants women to know that she didn’t give up, despite the difficulties.

Somalia’s positive disposition seems to be contagious. She frequently posts motivational quotes and images on her Instagram profile, urging people to stay focused and determined in their personal journeys—and they work.

One message on a social media channel reads: “I wanted to let you know that I’ve decided to go to cosmetology school. I’ve always wanted to do this… I’m in the medical field…but I’ll be making doing hair my business. Again, I thank you for your inspiration.”

Other messages on Facebook include rave reviews from customers who had their hair done by her or tried her line of hair care products.  Sharon Watkins posted a message saying, “Natasha Somalia [the products] are fabulous! We are loving the results! Thank you!”

Somalia says she enjoys answering people’s questions about her face veil as it gives her an opportunity to present her faith in a positive light. Photographer: Ricky Codio

Somalia recalls how when she first started out 19 years ago, no one gave her guidance on how to expand her business. She hopes to empower other women and show them the ropes of building a brand or salon.

For that reason, she is collaborating with Glam University, a program started by Sabrina Peterson to bring together women in various industries with the aim of helping them build and excel their businesses.

Somalia tells Newsweek Middle East that this year’s notable guest will be Sophia Amoroso, author of the best-seller Girl Boss.

“I had read Sophia’s story when it first was released so I…jumped on the opportunity to meet her. Sabrina’s vision is to see other women win…and I’m willing to help her in all ways that I can.” 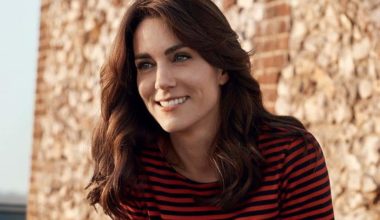 Read More
LONDON, May 1 – The Duchess of Cambridge, Kate Middleton, will appear on the cover of the 100th…
AArts & Culture 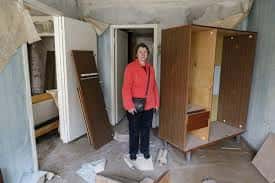