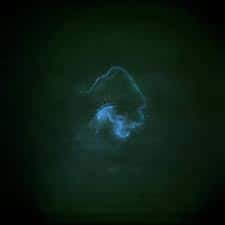 We live in a world of constant change, with so much destruction, devastation, and uncertainty around us. At a time when historic buildings, holy sites and ancient monuments are being demolished at the hands of the enemy within, it is important to do everything we can to preserve the history of our world; a history that tells many stories and teaches us about the centuries before our time. Repeatedly, we have seen extremist groups, such as Taliban and Daesh, wreak havoc and wipe out villages, places of worship, and people. With it, they have erased a huge chunk of history, and a part of the Middle East that once betrayed the secrets of the past.

Although world events are continuously recorded by the media, there are other ways in which we can remember the times we currently live in.

British artist and sculptor Piers Secunda has spent the last six years documenting the damages left behind by both Taliban and Daesh, travelling to Afghanistan and Iraq’s Kurdistan, and taking mouldings of bullet holes left behind on buildings and walls.

“I had always wanted to make a record of the world around me, how we live. I think that making a record or a statement about the time that I am alive is the most significant thing I can do as an artist. This is when I started looking for ways to capture texture generated by geopolitics,” Secunda tells Newsweek Middle East.

“Taliban was seen as a historically significant group of people. I felt that if I was going to record violent geopolitics, Taliban was the most extreme group around, and making a record of their actions should be a priority. I wanted to record the damage which was being left behind, to make a sort of forensic record painting,” he adds.

In 2010, Secunda travelled to Kabul where he met Sardar Ahmad Khan, who ran a press agency in the city. Khan took him to two sites which had been attacked and where locals could confirm that the bullet holes left behind were those of Taliban.

Accompanied by a police escort for security, Secunda made moulds of the bullet holes, using a putty he pressed into the cavities left behind on the sides of buildings and boundary walls. When dried and removed, the moulds were imprinted with the pattern of the bullet holes. He took these back to his studio in London, where he began working on creating something special, and very moving.

Secunda recalls the good relationship he built with Khan, who helped him tirelessly with his project. Khan believed in Secunda’s work, and knew it was important for it to be documented and shown to the world. Khan, his wife, and two of his children were tragically killed on March 20, 2014, when the Taliban opened fire on guests at the Serena Hotel in Kabul.

Five years later, Secunda took on a new challenge and flew to Iraq’s Kurdistan, with the hope of making moulds of bullet holes left behind by Daesh.

“With a similar intention in mind—to record an extreme level of geopolitical violence—[Daesh] were also destroying ancient art and architecture on a huge scale. Once again, it appeared that this was a moment of historic significance which I felt compelled to record,” he explains.

In October 2015, Secunda arrived in Sulimaniyah and was taken to the front line by the Peshmerga, the Kurdish military forces, where he toured frontline villages, which at the time, had been recently liberated from Daesh’s control. Again, he made moulds from bullet marks left behind as a reminder of the atrocities that occurred at one era of time.

Although he was heavily protected and accompanied by the local mayor, Idris Adil, and a number of security personnel, Secunda spoke of the critical situation when, for a moment, he found himself in the line of fire.

“The second village we stopped at, Tel Arabaa was a couple of hundred yards from the front line. Whilst I was taking moulds from a building wall, a mortar landed close by, on the road which we had used to drive into the village,” he says. “The Peshmerga waved it away as nothing of significance but confirmed the following day that it was a mortar, as I had suspected.”

Despite this, Secunda holds fond memories of the people he met, as he did when he left Kabul, and the hardship he saw has never left him.

“When the work was finished, we visited the front line, so that I could speak to the commander of a Peshmerga base. I was shocked at how ill-equipped they were,” he reveals.

“The Kurdish people I met were generous to a fault. They fell over themselves to help me.”

Both Taliban and Daesh-induced bullet-hole-pieces of art are made by pouring industrial floor paint into large moulds.
Secunda then places the putty moulds he brought back inside them, as he chooses to.

Looking at the projects in Secunda’s studio, they evoke a great sense of sadness, and the difference is apparent.

Daesh-related bullet hole artwork was created using sculptures as the foundation. “[Daesh] works are specifically about the destruction of culture, which is a subject very close to my heart,” he says.

“Some of these sculptures are important in historic terms, because they bridge the divide especially well, between our culture today and the times in which they were made. The arts of the ancient world in the Middle East hold the genetic cultural keys to understanding who we are as human beings, and how we have arrived to today’s complicated place.”

The Taliban-related art work have been shown around the world, including in China, Australia, Europe and the U.S.
Secunda is currently preparing a collection of the Daesh-related art pieces for an exhibition in New York next April, at 532 Thomas Jaeckel Gallery.

Read More
October 2, 1187: Siege of Jerusalem After ruling Jerusalem for 88 years, the Crusaders, led by Balian of…
DDowntime 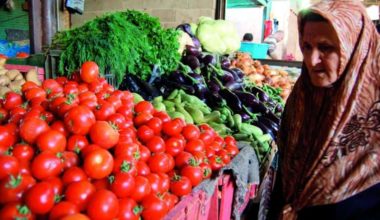