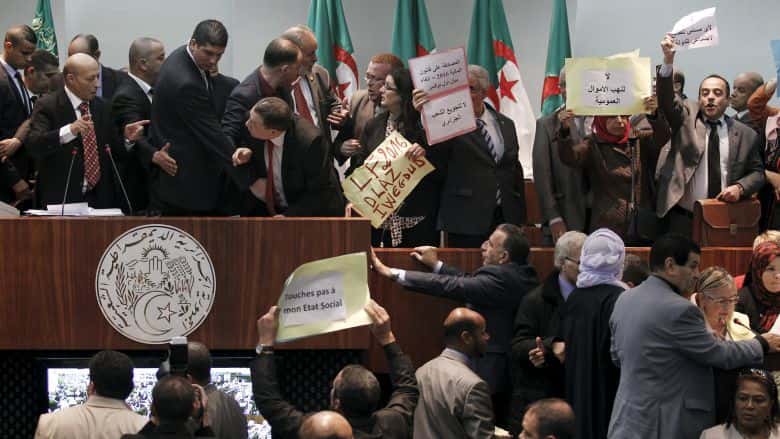 Algeria: What Lies Ahead

For years, Africa’s largest country ––a heavyweight energy producer as well as a key regional player––has been regarded by most analysts, Middle East politicians and foreign diplomats as a pillar of stability.

In recent history, the Algerian state proved its staying power by surviving the “Black Decade” of the 1990s when it relentlessly battled Islamist insurgents.

However, the conflict drained considerable resources, impeded vital socio-economic reforms and resulted in the death of hundreds of thousands, which does not include those who “disappeared” or were tortured, many allegedly at the hands of the government. Subsequent fears about Algeria’s future were customarily dismissed with one line: No one wants to go back to the bad old days of the “dirty war.”

The country also managed to escape the Arab revolts, which began in neighboring Tunisia in late 2010 and then enveloped several similarly-structured Arab countries into a state of perpetual violence and fragmentation.

Now, however, Algeria faces what some believe could be a perfect storm that threatens the stability of yet another Mediterranean and Arab state.

Chief among the concerns when it comes to the political scene in Algeria is that the Algerian elite—Le Pouvoir (the power) which refers to military, economic and political power brokers–– seems to be tearing itself apart.

“It’s the first time in decades that we witness this amount of conflict at these levels of the regime, and in plain view of everyone,” says Walid Naamane, an Algerian political analyst based at the Center for Diplomatic and Strategic Studies (CDSS) in Paris.

“We can say, in fact, that there is a war going on, primarily over who will succeed President Abdelaziz Bouteflika, perhaps as early as this year.”

Although Bouteflika won a fourth term in office in 2014, his health has deteriorated to a point where, after barely campaigning for re-election, he is largely unable to make public appearances or speak directly to the people.

“The brain” may be good, as some Algerian officials are said to assert in private, but for how long? That is anyone’s guess.

“Partially because of this situation,” says Naamane, “we have a number of generals and ex-generals accelerating their fight against a collection of other generals, people around the president and oligarchs who directly benefitted from years of high energy revenues.”

Although Bouteflika’s two cabinet reshuffles in 2015 raised eyebrows among observers at home and abroad, concern seems to center on changes in the security services that started back in 2013.

By September 2015, the longstanding chief of intelligence-–Département du Renseignement et de la Sécurité or DRS—-General Mohamed Mediène, had been replaced along with the heads of Algeria’s Gendarmerie and Presidential Guard.

Then in early December, Mediène went public, publishing a 264-word statement about an “unjust” jail sentence passed earlier against his former subordinate, General Hassan, who commanded counterterrorism operations for the DRS.

“Even though the DRS-aligned faction looks to be effectively sidelined and even though this stage of the crisis seems to be ending, the next stage could be just as dangerous because of the succession crisis surrounding Bouteflika himself,” says Riccardo Fabiani, Senior North Africa Analyst for the Eurasia Group who pointed to the likelihood of infighting emerging within the ascendant faction.

What makes matters much worse is that the Algerian state, which dominates so much of the national economy, has been pummeled by low energy prices. Nearly 60 percent of the country’s budget and 95 percent of foreign earnings are dependent on oil and gas exports. By some accounts, the country may run out of foreign exchange reserves—currently standing at $159 billion according to official data at the end of 2015—in the next two years, a causality of rising government spending and a precipitous drop in lower-priced energy exports in 2015.

“Since the mid-1980s, successive governments have had several chances to intervene and change the rentier economy but they never did it,” argues Dalia Ghanem Yazbeck, Research Analyst at the Carnegie Middle East Center. “Each time they find another way to cope with the situation, but the underlying dynamics just get worse.”

According to the World Bank, in 2015, the unemployment rate for Algerian women and youth hit 25 percent, with overall unemployment set to rise to above 11 percent for the year from 9.8 percent in 2013.

At the same time, nearly a fourth of the 39 million population, or 10 million people, now live in poverty. And with sky-high birthrates of 25 percent and declining real salaries, infrastructure, housing and the quality of life is suffering.

“If the economic situation continues to worsen in this next period,” warns Yazbeck, “and a large part of the population feels the negative effects, we could see widespread social unrest. Unlike in 2011, however, the regime may not have sufficient cash to buy social peace.”

Bouteflika—or his successor for that matter—also won’t find much in the way of the stable neighboring states that used to exist.

According to CDSS’s Naamane, Algeria has perhaps as much as half of its borders, around 3000 kilometers, shared with failed or failing states.

Daesh and a range of competing terrorist groups now operate across Libya and have carried out scores of high-profile attacks in Tunisia and in Algeria itself—sometimes from bases within both countries.

Tens of millions of weapons are also believed to be floating around the region, especially in the ungoverned spaces of the Sahara and the Sahel countries.

“Mali is a failing state, while Niger is becoming a hub of terrorist activities and Mauritania is a very poor country that cannot effectively control its vast borders,” he says.

Although Algeria has been lauded for recent successes in combatting Daesh and Al Qaeda-linked groups, and is not believed to have exported a large number of jihadist fighters to other countries, these supposed “victories” could well become irrelevant down the line if the country is pressured on all sides by the ever expanding chaos and violence.

“[Daesh] is likely waiting until the right moment of breakdown,” says Naamane. “If things move more clearly this year towards instability at home, at that time they and other groups like them can bring considerable resources to bear to accelerate all of the pre-existing problems and divisions.”

Despite the triple threat of a ruling elite in crisis, falling revenues and failing states all around, hope remains that the dire situation may actually kick start the tentative moves towards systematic reform that are said to be stirring.

“The regime has to do something,” says Eurasia’s Fabiani, “because Algeria is facing significant constraints and threat. There is a window of opportunity now and somebody is going to have exploit the incremental movements that we have recently seen towards change and reform. Perhaps the oligarchs will push for more openness in the economy and less state intervention. Perhaps the Europeans and the Americans will push for more political openness.”

If the opportunity is not seized, however, “we maybe have another year or two before Algeria faces a dramatic, downward spiral.” 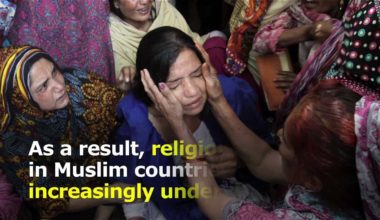 Read More
In the 13th century, when the Mongols conquered Baghdad, their ruler Hulagu Khan gathered the religious scholars in…
FFeatures 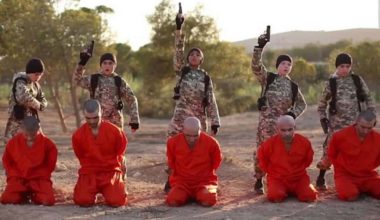 Read More
Mustafa’s gaze seemed lost, frightened and his eyes were erratic. His childish looks appeared strange among the harsh…