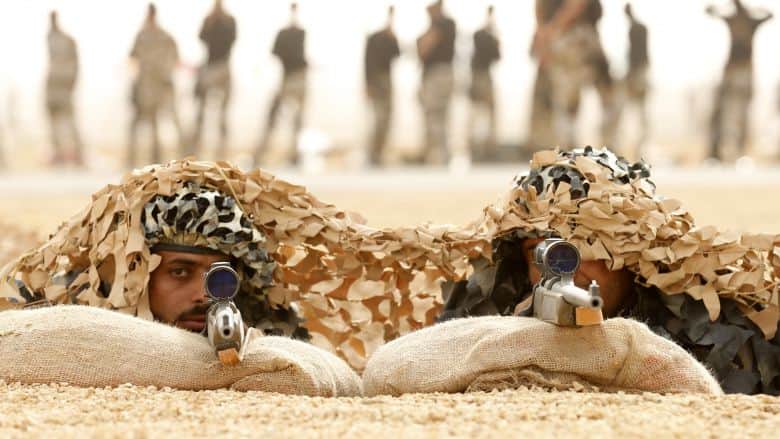 “It is always good [to have] true men by your side,” wrote Sheikh Mansoor bin Mohammed Al Maktoum on his Instagram page some five weeks ago under a photo from the battlefield in Yemen. The image shows the young leader, 26, standing next to Sheikh Nasser bin Hamad Al Khalifa of Bahrain, both in military fatigues.

The photo, which went viral across social media outlets, was shared by officials and their fans alike.

Mansoor, a major in the United Arab Emirates’ air force, is the son of Sheikh Mohammed bin Rashid, Dubai’s ruler and the UAE’s vice president and premier; while Nasser is a member of Bahrain’s royal family and the country’s Royal Guard commander. But there is nothing in the photo that differentiates them from the troops they fight alongside with in Yemen.

Mansoor is not the only member of a ruling family fighting on the ground in Yemen as part of the Arab Coalition forces; the list is long.

Both sons of Bahrain’s king, Khaled and Nasser, as well as Theyab, the son of Abu Dhabi’s crown prince, along with Ahmed, the son of Ras Al Khaimah’s ruler, have fought against the armed insurgency in Yemen.

Ahmed was injured in a deadly missile attack by insurgents on one of the coalition’s camps in Safer, in Yemen’s Maareb region, which claimed the lives of dozens of Emirati, Bahraini and Saudi soldiers in September. Ahmed later shared a selfie from his hospital bed, which also circulated widely, drawing thousands of people to like and comment on the image with well wishes for his speedy recovery.

Saudi princes have also shared photos of them from the battlefield as well as the skies, providing support for the Saudi-led coalition forces.

In an exclusive interview with Newsweek Middle East, Ahmed’s father, His Highness Sheikh Saud bin Saqr Al Qasimi spoke of how distraught he was when he learned of his son’s injury back in September.

However, Ras Al Khaimah’s ruler added that he was also pained by news of the injuries and deaths of fellow Emiratis fighting in Yemen.

“They are all our sons,” he said. “My son was injured, but the rest of the soldiers are also my sons. Some of them have been martyred, and some have been injured, but we thank Allah for everything [He sends us].”

He added that the Emiratis are all one big family who “wish for Yemen to find peace. We want stability and security for our brethren there.”

“If anything, this shows that our leadership and the people are in the same trench and that they are one, united on the same cause,” Hessa Al Ossaily, the UAE’s first female journalist told Newsweek Middle East.

“There is no discrimination between a ruler’s son and the general public’s own children, and we certainly don’t have rulers sitting in their palaces while others fight for them as some [individuals and media outlets] have suggested,” she added.

Five weeks ago, Nasser wrote “we return back home tomorrow after successful operations to support our brothers in Yemen. It was a deep honor to serve shoulder to shoulder with the coalition forces and the brave men of Yemen. Hoping that the future brings security and stability to the region [sic].”

Over seven months ago, a coalition of nine Arab states, including three Arab Gulf states, decided that their months of negotiating with armed insurgents in Yemen had led to nowhere and that the only solution left was to uproot the insurgency by force.

Prior to the Arab Coalition’s declared war on Ansar Allah, better known as Houthis –named after the founder of the militant group Hussein Al Houthi—Saudi Arabia and its Arab Gulf counterparts “spent nearly six months” negotiating with the insurgents in an attempt to broker a peaceful solution, according to diplomatic sources. However, “Houthis refused to listen to the sound of reason,” the diplomatic sources added.

The Arab Coalition’s intervention, also known as Operation Decisive Storm, came in response to an SOS appeal by Yemen’s President Abd Rabbuh Mansur Hadi who fled his country to neighboring Saudi Arabia when Houthis took over Aden.
Standing in front of the historic throne of Bilquis, one of the most renowned queens to rule Yemen and the wife of Prophet Solomon, Mansoor shared a #selfieduringwar moment. “Thank Allah; Maareb Dam has been liberated, the historic throne of Bilquis has been cleared from terrorists and the Arab Coalition flags have been raised in the area,” Mansoor said in one of his Instagram posts five weeks ago.

Houthi insurgents had fanned across Yemen, following their alliance with forces loyal to former President Ali Abdullah Saleh, who was toppled by his people in 2011. They had taken the nation hostage with brute force. The Arab Coalition has managed to curb the insurgency so far, while the Houthis have been pushed northwards after months of heavy fighting.

The Houthi threat to regional peace was another reason for Saudi Arabia and the UAE to rush to President Hadi’s aid.
The same diplomatic sources explained that satellite footage provided by the U.S. in January showed “SCUD missiles pointed towards Saudi Arabia.” Intelligence reports also revealed that Houthis owned nearly 300 ballistic missiles with ranges of “250km and 650km.” That was a potent threat to neighboring countries that share borders with Yemen, such as Saudi Arabia, according to diplomatic sources.

Houthis belong to a minority group comprising less than seven percent of Yemen’s 24-million citizens. Their rise to power causes concern to analysts, who were concerned as to a striking similarity with militant groups supported by Iran elsewhere in the region, namely Lebanon’s Hezbollah. Graffiti with slogans painted across towns taken over by Houthis eerily echo those used during the Islamic revolution in Iran, and employ the same colors of the Iranian flag.

But the Houthis deny any Iranian affiliation and claim that President Hadi’s term is illegitimate, as his interim tenure had ended in 2014. The Arab Coalition claims that Hadi’s transitional presidency remains legitimate until new presidential elections take place. Meanwhile, the majority of Yemen’s tribes, who are fighting alongside the Arab Coalition against the Houthis say that there’s no replacement to Hadi for the time being, and that the Houthis had favored a discredited president.
Iran has publicly expressed its support for the Houthis’ insurgency on numerous occasions, but have repeatedly denied providing military support to the armed militia.

In September, the Arab Coalition said it had seized an Iranian fishing boat laden with arms south-east of the Oman port of Salalah, and that it had detained its 14-member crew.

Meanwhile, with the UAE and other Arab Coalition members sending new batches of troops to Yemen this month, and replacing the first wave of soldiers dispatched there seven months ago, the war seems to drag on, but the coalition’s morals remain high. Hope for a victory is still on the horizon. 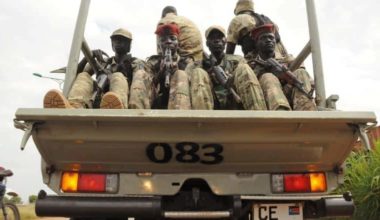 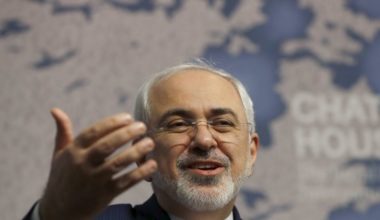