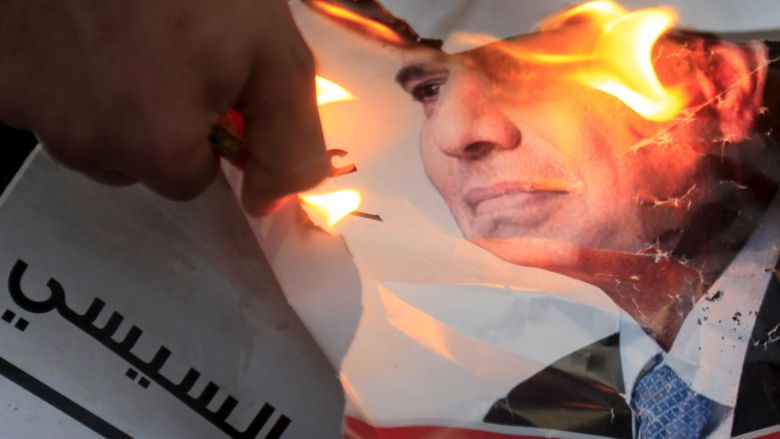 CAIRO, March 11 – “Your exellency: you are not working,” television presenter Azza al-Hemawy said, looking into the camera but addressing the Egyptian president. “Not one single issue has been solved since you took over.”

After years of hearing little but enthusiastic applause for Abdel Fattah al-Sisi and vilification of his enemies, the tens of millions of Egyptians who watch the country’s pugnacious talk shows are suddenly being presented with the president’s faults.

The former military chief who overthrew the Muslim Brotherhood to take power in 2013 is facing the first sustained public criticism of his rule.

State television, known for being fiercely loyal, launched an internal investigation on Wednesday into Hemawy for her remarks. But her comments were hardly isolated.

After years of publicly lionising Sisi as the saviour of the nation, many of the country’s most influential figures have emerged to blame the president for an economy in crisis, an Islamist insurgency raging in the Sinai peninsula and the brutality of an unreformed police force.

“Your state imprisons people for their thoughts and their novels,” one of Egypt’s most prominent newspaper editors, Ibrahim Eissa, wrote addressing the president on his paper’s front page last month, after authorities jailed a young novelist for including a sex scene in a book.

“What happened exactly to make our nation turn around with you to the era of searching consciences, putting minds on trial and imprisoning writers and authors?”

Eissa is no longstanding critic: he initially hailed Sisi’s rise as “a day of joy, a day of victory, a day of dignity, a day of pride, the day Egypt and its people were victorious”. As recently as three months ago he described Sisi as “the president with the most amount of popular backing in the world”.

Since then, it was not the media that had changed but the government’s record, Eissa told Reuters at his office on Cairo’s outskirts: “We aren’t more critical; there are now more mistakes.”

Sisi’s rise nearly three years ago ended a divisive experiment with rule by the Brotherhood and two years of unrest that followed the fall of longserving autocrat Hosni Mubarak.

A broad cross section of the public sincerely admired the stern general in dark sunglasses, who promised to restore stability to a country in chaos. Sweet shops could not sell cakes with his face on them fast enough. A year later he was elected with nearly 97 percent of the vote, winning ten million more votes than had been won by the man he toppled, Mohamed Mursi.

“Sisi came into power with huge levels of popularity,” said H.A. Hellyer, non-resident fellow at the Atlantic Council in Washington. “That was never going to last. This messiah status is unsustainable.”

In a rambling speech last month, Sisi appeared angry and unsure, complaining that Egyptians were focusing on his faults rather than his achievements.

The speech was met by an unprecedented deluge of sarcastic comments from Egyptians on the Internet, with a popular description on social media even comparing him to Libya’s eccentric deposed leader Muammar Gaddafi.

Previously docile politicians have emerged in recent days to snipe.

Mohamed Abu al-Ghar, a prominent secularist and former Sisi supporter, wrote a column last week accusing Sisi of presiding over a collapsed economy, a police force that “beats and tortures” and a government whose ministers are purely “ceremonial”.

Amr Moussa, a Mubarak-era foreign minister who led a committee to draft a new constitution after Sisi’s takeover, told a news conference on Tuesday the charter was under threat from laws passed by Sisi.

Hamdeen Sabahy, a leftist politician who first backed Sisi’s crackdown on Islamists but ran against him in the 2014 election, launched an initiative in recent days to rally opposition groups and present a viable alternative, unthinkable a year ago.

“Egypt is experiencing the death of politics, dismissal of other points of views, a demonising of alternatives, a call for blind unity,” he told Reuters.

Among the subjects that were once ignored is human rights. Security forces killed hundreds of Islamists in one day after Sisi toppled Mursi. Thousands were arrested, and the crackdown expanded to include secular activists. But few complained until now, acknowledged Eissa, the newspaper editor.

“There was national consensus on ignoring human rights abuses if they happen to terrorists; let them burn. And many didn’t care about oppressing activists,” he said.

“Suddenly people realised it happened to them too. Incidents of average citizens dying in police custody sparked protests.”

Last month, more than 10,000 doctors protested against police brutality after policemen beat two doctors at a public hospital. It was the largest demonstration since authorities curbed the right to protest in late 2013.

Some of the doctors compared the beatings to the 2010 death of Khaled Said, a youth whose killing in custody helped spark the revolt that brought down Mubarak.

“No one who is educated matters in this country,” Momen Abdelazim, one of the doctors who was beaten, told Reuters. “I am seriously considering immigration, at least for the sake of my one-year-old daughter.”

A week after the demonstration, a policeman shot a driver in a busy Cairo street in a dispute over his fare.

But perhaps more damaging for Sisi’s image has been the failure of the economy, despite his promises that life would get better now that he had ended the turmoil.

Sisi hails the building a new branch of the Suez Canal in a single year as a key achievement. But the project, built with $8 billion borrowed from the public at the height of his popularity, has so far failed to boost the country’s income.

Meanwhile, imported commodities such as cooking oil have been in short supply at outlets that offer subsidised goods to the poor, because a foreign exchange crisis has made it harder for state importers to secure regular supplies.

The government failed to replenish its stockpiles of rice, which is now mostly available only at the market price, far beyond what Egyptians are accustomed to paying.

Businesses complain of rising prices, falling profits and uncertainty over the fate of Egypt’s currency.

Manufacturers, including General Motors, have been forced to pause production at times because of difficulties getting imported components that have piled up at ports. Small importers say they are being put out of business by regulations aimed at cutting the trade deficit.

Public sector workers were furious in November when Sisi issued a new civil service law that would cut jobs. Thousands of bureaucrats, normally hesitant to oppose the government, attempted to protest and were stopped by police. Egypt’s newly elected parliament repealed the law, a rare show of dissent from a body dominated by Sisi loyalists.

“This law filled seven million government employees and their families with terror,” Eissa said. “The middle class suddenly thought this man whom we brought in, whom we love, is working against us.” 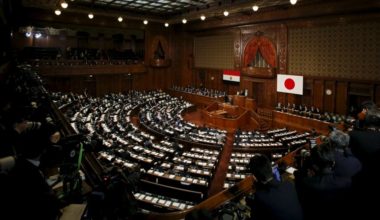 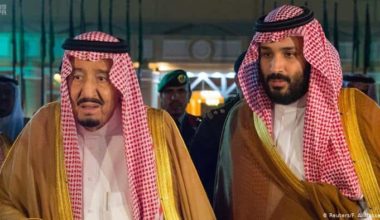 Read More
RIYADH, April 27 – Reforms promised by a young Saudi prince are couched in references to the kingdom’s…