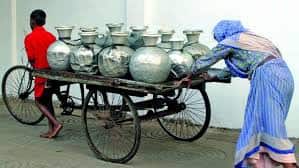 For decades, villagers in large parts of Bangladesh have been knowingly drinking arsenic—contaminated water—and slowly killing themselves in the process.

In fact, it is estimated that 43,000 people die in the country each year  from illnesses related to ingesting arsenic. While the diseases themselves are not unique—often cancers and cardiovascular disorders—the victims sometimes develop black lesions on their bodies, a tell-tale sign of regular arsenic ingestion.

Groundwater and soil across parts of southeast and south Asia are contaminated with naturally occurring arsenic, and the numbers affected are staggeringly high: around 20 million people are forced to drink, wash and cook with water gathered from polluted wells. Although many have grappled with the arsenic crisis for decades, and despite a groundswell of activity 20 years ago, apparent apathy and mismanagement have meant that the problem has persisted.

A study by Human Rights Watch (HRW) published on April 6 has now dragged the issue headfirst into the limelight. The study found that the Bangladesh government is failing to adequately provide safe water sources for people living in affected areas.

The New York-based organization blames nepotism and neglect by officials, and accuses the government of major failings to take basic and obvious steps to provide arsenic-free water to millions of the country’s rural poor.

“The government acts as though the problem has been mostly solved, but unless the government and Bangladesh’s international donors do more, millions of Bangladeshis will die from preventable, arsenic-related diseases,” Richard Pearshouse, senior HRW researcher and one of the report’s authors, tells Newsweek Middle East.

Donors and international agencies insist that it is the fault of Bangladeshi officials and processes. Some claim that systematic mismanagement by politicians is preventing the poorest people from accessing safe wells.

The crisis dates back decades to a time when shallow tube wells, of a depth of 30 to 50 meters, were constructed more often than not. The wells ensured that people were not reliant upon water from rivers and ponds that were also often contaminated by toxic water-born bacteria. It was not until the mid-1990s that tube well water was itself found to be polluted by the chemical element, affecting rural areas across the country’s western, central and south-east districts.

Once the health effects became apparent 20 years ago, the government and international agencies swung into action, testing water supplies from tube wells and painting them green for safe and red for unsafe, in an effort to make it clear to locals whether the water was potable. All told, around 5 million wells across the country were tested. The government also received funds from international donors such as the World Bank and Unicef, the U.N. children’s organization, to help it finance the digging of deeper, and therefore safer, wells, as they passed through the contaminated soil to clean water below.

According to Hrachya Sargsyan, Unicef’s chief water and environmental sanitation officer in Bangladesh, an estimated 12 million so-called safe wells were built by the government from 1993 onwards. However, of this number, around 10 million are on private property, meaning they are off-limits to others in the village or the region. As the general public cannot access the deep wells, many are forced to continue using polluted water to this day.

Just how did such an ambitious program of well-building fall so flat? The answer lies in what specialists say was a lack of proper process in allocating the wells at a grassroots level.

“The failing response to arsenic in Bangladesh is because of poor governance, it’s not a technical or scientific problem but a political problem,” says HRW’s Pearshouse.

He says that while the decisions to build new wells are made centrally, the government allows members of parliament to decide on the exact positioning of 50 percent of all new wells. As a result, they often end up on the private properties of individuals as rewards for political favors or support, or on the estates of friends, families and compatriots of the MPs.

“I found some behind fences in backyards or even installed inside private houses and used by a single family, in villages where almost no one else has safe water,” says Pearshouse.

HRW has conducted interviews with 134 people and examined data from 125,000 wells. Some of the villagers gave first-hand accounts of being given the choice to either pay a local official for a private well, accessible to only a handful of people, or not have access to safe water.

“It has been at least 10 years since arsenic people came from the government to conduct tests and paint the tube wells red or green. I wish they’d come back and do their job properly,” Argrahayan, a man in his mid-50s suspected of arsenic-related health conditions, told HRW.

“It’s mostly the poor being affected who cannot afford to have alternative water sources or a private well,” says Dr. Kazi Matin Ahmed of Dhaka University’s Department of Geology.

“Those wells don’t go exactly to where they’re needed.”

The role of international donors also came under scrutiny in the report, which found that among the tube wells installed in projects by Unicef and the World Bank, a number were contaminated above the national standard.

Of a recent Unicef-supported project to install around 20,000 wells, 1,733 had unacceptably high arsenic levels, something that was only discovered a few years later in 2013. Unicef swiftly replaced or fixed the unsafe wells, only to find that around 5,000 other government-installed wells were also contaminated. To date, these have not been fixed. HRW says it is likely that at least some of these wells were installed as part of a 13,000 rural project funded by the World Bank.

In an email, the World Bank’s country director for Bangladesh, Qimiao Fan, said that the Bank has been helping to reduce arsenic contamination since 1998 and continues to undertake rigorous monitoring measures, as well as working with the government on other quality control measures.

Unicef says one of its main functions in the country is to work with the government on its water program, but it faces significant obstacles in doing so.

The first cases of arsenic-induced skin lesions were identified in 1983 by the School of Tropical Medicine in Kolkata, the closest major Indian city to Bangladesh, according to a 2000 report by the World Health Organization (WHO). The first patients to be diagnosed as suffering from arsenic contaminated water hailed from the state of West Bengal.

However, within four years, many patients from across Bangladesh had also been identified. Contaminated water was found to be the primary cause of the characteristic skin lesions.

Tube wells have been used in Bangladesh since the 1940s, but they have increased in number over the past 20 years, as concerns had grown over exposing people to bacteria present in surface water. Bangladesh used to have the highest infant mortality rate in the world, and efforts to reduce the number of deaths by providing clean water sources have had a knock-on effect, leading to the current public health issue.

From 1993, rigorous testing was done of wells around the country, and about half were found to contain arsenic levels above the national standard of 50 ug/L (microgram per liter). The U.S. and the WHO standard level is far lower, at just 10 ug/L. However, Allan H. Smith of the Arsenic Health Effects Research Program at the University of California Berkeley, says in some cases arsenic levels are as high as 1000 ug/L. Drinking the contaminated water can lead to numerous diseases, primarily lung cancer, bladder cancer and heart attacks.

“At concentrations around 500 ug/L, more than one in 10 people who drink the water will eventually die from it,” says Smith, who is also one of the HRW report writers.“In Chile [another arsenic-affected country] we have shown that cancers may occur even 40 years after arsenic exposure is stopped.”
The Bangladeshi government has rejected the HRW report, calling it “flawed and false.”

At a press conference on April 7, government minister Khandaker Mosharraf Hossain was strongly opposed to the report’s findings. “We do not find any new cases of arsenic [poisoning]. So the claim of 40-45,000 people’s deaths from arsenic is false. We can’t accept it.” But Unicef’s Sargsyan tells Newsweek Middle East that after the report was released, he attended meetings in Dhaka in which government officials were discussing the findings—an indication that the crisis, and the report, were being taken seriously.

“Ten years ago they might have insisted that [arsenic mitigation] was going well, but now they’re talking more openly about the issue,” he says.

“I’m not optimistic, but maybe this report will help bring arsenic up the order of priorities,” says Ahmed of Dhaka Univeristy. “That would be a good thing.” 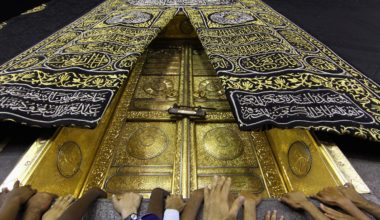 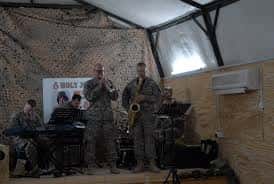