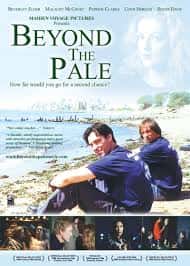 In 1996, Stephen Holmes wrote a piece in The New York Times on the rising influence of Arab Americans in that year’s U.S. presidential elections. Reporting from Dearborn, Michigan, home to America’s largest Arab American community, Holmes revealed how Republican and Democratic leaders competed against each other to woo Arab American voters. He even suggests that the days of excluding Arab Americans from civic life are over.

“Gone are the days when Walter F. Mondale returned donations made by Arab Americans to his 1984 Presidential campaign or when Michael S. Dukakis told a group of Arab-Americans in 1988 that he did not want their Presidential endorsement,” Holmes writes.

Twenty years later, things could not be more different—or worse—for Arab Americans, South Asians, and just about anyone who is not a straight white male in America. As of last week, Donald Trump is now officially the last standing Republican U.S. presidential candidate, a remarkable feat, given that top Republican leaders have spent millions to defeat him.

Trump’s popularity, it seems, comes from his willingness “to speak freely,” as his supporters are fond of saying. What is baffling is how he has made it this far without raising a significant amount of money or articulating any concrete policy ideas. So far during his campaign, he has derided women, Mexicans, Muslims, Asians, Native Americans, and even the disabled. A few weeks ago, he performed an impression of an Indian working at a call center—something his supporters loved.

For Arab Americans, South Asians, and Asian Americans, the rise of Trump has pushed these communities to reconsider how they approach civic engagement, as well as how they articulate their identity in an increasingly racialized and polarized America.

Immigrant communities in the U.S., especially those from the Middle East and South Asia, have long tried to find legal and societal acceptance by presenting themselves as “non-colored.” That is to say, many immigrants have long tried to benefit from the legal privileges of being white in America. At the same time, many Arab and South Asian Americans have tried to distance themselves from being black, given that to be black in America was and still is, sadly, to be a pariah—at least in the eyes of parts of white America.

Part of the reason immigrant communities like Arab Americans articulated their identity this way is because of the peculiar history of racial bias in the U.S. As the legal scholar Khaled Beydoun writes, U.S. law until 1952 mandated that immigrants in America had to be white in order to qualify for U.S. citizenship. Arab Americans benefited accordingly, because Arabs have been designated as white by U.S. law since 1944. This meant that Arabs could enjoy the full benefits of U.S. democracy long before other immigrants, such as Chinese Americans, in the U.S. could.

This helps explains, in part, why Arab Americans were the first to build places like mosques, community centers, and restaurants. While it should still be said that early Arab immigrants to the U.S. were trailblazers, it should not be forgotten that U.S. law allowed them to do things such as purchase land that other immigrant communities could not until much later.
However, if being white has a historical legal advantage, why are Arab Americans now eager to be classified as being anything other than “white”?

For the past few years, there has been a widespread effort by Arab American leaders to be designated as simply “Arab” on the upcoming U.S. census in 2020 (in contrast to white, as for decades they have been classified by the U.S. census).
There are advantages to a distinct designation, including having better data to diagnose, for example, the growth of diabetes in the Arab American community. But the real issue may in fact be due to an entirely separate issue. For Arab Americans, especially after 9/11, many no longer feel like they are well treated or respected. At a university in Portland, Oregon, several Arab Americans students told me this election has been pivotal in shifting their image of themselves.

“I don’t think I would have called myself a person of color a few years ago. Now when I see Trump and his white supporters on campus, I think, well, maybe I am not white like parents said I was,” said Ayman Rashid, a 20-year-old Palestinian American student, who came to the U.S. from Jordan when he was five.

Rashid pointed to his skin and said that as “a light skinned Arab,” as he called himself, he never really had to think about his skin tone until recently.

But things are different now. “I realize that being white is not really about skin color. Being white is a whole history that I am not a part of,” Rashid said. Like many others I spoke with, he said he was influenced by the Black Lives Matter movement, as well as the changing dynamics of pop culture.

“It’s become OK to say the phrase ‘white people’ on TV. It’s kind of crazy and so I say it these days too, even though my parents don’t like me to say this phrase,” he said.

These changes are beginning to manifest themselves in the political arena, too, where a new crop of rising Arab American and South Asian political candidates are speaking about race in entirely new ways.

Consider the case of the Indian born Pramila Jayapal, who is running for U.S. Congress this fall. The 50-year-old Democrat, who currently serves in the state legislature in Washington, came to politics late in life, after completing her MBA and working in business. At a recent lecture in Portland, Oregon, Jayapal said her engagement in politics began after the 9/11 attacks when she created the group “Hate Free Zone” to combat the backlash directed at South Asians, Arabs, and Muslims.

Jayapal is part of a growing trend of South Asian American leaders whose ideas about the U.S. were formulated at a time in which civil rights were drastically curtailed. Many South Asian Americans do speak about xenophobia and racism, but become reluctant to do so as soon as national office beckons. Jayapal is trying to change this script by building a Congressional campaign based, in part, on challenging the U.S. on its racial fault lines.

It is for this reason, for example, that she is proposing to change the names of parks and lakes in Washington state, such as Jim Crow that are an offensive reminder of America’s hate-filled history.

In doing so, Jayapal is forcing Americans to expand their discussion of race beyond the customary black and white binary. But she is also pushing South Asian Americans to reconsider their approach to race, too. When Bobby Jindal, the Indian American Republican governor of Louisiana, commissioned a painting of himself for the state capitol, many on Twitter mocked him for selecting an image in which his skin appeared almost white. His gesture seemed to embody the old South Asian axiom: To excel in America, downplay your ethnic identity and make white people feel at ease.

Jayapal is trying to demonstrate that another path to national office may in fact exist for South Asian Americans.
“I learned early on that you do not win anything if you downplay these issues,” she told me. “I am not going to shy away from the fact that I am a woman, an immigrant, and a person of color. It’s the right thing to do.”

Today, she faces an uphill battle to win a seat in the U.S. Congress, in part because she needs to raise well over a million dollars to become a serious contender. But regardless of the outcome, she is already celebrated as a trailblazer, not only for her willingness to tackle questions of race, but also because for much of U.S. history, people like her were systematically excluded from public life.

Kambiz GhaneaBassiri, an Iranian American Professor of Religion at Reed College, believes that after 9/11, communities such as Arabs, South Asians, and Iranians began to identify themselves along side other non-white communities, such as Asian Americans, because they wanted to make historical connections to past events, such as the U.S. internment camps for Japanese Americans in the 1940s.

“I think people began to make calculations about the benefits of articulating their identity in a broader framework that related to other communities of color in America,” GhaneaBassiri said.

Social media has accelerated much of this cross cultural solidarity and now a broader swath of Americans are speaking about the institutional privileges afforded to white Americans. David Shih, a Chinese American professor of English literature at the University of Wisconsin, believes this is a positive thing.

“Too many people act as if ‘white’ is some kind of neologism when it has been a part of legal statues and vernacular speech for centuries. How can we ever reckon with what the idea of whiteness has wrought if we are too polite or timid to introduce it into conversation?” Shih said. Shih also added that he is seeing Asian Americans tackle questions of race and identity in ways he has never seen before, something he finds encouraging and overdue.

As the U.S. presidential election ramps up, Trump has promised his supporters that he will strike a more inclusive tone. That has not really happened, though. Last week, Trump chose a delegate, William Johnson, to represent him at the upcoming California primary who is an outspoken white nationalist supremacist. Trump later dumped the delegate, blaming it on a database error, but it may in fact underscore how dangerously close his campaign skirts extremist views.

Political pundits, of course, are quick to point out that Trump will likely lose the general election, in part because he is performing poorly among women voters, as well as non-white voters.

This may be true but regardless of the outcome, Trump is pushing more and more Americans, especially Arab and South Asian Americans, to examine just where, and how, they fit in a post-Obama era where the term ‘white’ is becoming narrower and narrower.