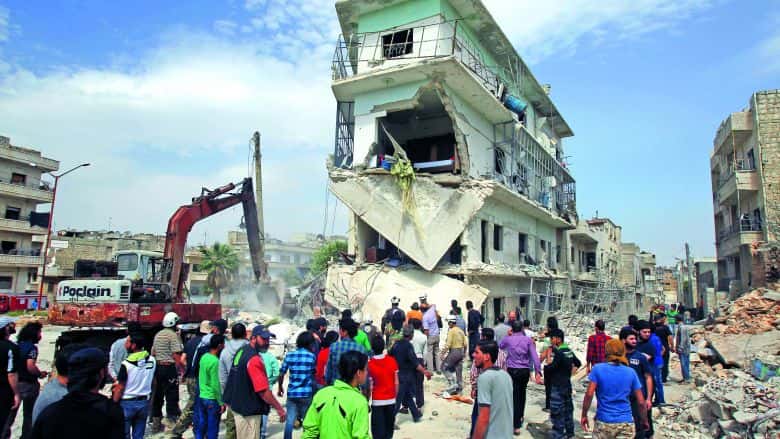 After five years of continuously worsening conflict in Syria, the chances of any decisive outcome are bleak at best. The superpowers and their allies continue to dither at the negotiating table, exacerbating the conflict and the misery of millions of Syrians.

The country is rapidly fragmenting. Nearly 470,000 have died in the conflict, according to the most recent Syrian Center for Policy Research (SCPR) estimate. With ceasefires rapidly collapsing across the country, the prospects for Syria look grim.

The complexity of the conflict in Syria is almost too difficult to grasp. Today, there are dozens and dozens of rebel groups fighting the regime and its backers. Iran has its own troops on the ground, not including the thousands of sectarian militia-men it has sent to the war ravaged country. In the north, Syrian Kurds seek their own slice of land, to the chagrin of both regime and opposition forces. Meanwhile the forces of Daesh still control vast areas of central and eastern Syria.

But in this whirlpool of complexity, the axis of Saudi Arabia and Turkey has become the one to watch. Increasingly impatient with the lack of results on the ground, both nations have publicly contemplated entering into the fray to settle the conflict once and for all. The allies are said to have conducted four joint military trials in just five months.

In the midst of these discussions, it is important to consider whether any Riyadh-Ankara led intervention can produce the changes on the ground that could bring an end to years of stalemate—and forge a lasting peace. Does either nation possess the requisite firepower, or indeed the political willpower to see such an intervention through to a conclusion?  What would such an intervention entail and what would the goals, costs and likely outcomes of such an intervention be?

The ongoing military campaign in Yemen (where Saudi Arabia heads a coalition of nations fighting against a Houthi insurgency, backed by former President Ali Abdullah Saleh) may provide some clues as to how a potential Syrian military intervention would take shape.

The 15-month long conflict has provided some vital lessons and experience to the Gulf militaries. The scale of the war in Yemen, as well as the human toll it has taken on both sides, has provided many units operating on the Kingdom’s southern border and within Yemen with significant experience in combatting guerrilla-type warfare. And although the price paid in casualties has been high, particularly for Border Guard units, Saudi Airborne units and artillery battalions of the Saudi Arabian National Guard (SANG) have proved to be very effective. By regional standards, Saudi Arabia has one of the best-equipped forces and is also the second largest operator of Apache helicopters in the world, which if utilized properly provides for effective close air support, with the additional value of eliminating the inaccuracies of high altitude air strikes.

Ultimately some tough—although much needed—lessons have been learned over the past 15 months. And while the air campaign in Yemen has come in for heavy scrutiny and criticism, the performance of land-based forces has been substantially better. Gulf Cooperation Council’s (GCC) forces led by Saudi Arabia and the UAE demonstrated an effective capability in joint operations warfare in the initial reconquest of Aden in July 2015. Furthermore, the coordination on the ground between the Gulf states coalition and forces loyal to President Hadi, including the southern resistance, effectively removed Houthi and Saleh forces from the city in a decisive manner.

With only a few thousand troops currently stationed on the Yemen border, on paper at least, Saudi Arabia is capable of conducting sustained military operations on multiple fronts. As with Yemen, any military deployment would require a heavy reliance upon special forces, backed up by small tactical units from other branches. For the time being however, it seems sensible to assume that Saudi special forces would operate alongside Turkish units, using the current Command and Control (C4I) facilities available at Turkish bases at Incirlik, Malatya and Diyarbakir to coordinate close air support if required.

As Saudi Arabia has stated on multiple occasions, the main aim of any military intervention would be to first target Daesh, though this has changed recently to include a “Plan B” for the potential removal of Bashar Al Assad. Quite whether this could be achieved or not is contentious, but there is no doubt that the Gulf still considers a military option against Assad as available.
The three main goals and desired end for a Saudi-Turkish military intervention would be: firstly to raise the stakes for Russia and Iran, in effect forcing them to either escalate or seriously enter negotiations with a view to stopping the conflict and saving lives. Secondly, to defeat Daesh or greatly roll them back and weaken them to the point where they present little strategic threat. Thirdly, to create enough political space and battlefield advantages for the rebel groups they back, so that they are able to regain lost territory, affording them a stronger bargaining position at any future negotiation table.

But Saudi Arabia and Turkey need to carefully consider the costs of their proposed intervention. For the Kingdom, an Iran-Assad victory—that would be defined by Riyadh as the survival of Assad’s regime, bolstered by the presence of Iranian military and proxy groups in country—would be a serious blow for Saudi Arabia’s strategic goals in the region. It would forever place the Syrian government under the orbit of Iran, and that, in turn, would also affect Saudi interests in Lebanon, and weaken its alliance structures across the region; a scenario that must be avoided at all costs. But the costs of intervening involve the risk of a direct altercation with either Iranian troops, or even worse, Russian. This could seriously escalate the conflict to the point of uncontrollable war between states. Neither Riyadh, nor Moscow would welcome such an escalation of course, and so it could potentially be managed by way of sensible diplomacy. But the risks are great, and there is no guarantee that a limited intervention would not escalate into a far greater conflagration.

Additionally there are immense difficulties for Saudi and Turkish troops once they have established a presence in country. Coordinating military operations with the various competing militias and their competing military goals is destined to lead to confusion and potential cross purposes. There would need to be direct external military control over all groups operating in the area. Furthermore if Turkish-Saudi led forces begin to sustain casualties, there will be an inevitable domestic call for strategic clarity and a victory that may be difficult to achieve. Consequently, mission creep could very quickly take over, in which Saudi Arabia and Turkey become bogged down in the Syrian quagmire simply so they do not lose face.

For Turkey, geography has dealt them a bad hand. Millions of refugees from the conflict strain Turkish resources and continue to pass on through to other countries providing other pressures on Turkish politics. In addition to facing daily shelling attacks on the border town of Kilis, the Turkish army has already engaged in artillery exchanges with the Syrian army, as well as the Kurdish YPG forces. In 2012 a Turkish F4 was shot down by Syrian air defences, and Ankara is still contending with the political consequences of shooting down a Russian fighter bomber last year. Turkey understands the costs of military escalation better than anybody, and the stakes are even higher for Ankara than they are for Riyadh. In truth, there are no longer good options on the table for Turkey. Military escalation is fraught with risk, but the price of doing nothing has also laden Turkey with unbearable security risks, both internal and external. It is difficult to see how Ankara can stand by and do nothing for much longer.

But the operation would have to take place under the watchful gaze of the U.S. although unlike the Yemen operations, in which U.S. and U.K. personnel sit in the coalition command and operations room assisting with targeting and strike coordination, it is doubtful that any military operations in Syria that do not target Daesh would receive any assistance.  This despite repeated calls from U.S. allies in Syria that they are not receiving enough aid or military support to be able to conduct operations effectively.
Given Washington’s lacklustre attitude, both Ankara and Riyadh would have to weigh up the implications of operating without U.S. support in a highly complex theatre, which lessens the attractiveness of longer term military deployment.

With all these difficulties in mind, it is worth remembering that the cost of inaction is still high. It is an anathema that Assad, sitting safely in Damascus, may end up stonewalling negotiations indefinitely, all the while claiming to fight terrorism, yet doing little to fight Daesh, and overseeing the further destruction of Syria. Saudi Arabia and Turkey do possess a military option to force Assad back to the table, but it is risky and could potentially backfire badly. Ultimately, it may be that Riyadh and Ankara temper their ambitions to a small territorial deployment around northern Aleppo for the time being, before assessing whether any further military gains are possible.

Michael Stephens is Head of the Royal United Services Institute in Qatar. Omar Mohamed is a research analyst at DERASAT (Bahrain) who focuses on geopoltical and military affairs. 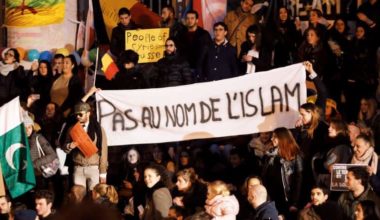 Read More
IT was with ill-contained glee that Donald Trump seized upon the suicide attacks in Brussels to demonize Muslims.…
FFeatures 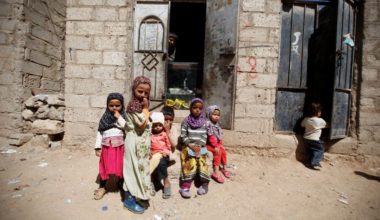 Read More
In 2014, Iran-backed Houthi rebels (also known as Ansar Allah) launched an offensive that took over most of northern…