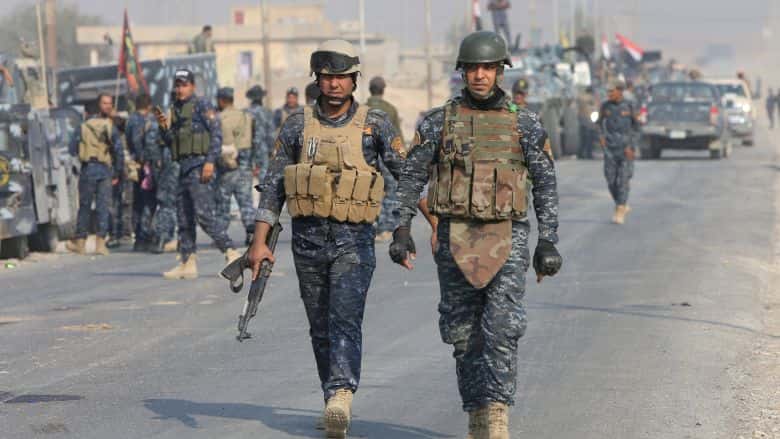 QAYYARA/BAGHDAD, Iraq, Oct 27- Daesh fighters kept up on Wednesday their fierce defence of the southern approaches to Mosul, which has held up Iraqi troops there and forced an elite army unit east of the city to put a more rapid advance on hold.

Ten days into what is expected to be the biggest ground offensive in Iraq since the U.S.-led invasion of 2003, army and federal police units aim to dislodge the militants from villages in the region of Shora, 30 km (20 miles) south of Mosul.

The frontlines in other areas have moved much closer to the edges of the city, the last major stronghold under control of the militants in Iraq, who have held it since 2014.

The elite army unit which moved in from the east has paused its advance as it approaches built-up areas, waiting for the other attacking forces to close the gap.

“As Iraqi forces move closer to Mosul, we see that Daesh resistance is getting stronger,” said Major Chris Parker, a coalition spokesman at the Qayyara airbase south of Mosul that serves as a hub for the campaign.

The combat ahead is likely to get more deadly as 1.5 million residents remain in the city and worst-case U.N. forecasts see up to a million people being uprooted.

A Reuters correspondent on the southern front met villagers and police who said their relatives had been taken as human shields to cover the fighters’ retreat from the area.

The militants have been using suicide car-bombs extensively to fight off the advancing troops, according to Major General Najm al-Jabouri, the commander of the Mosul operations.

He said his soldiers had destroyed at least 95 car bombs since the battle started on Oct. 17.

Outside the village of Saf al-Tuth, Jabouri directed heavy machine-gun fire at a sparse concrete building on a ridge where his men believed a sniper was hunkered down. Volleys of rockets flew over the ridge with a whoosh and pounded the village itself with loud booms.

U.N. aid agencies said the fighting has so far forced about 10,600 people to flee.

“Assessments have recorded a significant number of female-headed households, raising concerns around the detention or capture of men and boys,” said a news release from the office of the U.N. humanitarian coordinator for Iraq, Lise Grande.

Grande told Reuters on Tuesday that a mass exodus could happen, maybe within the next few days.

In the worst case scenario, Grande said, it was also possible that Daesh fighters could resort to “rudimentary chemical weapons” to hold back the impending assault.

The fall of Mosul would mark Daesh’s effective defeat in Iraq. The city, sometimes described as Iraq’s second largest, is many times bigger than any other Daesh has ever captured, and it was from its Grand Mosque that the group’s leader Abu Bakr al-Baghdadi declared a “caliphate” that also spans parts of Syria.

A senior U.S. official said about 50,000 Iraqi ground troops are taking part in the offensive, including a core force of 30,000 from the government’s armed forces, 10,000 Kurdish fighters and the remaining 10,000 from police and local volunteers.

Iraqi army units are deployed to the south and east, while Kurdish fighters are attacking from the east and the north of the city where 5,000 to 6,000 jihadists are dug in, according to Iraqi military estimates.

Roughly 5,000 U.S. troops are also in Iraq. More than 100 of them are embedded with Iraqi and Kurdish peshmerga forces advising commanders and helping coalition air power in hitting targets. They are not deployed on frontlines.

Every power in the Middle East has claimed a stake in the fight against Daesh, making theMosul operation a strange coalition of nations and groups that are otherwise foes.

The attacking forces are set to increase soon if Iranian-trained Shi’ite militias join the U.S.-backed Iraqi forces. The militias’ presence is contentious because of concern that they could alienate mainly Sunni Muslim residents of the area.

The militias, known collectively as Hashid Shaabi, or Popular Mobilisation Forces, said last week they would help the army take back Tal Afar, a mainly ethnic Turkmen city west of Mosul on the road linking Iraq to Syria.

Hadi al-Amiri, head of Badr, the most powerful group within the PMF, appeared to play down the suggestion that the group would soon join an advance in Tal Afar.

“We will not go to Tal Afar now,” he said. He also said the PMF intended to enlist both Sunnis and Shi’ites from Tal Afar to fight against Daesh

Turkey and Iraq’s Shi’ite-dominated central government are at loggerheads over the presence – unauthorised by Baghdad – of Turkish troops at a camp in northern Iraq. Ankara fears that Shi’ite militias, which have been accused of abuses against Sunni civilians elsewhere, will be used in theMosul offensive.

U.S. President Barack Obama told Turkish President Tayyip Erdogan in a phone call on Wednesday that he welcomed continued talks between Iraq and Turkey to seek agreement on Ankara’s participation in the drive against Daesh, the White House said.

Both leaders affirmed their support for Iraq’s sovereignty and territorial integrity, the White House said.

In a sign of Iran’s influence, Kurdish political analyst Ranj Talabany tweeted a picture purportedly showing General Qassem Soleimani, the head of the al-Quds force, the extra-territorial arm of Iran’s Revolutionary Guards, touring the frontline held by the Kurds north of Mosul.

The picture was said to be taken in Bashiqa, the region where Turkey is maintaining troops to train local Sunni forces.

Daesh fighters have tried to divert combat from the main front near Mosul by launching attacks on other cities.

The Iraqi army said on Wednesday it had regained full control of the western town of Rutba on Wednesday, three days after Daesh attacked it, in an apparent effort to divert Iraqi government troops from the assault on Mosul.

The militants at one point controlled half of the town on a key route to Syria and Jordan in Anbar province, a hotbed for the largely Sunni insurgency against Shi’ite-led government. 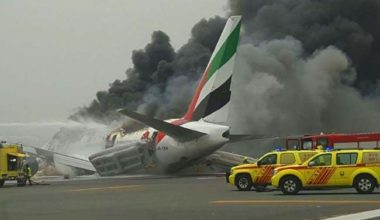 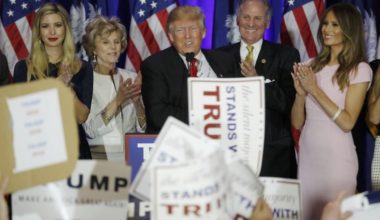