Mature economies have proven the need to implement a modern bankruptcy law in each country that wishes to strengthen its economic status. The aim behind the federal bankruptcy law is to attract capital in a safe and attractive investment environment, and provide protective legislation and legal acts to help establish a clear and transparent legal framework that protects all parties, achieves balance between creditors and debtors, and prioritizes creditors with guarantees over any debts.

The bankruptcy law will support the UAE’s strategic plans to develop its economic, financial and legislative structure. The law will also enhance the UAE’s global competitiveness in international ranking reports, which will support sustainable economic growth.

Enhancing the UAE’s global competitiveness, developing a strong economy for the country and protecting the rights of the members of the commercial sociality by safeguarding the rights of both creditors and borrowers in insolvency situations are some of the key factors that we have taken into consideration when drafting the new bankruptcy law. By introducing the correct legislative actions, the new bankruptcy law will increase confidence in the markets, and will therefore, enhance the willingness of lenders to provide credit, along with improving the ease of doing business.

The new law has been set as a separate law, detached from the country’s ‘Commercial Transactions’ Law. Thus, it should be regarded as an important legal initiative by the UAE, a result of the contribution and cooperation of various UAE government departments and legal authorities.

The ministry of finance has undertaken the mission of introducing a law that meets the modern legislative and economic standards, while taking global economic and business developments into consideration.

These efforts have led to the endorsement of the new bankruptcy law, and distinguished it from similar legislations in the region and worldwide.

The law was designed to administrate various types of bankruptcy cases, and regulated the legal tools required to restructure debtors’ finances under clear-cut terms of a well-established legal framework.

The new bankruptcy law is expected to play a pivotal role and to be one of the most important pillars of the UAE’s national economy. It will provide protection for all concerned parties and will be a key factor in bringing new capital to a safe and attractive investment environment.

The law will also allow insolvent borrowers to restructure their finances and pay their debts without disrupting business operations, in accordance with clear and transparent legal conditions, making it unique and the first law of its kind in the region.

Furthermore, the new law is essentially based on the best international practices in the fields of bankruptcy and debt restructuring; it contains many distinguished features, provides a comprehensive legal framework with full transparency and offers protection for secured and non-secured creditors.

The law focuses on preventing bankruptcy proceedings where possible.

It maximizes and protects the value of the debtors’ assets and allows companies that are able to carry on with their operations to restructure their business and finances instead of having to go bankrupt.

The FRC has the authority to supervise the execution of a consensual out-of-court financial restructuring tool, also set forth by the new bankruptcy law.

Under the provisions of the new law, the FRC appoints experts to help provide debtors with alternative solutions to avoid bankruptcy, and the early liquidation of their assets.
This tool is available for financial institutions licensed by the regulatory authorities such as the UAE Central Bank and the Securities and Commodities Authority (SCA).

These entities have the right to submit a request for the financial restructuring to the FRC, which in turn appoints experts who will then provide their technical advice on restructuring the debt.

A special system will be set for all financial restructuring procedures, in cooperation with the regulatory authorities.

Under the provisions of the new law, the FRC’s role includes, but is not limited to, overseeing the procedures of any consensual out-of-court financial restructuring; preparing an approved list of bankruptcy experts; and appointing trustees in ‘Financial Restructuring’ procedures.

The list of experts on bankruptcy shall be made available for any court proceedings.
It is in that sense that having qualified experts in the fields of bankruptcy and financial restructuring will enhance the effectiveness of the law.

As well, the FRC has the power to oversee the appointment of financial restructuring experts, in addition to establishing, as well as maintaining, a national electronic database of individuals who have had bankruptcy rulings against them, including restrictions set by the court or loss of eligibility.

The committee may also suggest amendments to the law and determine any fees incurred as well as any other tasks or mandates assigned by the UAE Cabinet.

AVOIDING BANKRUPTCY
The law identifies different ways to avoid bankruptcy cases and the liquidation of a debtor’s assets. This includes consensual out-of-court financial restructuring; preventative composition procedures into bankruptcy (an Offer of Composition is a conciliation offer by the bankrupt party to their creditors that they are able to pay them some of the money owed. Should the creditors accept the offer, the bankruptcy can be terminated after the funds are received); financial restructuring and the potential to secure new loans under terms set by the law.

The law further shields the debtor from prison if he is part of a preventative composition procedure, or undergoing financial restructuring or is already in a bankruptcy-related case.

In fact, the new law protects the rights of the debtor during bankruptcy proceedings. However, like any other modern law, the UAE federal bankruptcy law outlines the consequences for committing fraudulent acts or intentional embezzlement.

FRAUDULENT ACTS
The law identified bankruptcy debts as all outstanding debts which need to be paid when the debtor’s bankruptcy is declared.

If, on the other hand, the debtor’s current assets do not cover, at any time, his current and future commitments, he will be considered bankrupt.

This, however, will be estimated by the competent court.

The law outlines a number of penalties for committing fraudulent bankruptcy acts, which include, but are not limited to, a prison sentence of up to five years as well as fines not exceeding one million dirhams ($273,225).

The practices that lead to such penalties include, but are not limited to:

1 The debtor announcing bankruptcy and concealing or destroying some or all of their financial books;
2 and/or embezzling part of the money or concealing it;
3 and/or providing false information about their current debts;
4 and/or receiving the composition procedure or financial restructuring through fraud;
5 and/or receiving any other settlement in a fraudulent manner.
The law states that if any of the aforementioned actions have been committed, the board of directors of the bankrupt company, as well as its executives, will be imprisoned for a term not exceeding five years and fined an amount that does not exceed one million dirhams.

Executives and board of directors’ members will also be held responsible if:
1 They announce false paid up capital (fictitious capital);
2 The distribution of fictitious profits;
3 And if they receive bonuses exceeding the amount stipulated by the law or in the Memorandum of Association or Articles of Association.

The law shall not apply to bankruptcy cases filed in courts prior to its issuance, but will follow procedures stated in the Commercial Transaction Law.
The new law, however, is expected to influence the court’s view on any procedures.

THE OUTCOME
The law highlights several outcomes once bankruptcy is declared. This includes the prevention of debtors managing their money or paying any debt once they have been declared bankrupt, and/or managing any assets.

The court may also appoint a “Supervisor” from the creditors who have nominated themselves to monitor the composition or financial restructuring procedure.

The supervisor’s role is to support the trustee and the court in protecting the debtors’ rights, monitor the implementation of restructuring plan, and inform the court about any irregularities. Furthermore, the new law allows debtors to review, consult and suggest any amendments to the plans presented by the trustee.

Secured creditors under composition or financial restructuring or bankruptcy have better privileges than ordinary (non-secured) creditors. Secured creditors are entitled to execute their rights and liquidate the assets given to them as security with minimum procedural requirements.

The law bans debtors from concealing their money once they have been declared bankrupt.

The court has the right to order that the debtor’s place of business and funds be sealed, and to appoint a trustee in bankruptcy to conduct an inventory of funds for the debtor.
If a joint liability company goes bankrupt, the shareholders also face bankruptcy due to their responsibility to pay off the debt.

The law states the responsibility of each person who owns shares and is liable to pay off the debt with their own funds. The court appoints a trustee to oversee bankruptcy proceedings for both the company and shareholders.

The law states the legal responsibility of executives and boards of directors if the assets of a company are insufficient to cover at least 20 percent of its debts.

The court may order members of the board of directors to pay the debts of the company, in whole or in part, but only where the court finds that:

1 The directors are found liable for a breach under the Commercial Transactions Law and
2 Such a breach caused the shortfall payment. The court reserves the right, in consultation with the trustee, to order the partners or shareholders in the company to provide the remaining value of these shares or stock.

This new bankruptcy law marks an important development for the UAE’s legislative and regulatory infrastructure and it is expected to play a role in helping the government achieve its vision: to place the UAE amongst the top countries in the world by 2021, which is also the UAE’s Golden Jubilee of the Union.

H.E. Obaid Al Tayer is the UAE Minister of State for Financial Affairs.

Exhibition Offers a Manifesto of Hope for Syria 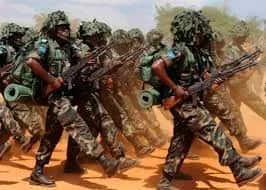 Read More
What started as a joke for many, when Donald Trump announced his candidacy for the presidency of the…