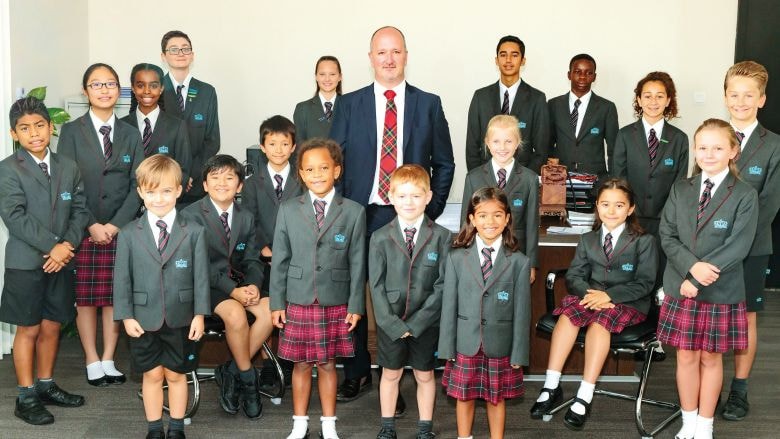 Education: Is It Just A Business?

In a bustling emirate that has unquestionably turned into the Middle East’s main business hub over the past two decades, a growing number of private investors are tapping into Dubai’s education sector—a move that’s proving to be a double ended sword for parents.

“On one hand, more schools coming on stream mean better choices for us as parents and a better performance by these schools, as competition will eventually drive them to give their best,” Farah Farhat, a mother of three who has been a long-term resident of Dubai, tells Newsweek Middle East.

“But on the other hand this increased investment is resulting in astronomical tuition fees in most of the new schools, making it financially hard for many parents unless a company is footing the bill,” she says.

Farhat, who just took a decision to move back to her home country of Lebanon this academic year, had her eldest son enrolled in a Jumeirah-based school last year, where tuition fees range between AED50,000 to AED80,000 a year ($13,620 to $21,800).

“It’s true that school fees were not the main reason behind our decision to move back, but it definitely played a very important role in making that decision much easier,” she says.

While school fees may not have been Farhat’s main reason to pack up and leave, it has been for some other families, including the Thompsons.

In an emailed interview, Matt Thompson, a Canadian father of three who moved back to Canada earlier this year, told Newsweek Middle East that high tuition fees played “a large part” in his family’s decision to relocate.

“With school fees etc. we could never get ahead in Dubai,” he says. “Our Daughter Alia would need to be in school this year or at [the] latest next, and these costs would put us past the point of being able to manage,” he says.

In the past decade, Dubai witnessed a robust growth in population, with the number of its residents growing from about 1.5 million in 2007 to nearly 2.5 million in 2016.

And with the majority of its residents being expats—many with young children—the increased demand for quality education recognized internationally has become a more pressing issue, presenting a lucrative opportunity for investors who are rushing to cater to this growth in demand.

As a result, the number of private international schools in Dubai jumped from 148 in 2011-12 to about 185 this academic year, and according to a recent report by Dubai’s Knowledge and Human Development Authority (KHDA), the sector is looking seriously profitable. Last year, private schools brought in a revenue of approximately AED6.1 billion, making up 1.7 percent of Dubai’s GDP.

“At the end of the day, there is a higher disposable income in Dubai, and many people are willing to pay high fees,” Sameena Ahmad, director at Alpen Capital, a Dubai-based financial advisory company tells Newsweek Middle East.

She adds that while increasing tuition fees might prove to be too much for some, majority of Dubai’s residents have in fact shown an increased demand for quality education, which is why “we see higher end schools coming into the market.”

Ahmad helped co-author a recent report on education in the GCC with Alpen Capital’s Managing Director Mahboob Murshed, who noted that aside from the rise in demand for more school seats, Dubai is also attractive to investors for operational reasons, and “largely due to the fact that it is much easier for international schools to attract teachers to Dubai than to other parts of the GCC.”

“If you set up an international school in Saudi Arabia for example, then to bring teachers from overseas is a big challenge because of the social conditions; teachers prefer Dubai against other countries in this part of the world,” Murshed tells Newsweek Middle East.

But setting up international schools offering quality education comes at a high cost, according to many school operators, who point out that this stands as the main reason behind high tuition fees.

“There is a serious amount of investment into bringing teachers from abroad, giving them good salaries, providing housing, taking the decision to keep class sizes small and getting the right equipment,” says Michael Embly, regional managing director for the Middle East at Nord Anglia school.

The school, which opened its doors in 2014, is one of the new ‘have it all’ schools Dubai has seen set up in the past few years.
From state of the art technology and Lego labs all the way to a partnership with New York’s Juilliard School of music, Nord Anglia also comes with hefty school fees, starting at AED60,000 for nursery and reception all the way up to AED86,000 for year 11.

“Investing into opening a new school in Dubai is huge,” Embly tells Newsweek Middle East “It’s about $30-$40 million… and this is without the land as in our case we are renting the land,” he adds, pointing out that tuition fees reflect the high running cost.

“Investors are obviously looking for a return on their investment,” he says, adding that schools can still do a “real and honest job whilst also being aware that if you are going to invest $30-$40 million, you have to be sensible about it.”

This ongoing influx of investment however, has tipped the supply-demand balance recently and has seen the market shift from an undersupply to a near oversupply, which, according to Alpen Capital’s Ahmad, will lead to a shakeout in the industry where only the best schools will eventually survive.

“Oversupply will come,” Ahmad says. “For the first time [in Dubai] you have matched supply and demand, and we could be heading to an oversupply situation soon,” she adds.

“But then what happens when there is oversupply? People become more picky, and would want to go for the best value for their money, and within schools, the best will survive,” she says.

And this is where the KHDA’s role is most important, as the regulatory climate will set the bar for operating schools.

Dubai’s KHDA, which is responsible for the growth and quality of private education in Dubai, currently uses various means to monitor and regulate schools and the sector, mostly through its Dubai School Inspection Bureau (DSIB).

Through inspections and the participation of schools in international assessments, DSIB provides “an accurate and detailed view of the quality of school education in Dubai in relation to the educationally best-performing countries in the world,” says Al Balooshi.

And according to analysts, the KHDA’s monitory role plays a very important part in helping the sector in Dubai mature.

“The market in Dubai is not mature yet,” Alpen Capital’s Murshed says, and adds that one could compare Dubai to Singapore, where one of the world’s best international educations is offered in schools.

“A few years ago there was a lot of investment in schools in Singapore, and there was over capacity because of the small population. But then, the government stepped in, and through its rating system a shakeout occurred and the schools were filled based on the government’s rating,” he says, adding that as a result, “a lot of players who were not offering a good education got out of the business,” he tells Newsweek Middle East.

In addition to the KHDA’s monitory role, Dubai schools would need to figure out a way to retain good teachers if it is set to reach market maturity.

“A teacher’s lifespan in Dubai is about 2 to 3 years, and a determining factor in helping the market mature would be the presence of very good teachers, and not only infrastructure,” says Murshed, and adds that this is “the biggest challenge Dubai schools have now.”

“The market still needs about 10 to 15 years before it reaches maturity, but it is on the right course,” he says.

As the market evolves, however, and putting the issue of higher fees aside, parents in the emirate are starting to feel the upside of having these newcomers to the sector, especially with their choices expanding drastically as opposed to previous years.

“Education in Dubai has changed fundamentally in the past ten years,” says Rachel Wood, a mother of three whose two oldest children have already graduated from schools in Dubai.
Wood, who still has a daughter in primary school, points out that compared to the time her sons went to school, Dubai has come a long way.

“Now we have a choice, and not only the choice of having more schools catering to parents’ needs, but also the ability to research these schools on social media,” she says.

“Communities now are vast, and they are all talking and comparing… all of these factors have a profound effect on schools,” she adds.

Another upside for the continued investment is a new trend that the KHDA has noted amongst some new schools.

“There is an emerging trend of bursaries across some schools in Dubai,” Al Balooshi says, adding that there could be an increased tendency towards this in the future.

Attesting to Al Balooshi’s comments, Taaleem CEO Rosamund Marshall tells Newsweek Middle East that the group is looking into offering a certain scheme of student grants soon, noting however that what they are looking at is something sustainable and for the long term, and “not just a discount policy to get people to come this year because there are many schools that opened and there is a lot of competition.”

Taaleem, which started operating in 2004, is now one of the largest education providers in the UAE, with a current portfolio of 11 schools covering four curricula and a student enrollment figure of about 9,000 students.

“We were set up by a group of local investors who have a very strong philanthropic sense… of wanting to put something back into the country. So we are planning to introduce something for students this year which will take effect in 2017,” Marshall says.

Discussing the sector and the impact of newly opened schools, Marshall agreed that there has been a “general thinning out” in terms of demand this year.

“There has been a push-pull tension this year, which is slightly different from the year before,” she says. “I think generally the feeling in the market is that there is still the same number of parents looking for places but now they are spread over more schools.”

Marshall adds that before she came to the country in 2013, there was a small quota of student seats in Dubai, and parents had to really put their names down early on.

“In the last 3 years that has changed, so the KHDA’s strategy to have more schools available and to give parents more choice seems to be working,” she says.

However, the danger is how fast that choice is growing in line with the actual demand, because “the demand curve is probably fairly straightforward and the supply curve has suddenly shot up.”

“There is now a reconstitution where some schools, even those traditionally with waiting lists have spaces available… so it’s great for parents because they have more choices now,” she says.

Other investors however seem more confident about the sector’s growth.

The school, which just started operating, has seen an investment of over AED100 million so far, with another AED560 million earmarked for additional schools in the coming years.

“There sooner or later will be a shortage of student seats in Dubai so school investors and operators must just be patient,” he says. “We all stand to benefit from Dubai’s journey in becoming one of the top global cities of the world,” he adds.

In a report on private education in Dubai 2015-2016 titled: The Story Unfolds… the KHDA notes that the most popular curriculum is the British one followed by Indian and the U.S. 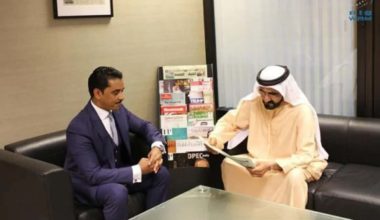 Read More
IN 2004, one man stood firm in urging Arab leaders to introduce reforms within their states. Memorably, he…
OOn the Cover 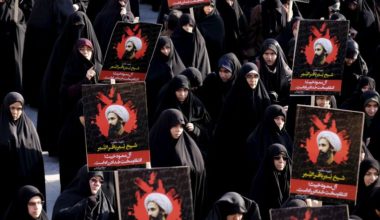 Read More
SINCE RETURNING TO HIS VILLAGE in eastern Saudi Arabia in 1999, after having spent over a decade studying,…