Exhibition Offers a Manifesto of Hope for Syria

The devastating civil war in Syria has captured the world’s attention. In response to this, the Aga Khan Museum is offering a world premiere exhibition that tells a different side of Syria’s story, one that reminds us of the artistic achievements and cultural diversity of both ancient and present day Syria.

The Aga Khan Museum in Toronto has created an unprecedented collaboration with seven of the world’s most prestigious private collections and institutions—including the Musée du Louvre in Paris, the Metropolitan Museum of Art in New York, the Atassi Foundation in Dubai, the Berlin State Museums, and the Royal Ontario Museum in Toronto—to bring together works that will be exhibiting together for the first time in this landmark project titled Syria: A Living History, which opens this October 15.

As co-curator, I am honored to be part of the creation of such an important exhibition. With this project, we hope that people will gain a better appreciation of Syria’s priceless contributions to the world’s heritage over the ages and in turn, better understand the urgency of securing an immediate resolution to the ongoing conflict.

Syria’s cultural history is a long and complex one, making this a challenging exhibition to co-curate. Telling the story of 5,000 years of arts and culture was probably the most difficult part of conceptualizing this exhibition. Bringing together these works of art, many shown together for the first time, will give audiences a unique insight into the marvelous cultural traditions of Syria, underscoring the dialogue between the various traditions throughout the ages.

Through artifacts, paintings, and works of stone, woodwork, ivory and silverware, the exhibition highlights the diverse cultures within Syria—Mesopotamian, Greek, Roman, Byzantine, Persian, Ottoman, and Arab.

There are so many fascinating pieces in this exhibition, but here a few highlights. First, an example of Syria’s material cultural heritage that has faced many dangers through the centuries—a stele with a depiction of a prayer from Tell Halaf from the 10th and 9th centuries BCE. This piece bears the marks of a Second World War bombing raid in Berlin, Germany. Secondly, a particle vase from the Louvre that depicts Usmu, the Akkadian messenger god of Ea. Usmu was a two-faced god, similar to the ancient Roman god Janus. It is said that one of his two faces looked to the future and the other to the past. This concept of looking to the past and into the future influenced how we selected artifacts and artworks for the exhibition, as we wanted pieces that represented all of Syria’s history.

Among contemporary artwork, we have paintings by Elias Zayat and Fateh Al Moudarres that merge personal experience with reflection on modern-day Syria. All of the contemporary pieces featured are on loan from the Atassi Foundation in Dubai. Last but not least, we are using modern technology to showcase a 3D Aleppo Room. The Aleppo Room is a masterpiece at the Museum of Islamic Art in Berlin. It is a stunning testament to the artistic and decorative culture that flourished in Syria in the 17th century. Using Google Tango Yellowstone tablets, visitors are expected to experience a virtual reality immersion into the Aleppo Room. They will be able to explore the beauty of the Aleppo Room through a 3D application that situates them in the room and allows them to scan around to see the wall panels.

Together, the selected works show a continuously strong and deep interest in both human and animal imagery in Syrian art, regardless of the artists’ differing belief systems or ethnic backgrounds, and thus celebrates the rich multi-cultural heritage of the country.

To further the experience, the Aga Khan Museum is offering a compelling lineup of lectures, performing arts, and a symposium to further educate, enlighten, and foster positive dialogue about Syria’s past and uncertain future.

Professer Maamoun Abdulkarim, Director-General of Antiquities and Museums, Syrian Arab Republic will deliver a lecture on October 16 focusing on the country’s exceptional architecture and cultural artistic heritage. A two-day symposium on Syria’s art and architecture will take place from October 29 to 30, led by Professor Nasser Rabbat, who will examine Syria from both historical and cultural perspectives. Dr. Ross Burns will lead a lecture on November 13, sharing his insights about the city of Aleppo. Beyond fascinating educational programming, Syrian artists will perform as part of our fall performing arts season, with such artists as Syria’s first opera singer Lubana Al Quntar, composer Kinan Azmeh, and visual artist Kevork Mourad.

The elegant Damascus panels that adorn the interior of Diwan, the museum’s restaurant, provide the perfect backdrop for a unique series of special concerts and themed events. In addition, a special menu featuring Syrian dishes will be introduced at Diwan to complement the exhibition.

As you can see, this project goes way beyond just an art exhibition. Here we have an entire institution coming together to promote a dialogue to address to a global crisis that affects millions.

Furthermore, UNESCO has extended its patronage to this exhibition and its related programs. The Aga Khan Museum shares a common goal with UNESCO: to protect, preserve, and promote Syria’s remarkable culture and heritage. We hope that this project will provide the public with a glimpse into the amazing cultural diversity of Syria’s history, and spark further understanding and action to resolve the Syrian crisis.

Dr. Filiz Çakir Phillip is the associate curator at the Aga Khan Museum in Toronto. 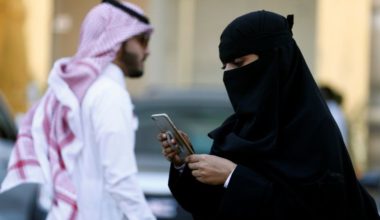 Read More
BEIRUT, May 5  – A move by Saudi Arabia to give women more control over their life choices…
NNews 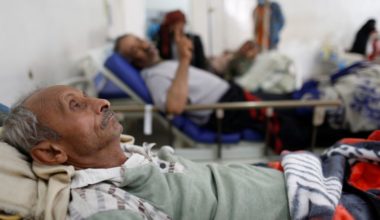 Read More
GENEVA, July 21 – Yemen‘s cholera outbreak is far from being controlled and may be further exacerbated by the…