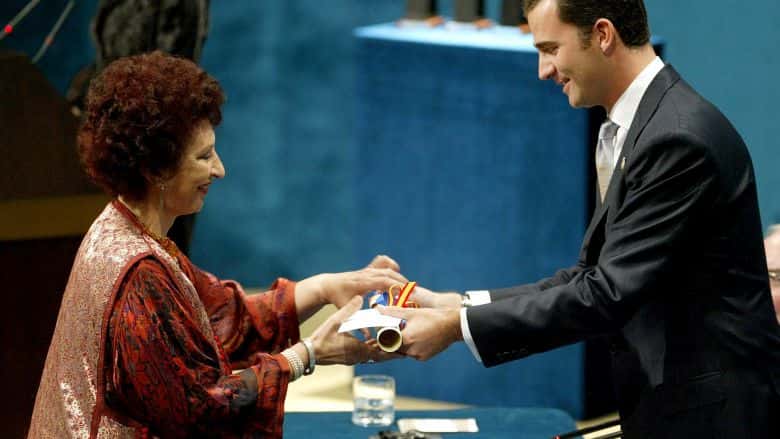 When Fatema Mernissi passed away on Nov. 30, a tremor was felt in homes and classrooms throughout the region.

She was born in 1940 to a middle class family. Educated at the Sorbonne and at Brandeis University, she had spent her vibrant career at Morocco’s Mohammed V University, where she was housed at the Faculté des Lettres. Mernissi was reared in a domestic harem, a space whose productive limitations were beautifully documented in her 1994 book, Dreams of Trespass. Of the walls that circumscribed her movements as a child, she observed, “But women dreamed of trespassing all the time. The world beyond the gate was their obsession. They fantasized all day long about parading in unfamiliar streets…” While the harem walls were a prison that only fired up women’s imaginations of what it would be like to be free, Mernissi simultaneously understood the mosque sanctuary as a space for female renewal, a stillness apart from the bureaucratic space controlled by men. She was a marvelous philosopher, a creative spirit, and one of our era’s most important feminists and Muslim intellectuals.

Mernissi’s career was a repeated trespassing of the gates of her childhood. She took on the most difficult subjects of her time: patriarchal interpretations of the Quran and the Hadith (sayings of the Prophet Muhammad [PBUH]), the limits of women’s imaginations of their own power, and problematizing the veil and female sexuality. Mernissi was absolutely insistent that there is no contradiction between a woman’s full rights and Islam. She instead understood the oppression of women as a function, partly, of certain male interpretations of the sexual instinct. She reads the renowned scholar Ghazali’s conception of female sexuality as not passive, but precisely active in its seduction and ferocity. It is for this reason she must be controlled. Mernissi will trace this assumption about female sexuality through the annals of Islamic law and Prophetic ahadith (plural, Hadith). Mernissi’s later work in particular has been criticized for offering up a vision of the Prophet Muhammad (PBUH) and early Islam that was unlikely in its equitable vision of gender. Early sources lend credence to that critique, but one also senses that within Mernissi’s passionate and idealistic revisionism was a bold desire for a self-fulfilling prophecy, fueled by her unyielding trust in the creative power of writing.

Mernissi’s contributions to scholarship and public intellectual commentary were not limited to Islamic interpretation and reform. She was also an outspoken proponent of reforming Arab state family laws, a remnant of the colonial era that Mernissi identified as the primary institutional obstacle to female liberation. Her philosophical observations extended to the West, a civilization she described as the first located firmly “in time.” Both like and unlike the early Islamic era, the West institutionalized female sex and sexuality as a parcel of empire and its expansion.

In 1991, during the first Gulf War, Mernissi wrote a command in the midst of a paragraph: “Listen to me, because I am speaking out of my pain and my humiliation. The arrogant Fatima died the night Baghdad was attacked by a fire beyond the Mongol’s imagining.” She spoke for an entire people in this way, time and again.

Mernissi leaves us, particularly women who buy cosmetics, with advice on writing, “Apply Writing every day. Your skin will be revitalized by its wonderful properties! From the moment you wake, Writing promotes cellular activity. With the very first marks on the blank page, those bags under your eyes fade right away and your skin feels fresh again. By noon, it is in tip-top condition. With its active ingredients, Writing reinforces your epidermic structure. At the end of the day, your wrinkles have faded and your features are smooth again.”

We are far the richer that Fatema Mernissi revitalized herself through her writing consistently during her long and luminous career. She was a boundless thinker, a ruthless excavator of Muslim women’s sexuality before and after the Makkan era, a historian of hidden queens of Islam, and above all, a visionary. Mernissi was absolutely fearless. And reading her legacy, it is clear how profoundly she has inspired and will continue to inspire women, scholars, feminists, Muslims and permutations of all of those for generations to come.

Sarah Eltantawi is a scholar of Islam and Professor of Comparative Religion at Evergreen State College.