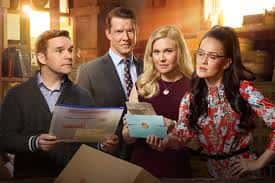 It is practically impossible to get Silicon Valley investors to fund a start-up in the Middle East, because they do not believe there is tech talent in this region, says Joy Ajlouny, co-founder of Fetchr, a Dubai-based tech company with an app that allows you to use your cell phone number as your address, “but we did it.”

Nearly three years ago, the Palestinian-American businesswoman met with Idriss Al Rifai, an Arab entrepreneur who was in Silicon Valley looking for marketing his project Meena360, which looked at tackling the difficulty of accurate logistics in the Middle East; a challenge for companies that wanted to ship their products to the region.

At the time, Ajlouny was looking for her next business venture after selling her luxury e-commerce platform Bonfaire—a discovery platform for new designers—to Moda Operandi, a fashion giant in the LVMH family.

While working at Bonfaire, Ajlouny noticed that most of her shipments to the Middle East were being returned to the U.S. with a note saying they were unable to find the address.

“I thought there must be some kind of mistake on the delivery company’s part. But upon further investigation, I came to discover that the problem was that there were no [clear] addresses in the Middle East,” she tells Newsweek Middle East.

“Idriss had a problem related to shipping and we were talking and we decided to team up. That is how Fetchr was born,” she says. Fetchr needed seed funding but at some point it seemed unlikely that it would get the money from Silicon Valley.

However, after much persistence on their part, Fetchr managed to raise a total of $11 million for their joint venture, mostly from New Enterprise Associates.

“Silicon Valley don’t invest in Middle Eastern or Arab start-ups. They like to invest in India and China where the talent is. No one there thinks there’s tech talent in the Arab world,” says Ajlouny. And being a start-up from Dubai, it was “a coup” to get that money from Silicon Valley investors.

Come and Get It
Fetchr is an app and that helps deliver packages to the location of your mobile phone. The company has a patent for using a smartphone’s GPS location as an address. Similar to Uber, a simple tap tells the delivery crew the exact location of delivery, making life easy for both the delivery person and the receiver.

“No more annoying phone calls with language barriers, asking where you live, and for landmarks and directions,” says Ajlouny.

New Horizons
And it seems that three years on, the app is doing well: Business is growing by 20 percent, week on week.

Fetchr, which currently operates in the UAE, Bahrain and Saudi Arabia, is also eyeing new market.

The company plans to open in Egypt by end of this month. “And we are going into another round of fund raising both in Silicon Valley and the Arab Gulf states,” says Ajlouny.

Trouble In Paradise
Ajlouny currently sees Dubai, in essence, as “the only place in the Middle East” which presents a real chance for tech companies to thrive in a stable environment.

“But we are not completely there yet,” she says, adding that the lack of directions, and ambiguity in terms of knowing who to approach and where to go, as well as speed of doing business, all impact Dubai’s ability to be the Silicon Valley of this region.

“It is hard for a company to come and start up and succeed not knowing everything that is available. A lot of us don’t know where to go,” says Aljouny. In addition to that, start-ups don’t need a license in Silicon Valley, unlike Dubai.

“There are things to tackle, but it is on its way there,” she adds. 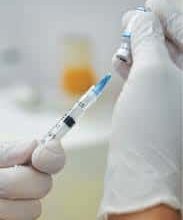 Read More
Since its establishment in 1902, the American University of Beirut Medical Center’s (AUBMC) commitment has centered on providing…
DDowntime 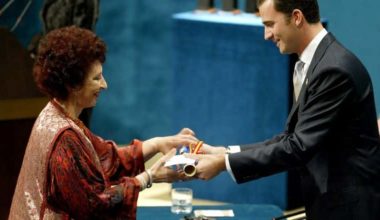 Read More
When Fatema Mernissi passed away on Nov. 30, a tremor was felt in homes and classrooms throughout the…