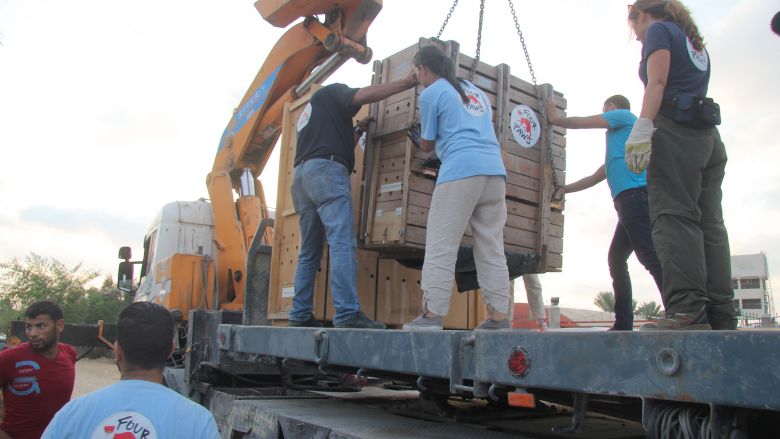 When Newsweek Middle East broke the news on the world’s worst zoo in Khan Younis, south of Gaza earlier this year, animal rights’ groups and activists were quick to take action. And while some called for closing down the place, there were others who launched an initiative to evacuate the starving animals to safety.

The Beginning
Empty cages in Khan Younis’ sole zoo, also known as the Jungle of the South, had little to offer its scarce visitors.

An eerie silence had filled the once bustling tourist attraction, home to a wide variety of wild animals, including lions, tigers, hyenas, crocodiles, zebras and monkeys.

But the decade-long Israeli siege of Gaza and regular bombardment, as well as the nearly-inexistent revenues due to the dwindling number in visitors, have all had the worst impact one could think of on the poor animals: death by starvation.

Towards the end of March 2016, and with a handful of wild animals left, including a starving tiger called Laziz, and a pelican whose mate had died before its very eyes from hunger, the zookeeper tried to sell the remaining animals in a last attempt to save their lives.

There was once life at that zoo, where death later prevailed.

To the Rescue
The International animal welfare organization Four Paws, which is based in Vienna, heard of the story, and was moved by the suffering of the animals and took it upon itself to rescue the surviving 15 creatures.

The monkeys were transported to an Israeli zoo, while the rest of the animals were moved to “new homes” in Jordan except for the tiger, which arrived in South Africa, according to Linda Struckl, from Four Paws International.

Of the animals that were transported, there were turtles, long-legged buzzards, and the tiger Laziz, according to Amir Khalil, a veterinarian working with Four Paws.

Repeated Israeli aggressions over the years, especially the brutal Operation Protective Edge in the summer of 2014, is the main cause of the zoo’s dire conditions.

Over the course of 51 days of the war, many animals starved to death because no one was able to reach the zoo to feed them. Other animals died because of being hit by shrapnel or by inhaling toxic air from exploding missiles.

With no immediate veterinary help available, the animals faced a slow and agonizing death. Of the zoo’s 200 animals from 60 different species, only 20 were left by the end of March, when Newsweek Middle East first covered the story, and since then, five more have died because of lack of food and proper veterinary care.

Ziad Ewida, 57, the owner of the zoo, says he had 92 “big animals” and now there are just 15 left because of wars, Israeli siege, and lack of sufficient medical care and food supplies.

“I cannot run the zoo anymore,” he adds tearfully.

“I am full of bitterness as animals are leaving. I brought the tiger when it was a baby and weighed 2 kgs; now it is 200 kgs,” he adds, “but I have no other choice.”

Four Paws’ crew spared no effort as they helped move the animals over the course of the past two weeks. Prior to relocating the helpless creatures, blood tests were carried and microchips were introduced as well as the required certifications were being issued, says Khalil.

The vets injected animals with just the right amount of anesthesia, before placing them on a disinfected table for medical diagnosis.

Eight-year-old Laziz, was moved to a special box, with pieces of ice set around it and a fan with a battery was placed facing the wild animal to protect him from the scorching August heat.

“We saved big cats from Gaza in 2015 as well as from various areas worldwide. This included Iraq’s [late president] Saddam Hussein’s lions, and big cats from Tripoli and Libya,” says Khalil as he explains the organization’s expertise in this domain.

It is worth noting that Four Paws did not pay money for the animals.

“This step is just treatment, observing, and transferring the animals abroad, that’s it,” Nafez Albasoos, the lawyer who organized the agreement between the owner and Four Paws, tells Newsweek Middle East.

“The animals were transported to a safe place. It was neither done for trading nor for the sake of entertainment,” he adds.

According to Four Paws’ website, the whole operation had an estimated cost of 40,000 Euros ($44,784). Donations were accepted.

As the big move started, several Palestinians from Gaza attended the event, envying the animals who had the chance to escape the horrible conditions in Gaza, unlike the local population who were forced to stay.

“I wish I was an animal. At least animals have a chance to travel; but we cannot,” says 18-year-old Hatem Nahal.

The news of relocating the animals further created a buzz on social media outlets, with many posts asking NGOs if they can help Palestinians leave Gaza just like Four Paws helped the animals.

“Organizations intervened to save 16 animals, what about 2 million people?”, Mohammed Shaqoura posted on Facebook.
Likewise, Palestinian columnist Akram Atallah from Gaza, wrote a satire titled “Safety for Animals” where he criticized the “world’s hypocrisy” which took care of a few dying animals while leaving 1.8 million people stuck in a tiny strip without the ability to travel even for medical treatment.

But the animals may have a chance to be reunited with their owner, according to an understanding with Four Paws, once the situation in the besieged strip gets better.

“A natural reserve will be established in Gaza, and I will have a main role in it. This is part of the understanding,” Ewida says.
And despite the pain over the death of his animals, Ewida seems adamant at repeating the experience as he tells Newsweek Middle East that he “will revive it. Despite all what happened, I will reconstruct the zoo and buy new animals when circumstances become better.” 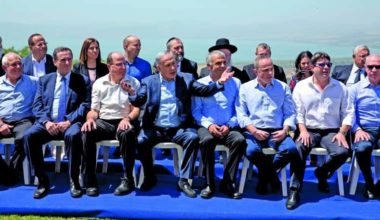 Read More
In mid-April, Israeli Prime Minister Benjamin Netanyahu held his first-ever cabinet session atop the mountains of the occupied…