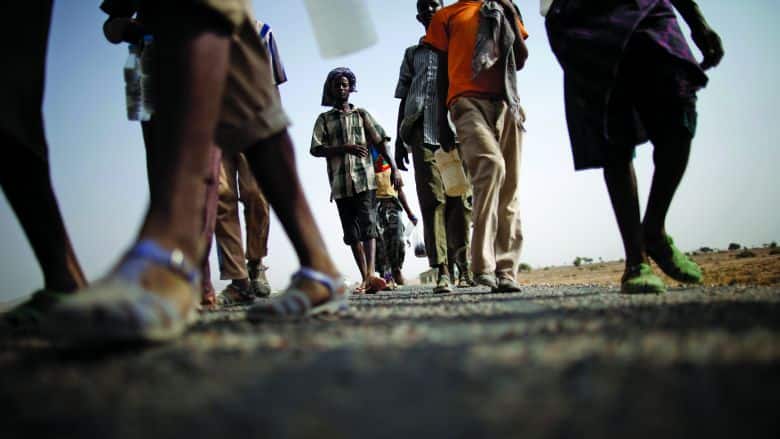 Open borders and economic freedom, had, after all, paved the way for the United States’ rise to prominence, and today, the relatively open borders of the Gulf Cooperation Council (GCC) countries (Bahrain, Kuwait, Oman, Qatar, Saudi Arabia, UAE) have contributed to the development of the Gulf states as well as the migrants’ original countries. Yet, as with virtually all Organization for Economic Cooperation and Development (OECD) countries, the United States has long since altered its view of immigrants, and now the U.S. regards them as a threat to its citizens’ well-being.

One of the unintended consequences of this view has been the tragic deaths of many migrants who have—voluntarily or otherwise—risked their lives attempting to circumvent the modern immigration restrictions imposed by OECD countries, as they search for better economic opportunities, and a stable life.

The GCC countries operate immigration policies that lie between the polar extremes adopted by the United States throughout its history. On the one hand, workers require visas and sponsors to work legally, similar to the United States at present. On the other hand, similar to the United States of the past, the legal hurdles are low: There is no requirement to demonstrate that the prospective migrant possesses unique abilities unavailable in the citizen workforce. As a result, GCC labor forces are dominated by foreigners (as high as 90 percent in Qatar) who perform duties across the entire skills spectrum.

The Gulf countries have OECD levels of income per capita, but it is their path to that wealth that has necessitated these uniquely open immigration policies. Prior to the discovery of oil in the 1930s, the GCC countries were every bit as poor as you would expect of nations located in an arid desert, with an environment that could barely support nomadic life. Exporting hydrocarbon products has opened many doors for the people of the GCC, but there are no shortcuts to modern, educated workforce typical of an OECD country. As such, importing labor has been instrumental to an accelerated path of GCC economic development.

It’s relatively easy for some groups of unskilled migrants to enter on a work visa to the GCC. It’s uncommon to have prospective economic migrants engaging in precarious forms of human smuggling, as they can simply enter through the front door legally. By facilitating the acquisition of a visa for some unskilled workers, the GCC countries have inadvertently decreased the incidence of risky migration attempts.

However, the GCC’s immigration policies have spawned a different problem that is somewhat unique to the GCC: visa trading, also known as the free visa problem. It describes a situation where a migrant’s legal paperwork is valid for a certain position, however, post-entry, the migrant performs a substantively different job as part of the black market. Sometimes, this occurs because the migrant worker was deceived by racketeers about the nature of the job awaiting them in the GCC, which is particularly problematic in areas with low levels of education.

Free visa workers suffer from not being able to use legal channels to access public services, such as public hospitals in case of health problems, or ministries of labor in instances where their wages go unpaid. Consumers and companies interacting with free visa workers also face elevated risks because it is harder to hold those accountable whose paperwork is not sound, while authorities expend valuable resources on monitoring and deporting free visa workers.

As with any clandestine activity, it is difficult to obtain precise data, but some estimates, including past estimates from the ILO, suggest that 25 percent of the United Arab Emirates workforce is “free visa.” The GCC countries cannot look to build on OECD experience in dealing with visa trading since it is largely unique to the Gulf.

How can one address it? Bahrain Chamber of Commerce and Industry SME (small-and-medium-sized enterprises) Committee Vice-President, and Bahraini businessperson, Hamid Fakhro, recently appointed the Bahrain Center for Strategic, International and Energy Studies to investigate solutions. For example, we considered allowing guest workers to rent their services to multiple employers in the GCC, rather than being exclusively tied to one sponsor at any given point in time—an idea proposed by Fakhro. The economics literature on migrant workers also offers an experimental solution, which is based on giving workers better incentives to leave the GCC upon the expiration of their visa, since illegal overstays are one source of free visa workers. For example, pensions can be made conditional on the repatriation of the migrant.

In addition to GCC-focused policies, coordinating with the authorities in the migrants’ home countries is critical to combatting exploitation. The Philippine government has a mature system of regulatory oversight that has ensured that it is difficult for citizens to participate in the free visa problem, despite being a developing country with limited means. Other governments should be encouraged to use it as a model.

In 2010, Kuwait, Qatar, and the UAE had outgoing remittances in excess of $2,000 per capita, totaling tens of billions of dollars, and underlining the importance of GCC labor imports to both the Gulf countries and the migrant workers’ home states (the corresponding figure for the United States was $355). By cutting out the political middleman, remittances are far more effective than foreign aid as a means of supporting the growth of developing countries. Much of this mutual benefit is tarnished by the free visa problem. The OECD alternative of closing the door would be disastrous for everyone. Greater global cooperation offers hope that lax borders can be reconciled with labor markets that protect that rights of all stakeholders. 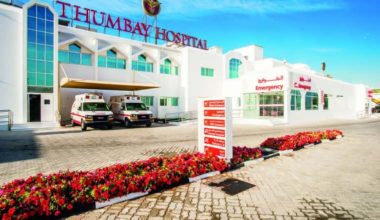 Read More
When we first set foot in the UAE in 1998, the outlook was very different for newly arrived…
IInside Cover 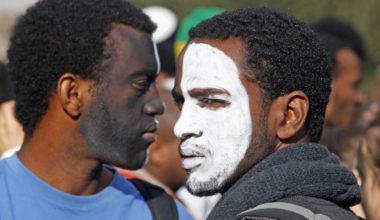 Read More
Haftom Zarhum, a 29-year-old Eritrean, needed to renew his work visa. As an asylum seeker who had come…