OSLO/GENEVA, Oct 24 – Greenhouse gases rose to a symbolic milestone in 2015, taking climate change into a new phase which could last generations even if governments act to curb man-made global warming, the U.N. World Meteorological Organization (WMO) said on Monday.

Globally averaged concentrations of carbon dioxide, the main man-made greenhouse gas, reached 400.0 parts per million (ppm) in the atmosphere for the first time on record and were 44 percent above levels before the Industrial Revolution, it said.

The relentless rise contrasts with accords by almost 200 governments to start reining in emissions, led by the Paris Agreement last year to phase out fossil fuels in favour of renewable energy in the second half of the century.

“The year 2015 ushered in a new era of optimism and climate action with the Paris climate change agreement. But it will also make history as marking a new era of climate change reality with record high greenhouse gas concentrations,” WMO Secretary-General Petteri Taalas said in a statement.

“The key issue here is to go from this kind of political will to concrete action,” he told a news conference in Geneva. “So far we haven’t seen a major change in the behaviour.”

An observatory at Mauna Loa in Hawaii, the main measuring station with records back to 1958, “predicts that carbon dioxide concentrations will stay above 400 ppm for the whole of 2016 and not dip below that level for many generations”, the WMO said.

“The technology is there. It’s just human will. If we want we can do it,” she said, recalling Europe’s successful efforts to combat acid rain by tackling sulphur and nitrogen emissions.

“You can bend the curve. If you take an action and you sign a treaty and everybody follows their commitments. It’s not magic.”

Taalas said consequences of climate change, such as weather-related disasters, were set to continue even if emissions start to come down.

“We could see improvement in the 2060s if we start reducing emissions now,” he said.

A powerful El Nino weather event, which warms the eastern Pacific Ocean, was also probably driving global rises in 2016. The El Nino is linked with more droughts and wildfires in the tropics, meaning less vegetation to absorb carbon dioxide.

A U.N. panel of climate scientists estimates that concentrations of carbon dioxide, methane and nitrous oxide are at their highest in at least 800,000 years.

“The real elephant in the room is carbon dioxide, which remains in the atmosphere for thousands of years,” Taalas said.

A Fierce Cut Above The Rest 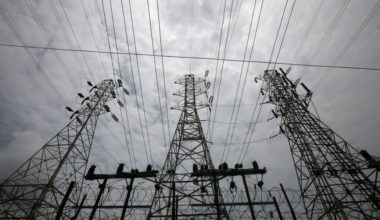 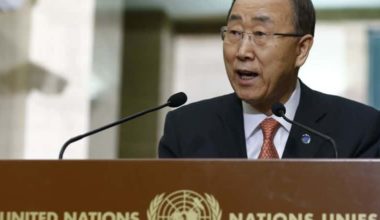