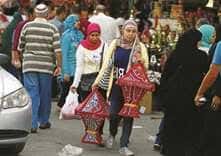 CAIRO, May 25 – In the yard of her home in a Cairo necropolis, where thousands live among the mausoleums and gravestones, Neamat raises the chickens, geese, and turkeys she says she needs to feed her family of 10 during the holy month of Ramadan.

Sharp rises in the cost of living in the last few months mean she is has no option but to raise the poultry rather than go to the shops, which she could do before.

The problem becomes even more acute just now because food prices go up even further just before Ramadan.

“I can’t afford to go to any butchers or poultry shops. Raising the birds myself is much cheaper,” the 60-year-old, who is unemployed, told Reuters.

Egypt is struggling to rein in soaring inflation that hit a three-decade high of more than 31 percent last month. The central bank hiked interest rates two percent in a bid to curb inflation but some economists believe the move will do little to stop food prices rising.

For Neamat, homegrown food has become the only way to make ends meet during Ramadan, which starts on Saturday. Families like to stock up to prepare for the meals that follow dawn-to-dusk fasting.

Khater Minna, a poultry seller in an affluent neighbourhood in eastern Cairo, said he has noticed that fewer people are coming to his shop than in previous years.

“I used to be able to employ up to five workers in my shop (ahead of Ramadan) and now I can barely afford to pay one. Customers used to queue to buy food ahead of the holy month and today my shop is empty,” he told Reuters.

“Instead of buying chicken breasts or thighs, some are now asking to purchase carcasses or legs. We used to throw those out to stray dogs but now we sell them,” Minna said.

Minna opened his shop shortly after the 2011 uprising that ended Hosni Mubarak’s 30-year rule. The political and economic instability th 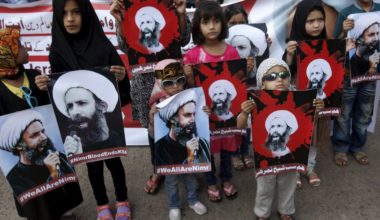 Read More
DUBAI, Jan 4 – Saudi Arabia used an attack on its embassy in Tehran as a pretext to…
WWorld 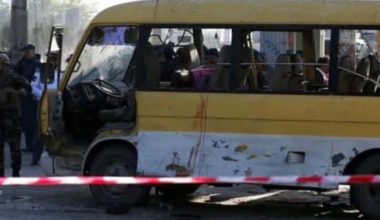