How Can Criminal Record Affect Your Life?

If you’re convicted of a crime in California, you must speak to a qualified criminal defense attorney to understand the hot waters you might be in.

A criminal record can have far-reaching implications for a convicted person, more than they would realize, which is why criminal defense attorneys gather evidence to expunge the conviction, lessen the sentence, and protect their rights.

Criminal Record And Its Implications In California

Let’s look at how a criminal record can negatively affect your life. If you are already convicted of a crime and get arrested later on for something completely unrelated, the consequences of the crime may be stacked against you. Because of your previous conviction, even a petty crime can result in severe penalties, which can further increase with each additional charge.

Anyone convicted of a crime is immediately stripped of their license. Whether you’re a nurse with a nursing license or a trucker with a truck license, a conviction can result in the suspension of your license and other privileges too.

A DWI conviction can result in a driver’s license suspension, affecting the convicted’s ability to go to work or other places, making commutes difficult. A conviction can affect the livelihood of a person who drives for a living. In most cases, a criminal conviction can make it difficult to get a license. This can be troubling if you are in a profession that requires a license, such as nurses in the medical profession, pilots in the aviation industry, and drivers in the trucking industry.

Besides employment requiring a license, a criminal conviction can affect any other type of employment. Some workplaces may not find it acceptable to retain a convicted employee, especially if they have to go to court.

Although workplaces do not mention categorically that they don’t hire convicted people, they often conduct criminal background checks and make hiring decisions accordingly. However, it is also important to note that only violent or child-related criminal convictions affect child custody, and crimes of a less severe nature may not hold much weight in the court’s decision.

A criminal record can have a disastrous effect on a foreign national’s ability to become a United States citizen in the future.

It can even affect an immigration visa or a green card. Foreign nationals convicted of serious crimes in the United States will find it impossible to obtain a green card. However, those convicted of low-level crimes still have the chance to gain a lawful US residence.

Crimes that can stop a foreign national from obtaining a green card include kidnapping, prostitution, money laundering, drug trafficking, and more. Even if some crimes committed do not match the grounds for inadmissibility, the authorities can still deny the green card.

If you’re facing trouble with the law or have a conviction, immediately speak to a criminal defense lawyer to have your rights protected. Read More
Table of Contents Hide 1. Understand the Nature of the Dispute2. Know Your Options3. Evaluate the Risks of…
LLaw 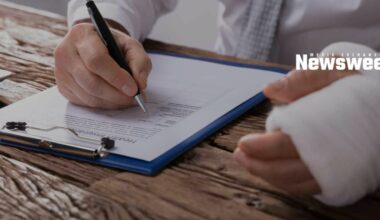