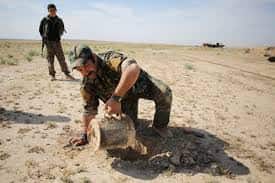 In Remote Corner of Iraq, An Unlikely Alliance Forms Against Daesh

UMM Al-DHIBAN, Iraq, May 11  – They share little more than an enemy and struggle to communicate on the battlefield, but together two relatively obscure groups have opened up a new front against Daesh militants in a remote corner of Iraq.

The unlikely alliance between an offshoot of a leftist Kurdish organization and an Arab tribal militia in northern Iraq is a measure of the extent to which Daesh has upended the regional order.

Across Iraq and Syria, new groups have emerged where old powers have waned, competing to claim fragments of territory from Daesh and complicating the outlook when they win.

“Chaos sometimes produces unexpected things,” said the head of the Arab tribal force, Abdulkhaleq al-Jarba. “After Daesh  the political map of the region has changed. There is a new reality and we are part of it.”

In Nineveh province, this “new reality” was born in 2014 when official security forces failed to defend the Sinjar area against the Sunni militants who purged its Yazidi population.

A Syrian affiliate of the Kurdistan Workers’ Party (PKK) came to the rescue, which won the gratitude of Yazidis, and another local franchise called the Sinjar Resistance Units (YBS) was set up.

The mainly Kurdish secular group, which includes Yazidis, controls a pocket of territory in Sinjar and recently formed an alliance with a Sunni Arab militia drawn from the powerful Shammar tribe.

“In the beginning we were unsure (about them),” said a wiry older member of the Arab force, which was assembled over the past three months and is now more than 400-strong. “We thought they were Kurdish occupiers.”

Their cooperation is all the more unusual because many Yazidis accuse their Sunni Muslim neighbors of complicity in atrocities committed against them by Islamic State, and say they cannot live together again.

Last month, the YBS-Shammar alliance won its first joint victory against Daesh in the village of Umm al-Dhiban, a cluster of adobe houses along a highway near the Syrian border, where they are now fortifying their positions.

On his hands and knees, a YBS fighter from Sinjar gently loosens a patch of earth with a knife, prising out an un-exploded bomb to be used against the militants who planted it there before being pushed back several kilometers.

Taking turns with a pick-axe, two other guerrillas hack at the ground until the hole they are making on the edge of a dirt track is large enough to fit two explosive charges that will detonate when Islamic State drives past.

The fighters plan to retake other Arab and Yazidi villages in the area, and say they will join the campaign for Daesh’s biggest stronghold, around 160 km (100 miles) to the east: “By the will of God, we will enter Mosul,” Jarba said.

Although fighting Daesh has given them common purpose, the two sides’ agendas appear hard to reconcile.

While the Arab militia wants to restore Baghdad’s authority over this arid hinterland, the YBS is on a mission to establish its own model of society based on the philosophy of PKK leader Abdullah Ocalan.

Ocalan took the PKK to war against Turkey in 1984 seeking statehood for Kurds, but now advocates a form of grassroots democracy as opposed to state control.

“When the comrades liberate a village, they let the community decide for itself,” said 18-year old Evin, a Kurdish fighter from Syria who joined the PKK’s affiliate there before coming to Sinjar. “The leader’s ideology is not just for Kurds”.

That may be so, but the ideology is alien to the conservative, tribal society in parts of northern Iraq.

The Arab fighters have only a vague notion of the man whose mustachioed image decorates YBS fighters’ fatigues and a flag now flying beside Iraq’s at the entrance to Umm al-Dhiban.

“Our life is very different from the life of the Shammar,” said a guerrilla from Turkey who is trying to learn some Arabic so he can communicate with them. “We are an ideological force and they are not.”

The faultline is most visible in the presence of female fighters in the ranks of the YBS — unusual in a male-dominated part of the world where the sexes are often segregated and women confined to the home.

One named Hevidar said the Arab fighters initially avoided talking to her and the other women. “After a month or two they learned,” she said, toying with a walkie-talkie as a voice broke through the static, calling “Heval!” (Comrade).

Abu Hazaa, a commander of the Arab force, admitted being taken aback by the female fighters: “We thought women were easily frightened, but that view has changed,” he said at a joint military outpost in what used to be a medical center.

The suggestion that women from his own community could also be deployed provoked laughter.

“We are a tribal society,” Abu Hazaa said. “We have our customs and traditions and nobody can contravene them”.

For now, the external forces pushing the two groups together are stronger than the differences that could drive them apart.

The Arab militia lacks the experience to take on Islamic State without the YBS, whose ranks are stiffened with veterans of the PKK’s three-decade insurgency against Ankara.

“They are fierce fighters,” said Jarba. “They have experience in guerrilla warfare (and) we can benefit from that”.

For the YBS, partnering with a local Arab force makes them look less like invaders as they push into areas where Kurds are in the minority.

The alliance is supported by the central government in Baghdad, which has put both forces on the payroll to regain a foothold in the area, where it has no troops of its own.

Baghdad also hopes the two will help curb the ambitions of its autonomous Kurdistan region, whose peshmerga forces have recaptured large areas from Islamic State in the north, effectively annexing territory claimed by Baghdad, including parts of Sinjar.

In turn, Kurdish regional authorities are blockading the Arab militia and the YBS. Although both Kurdish, the PKK and its affiliates are rivals of the autonomous region.

Some members of the Shammar tribe have sided with the peshmerga in Sinjar. But Abu Hazaa said the only flag he would raise was Iraq’s. “We don’t want to be subjected to anyone but the central government.”

A Nation Of Their Own 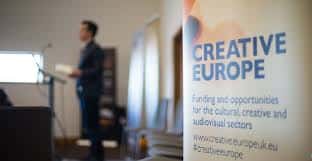 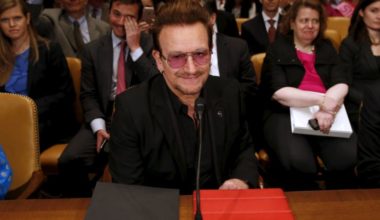