Are you just venturing into the world of cannabis, or do you think you already know everything about cannabis?

The truth is that scientists are only beginning to scratch the surface of what cannabis is capable of. Now that CBD is legal in all 50 states and marijuana laws are significantly laxer, we’re learning more all the time.

Some of the facts surrounding marijuana are neat but not surprising, while others are downright exciting. Here, we’ve put together a list of 7 of the more interesting facts about the plant that can make you sound like a cannabis connoisseur in your next weed-based conversation.

1. Cannabis Use Has Been As Long as the Pyramids When you think about something old in world history, the Egyptian Pyramids of Giza probably make it near the top of the list. Yet, cannabis has been around nearly as long as these ancient monuments.

In fact, the oldest pyramid on record, the Pyramid of Djoser, dates back to approximately 2630 BCE, nearly 5,000 years ago. Records of cannabis use “crop up” starting around the same time when Central Asians used it in ritual burnings. These strains contained minimal THC.

The first evidence of the mind-altering version of weed occurred in Western China, found at the Jirzankal cemetery. Artifacts here show skeletons and personal property with burned THC-laced cannabis nearby.

2. Cannabis is Edible Without Edibles

We already know that simply because something is a plant does not make it edible. Many plants are poisonous, and some are deadly. But cannabis in its rawest form is safe to eat, although it doesn’t necessarily taste the best.

If you’re jonesing for a weed fix and all you have is raw marijuana and no supplies, you can eat a small amount. Keep in mind that consuming weed this way will give you different effects than smoking it or applying a topical or tincture.

3. Cannabis Can Be Purple The three-leafed green plant is synonymous with weed everywhere, but did you know that some cannabis is purple?

Veriheal explains this concept here. If your plants are turning a lavender hue, they’re not sick, and you didn’t get a magic seed.

Cannabis turns purple when there are high quantities of anthocyanins in the bud. Every plant has these compounds, but some have a little extra. That’s why you’ll occasionally see shades of purple, red, and blue if you hang around enough cannabis plants.

4. You Can Thank Weed for E-Commerce

Well, cannabis may not have started the online sales trade singlehandedly, but it did give it a jumpstart. Illegal weed was possibly the first online sale, transacted when a group of MIT students sold a bag to some Stanford students in 1970.

5. Some of the Most Creative Minds in History Smoked Weed

Certain strains of weed are known to induce creativity. These strains are Sativa-dominant. Many celebs flaunt their weed use as part of the reason for their success today, but some of history’s creative minds smoked the Ganga, too.

William Shakespeare’s home contained marijuana residue. Bob Marley loved his weed so much he was buried with it, along with a Bible and his guitar.

George Washington grew cannabis. His intent was to use it to provide hemp-based products, like fishing nets and paper. He also encouraged using weed for its medicinal benefits.

Although he was the first president to promote marijuana use, he wasn’t the last. In total, 11 POTUS have admitted to experimenting or regular weed use, including the ever-popular John F. Kennedy.

Christopher Columbus headed out to explore the world with his three ships, his crew, and packs of cannabis seeds. In a surprising twist of weed-using historical celebs, we can also add Joan of Arc and Queen Elizabeth I to our list.

Joan’s village was famous for its medicinal herbs, including cannabis, and it’s likely she experimented with the plants.

Queen Elizabeth, I was so enamored with marijuana that she fined landowners if they had over 60 acres and didn’t use that land to grow cannabis. She kept some on hand at her palace for parties and medicinal use.

History is full of interesting information, and the field of cannabis horticulture has some of the most intriguing tidbits you’ll find about plants. These five facts are the tip of the iceberg! Keep digging, and who knows what eyebrow-raising nuggets of truth you’ll find? 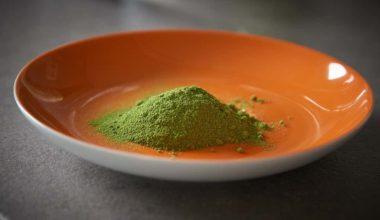 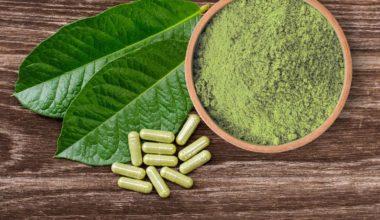