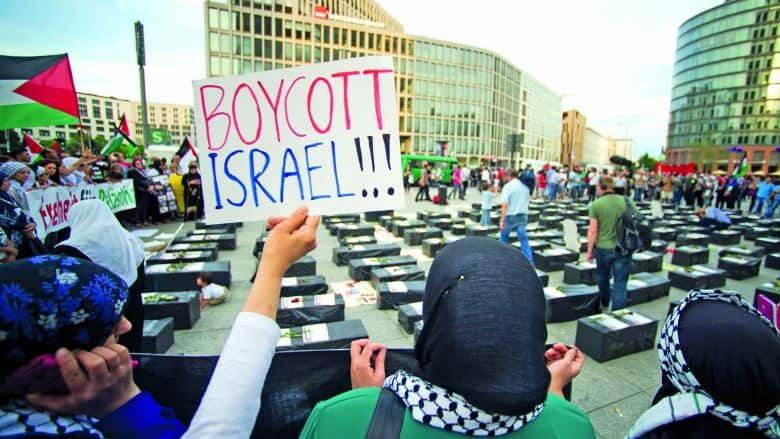 Over the years, BDS has gathered momentum and picked up support amongst Palestine solidarity groups, trade unions and on university campuses worldwide.

The impact reached French companies in 2015, when Orange and Veolia, as well as Irish building materials group CRH, all withdrew from the Israeli market following long-running campaigns by BDS activists which, in the case of Veolia, cost the multinational company millions in contracts.

More recently, British security giant G4S announced its intention to sell off its entire Israeli business, again, following years of pressure. Meanwhile, institutions and investors—from the United Methodist Church in the U.S., to Dutch pension funds—are divesting from those complicit in the occupation of Palestinian land, including Israeli banks.

While such developments have no immediate impact on an Israeli economy whose current strength owes much to high-tech exports, the Israeli government and its international allies have become increasingly concerned about the steady growth of the BDS campaign, that also incorporates cultural and academic boycotts.

The unprecedented Israeli offensive on Gaza in 2014, which killed some 2,200 Palestinians, gave a boost to the BDS Movement, and prompted even long-time friends of Israel to express public criticism of the ongoing occupation.

In response, Israel has been pushing back against the boycott, including through the high-profile means of legal attacks. Often referred to as lawfare, Israeli officials and pro-Israel lobby groups have embarked on a high-profile drive to use legislation to suppress the BDS campaign.

In the U.S., the main expression of this new wave of lawfare has been at the state-level. On March 24, Georgia became the sixth state to pass a law targeting the BDS Movement, under which the authorities are forbidden from contracting with individuals or companies who are unable to prove that they are not boycotting Israel or businesses in Israeli-controlled territories.

That last clause is significant, extending the law’s protection from boycott to products manufactured in Israel’s illegal settlements in the West Bank—goods that even many supporters of Israel avoid purchasing.

A similarly-worded formulation was also included by Congress in last year’s Trade Facilitation and Trade Enforcement Act, against the wishes of President Barack Obama; indeed, the White House clarified that the provision “contravenes longstanding U.S. policy towards Israel and the occupied territories, including with regard to Israeli settlement activity.”

Georgia joined Florida, Illinois, South Carolina, Indiana and Arizona, in passing anti-BDS legislation over the last year, with around a dozen other states also considering such bills. According to Americans for Peace Now, since 2014 more than 50 BDS laws have been proposed in state legislatures.

Recently, a Combating BDS Act of 2016 bill has been introduced in both the Senate and the House of Representatives, which, if passed, would authorize state and local governments to divest assets from and prohibit investment in any entity that “engages in a commerce or investment-related boycott, divestment or sanctions activity targeting Israel.”

Meanwhile, across the border in Canada, the House of Commons passed a motion on February 22, by a majority of 229-51, condemning BDS.
The motion, which claims that the boycott campaign “promotes the demonization and delegitimization of the State of Israel,” was backed by Prime Minister Justin Trudeau, with only two of his Liberal Party’s MPs voting against.

Tom Mulcair, leader of the New Democratic Party of Canada, condemned the vote as going “against the freedom of expression we hold so dear in our society” adding that the motion “makes it a thought crime to express an opinion.” As one Canadian academic put it, such a motion “could give rise to a chill factor, particularly among the average Canadian who may not understand that a parliamentary motion is not legally binding.”

But it is not just North America. In fact, France is the only country in the world—in addition to Israel itself—where those who urge a boycott of Israeli goods are penalized.
A 2003 law, originally intended to counter gains by the far-right, added to long-standing legislation proscribing hate speech the protection of ‘national groups.’ Seized on by French pro-Israel groups, however, the legislation has been described as “among the world’s most potent legislative tools to fight the growing [BDS Movement].”

In 2010, the then-Justice Minister Michèle Alliot-Marie published a memorandum urging French prosecutors to go after those who advocate a boycott of Israel on the grounds of incitement to hatred.

This has had real consequences. On March 30, the French Cassation Court—the highest court of appeal in the country—upheld the convictions of BDS activists who were prosecuted for their participation in a 2010 demonstration outside a supermarket selling Israeli goods. In October 2015, the same court issued a similar ruling on a different case.

The laws being used in France to target BDS campaigners are quite unique, however; in the U.K., an approach of intimidation, as opposed to criminalization or new legislation, has been pursued.

Last October, the ruling Conservative Party announced that it would be introducing “new rules to stop politically-motivated boycott and divestment campaigns by town halls against U.K. defense companies and against Israel.” The government promised that the changes would affect procurement policy for publicly-funded bodies, and local authorities’ pension fund legislation.

Fears that the Tories would move to ban the likes of local councils from making ethical investment decisions, however, failed to materialize. In February this year, the government published a procurement guidance note which simply restated existing policy, and reminded local authorities of World Trade Organization rules against discrimination on the grounds of national origin.

For the Palestinian BDS National Committee (BNC), the British government’s actions constitute “an attempt to intimidate,” noting that “it remains perfectly legal for councils and universities to take ethical stances that reflect the views of their communities and exclude companies that violate human rights or commit other forms of gross misconduct from tender exercises.”

The legal attacks on BDS in the U.S., Canada, France, and the U.K., have followed a similar crackdown in Israel. In 2011, the government passed an anti-boycott law which “imposes sanctions on any individual or entity that calls for an economic, cultural or academic boycott of Israel’s West Bank settlements or of Israel itself.” Last year, the Supreme Court upheld the law almost in its entirety.

Such efforts could well intensify; the Jewish Home Party is looking to advance a new law that would bar anyone calling for a boycott of Israel from entering the country, while Interior Minister Aryeh Deri recently told an anti-boycott gathering in Jerusalem that he is considering revoking the residency status of BDS co-founder Omar Barghouti.

In February, an Israeli Foreign Ministry spokesperson told the Financial Times: “We have stepped up our efforts directly and indirectly, dealing with friends of Israel in a variety of countries in which we have the BDS movement, fighting it with legal instruments.” Last year, an Israeli government conference urged: “pursue legislation at the local, state and federal level to constrain BDS.”

Anti-BDS strategies are broader than lawfare; NIS 10 million ($26m) of the Israeli government’s 2016 budget was allocated to fighting BDS, while Israeli officials have declared their intent to use cyber technology to fight BDS campaigners, including through “actions [that] will not be publicly identified with the government.”

Some have questioned whether this focus on fighting BDS, by the Israeli government and its supporters, is necessary or even wise; the economy is doing well, the U.S. is negotiating a new multibillion-dollar military aid package, while the European Union remains resolutely opposed to a boycott, or even a ban on Israeli settlement produce.

The threat posed by the BDS campaign is longer term. Western governments provide Israel with an invaluable—and arguably irreplaceable—package of preferential trade deals, military support, and diplomatic protection. This support is vulnerable, however, to pressure from the public, and the BDS Movement plays a significant role in campaigning, narrative-changing, and awareness-raising.

The Israeli government is aided in its lawfare efforts by localized factors, such as the political interests of right-wing Republicans (in the U.S.) and of the Conservative Party (in the U.K.). The bigger picture, however, is that in a profoundly asymmetrical conflict, Israel has identified that in the BDS campaign the Palestinians have a potential game-changer. 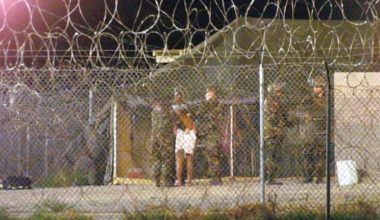 Read More
In the largest operation of its kind, the United States deported 15 Guantanamo inmates—12 Yemenis and three Afghanis—to…
FFeatures 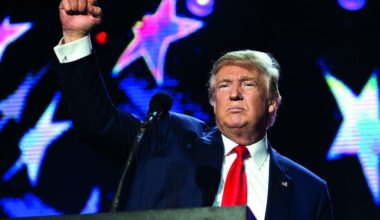 Read More
Years ago, much to the dismay of their strongest Arab ally, Saudi Arabia, the U.S. administration led by…