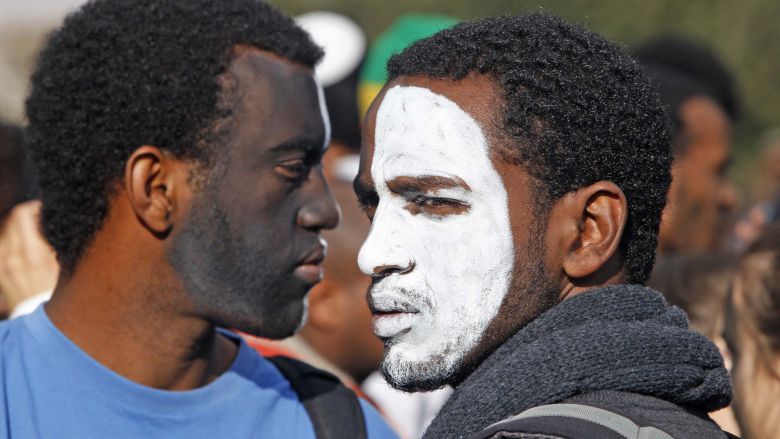 Haftom Zarhum, a 29-year-old Eritrean, needed to renew his work visa. As an asylum seeker who had come to Israel through Egypt from his home country, he was one of the more fortunate of his compatriots as he had a job in Israel.

On Sunday, Oct. 18, he went to the district town of Beer Sheba, in Southern Israel, in order to arrange for the documents he needed. On his way back to the moshav (Israeli agricultural community) where he was employed in a packing house, he passed through the central bus station of the town. Shortly after he arrived there, a resident of an unrecognized Bedouin village near Beer Sheba stabbed one Israeli army soldier and then opened fire and injured 11 others at the crowded bus station.

The atmosphere quickly turned into one of hysteria and fear. Someone saw Zarhum and pointed the finger at him as an accomplice to the terrorist. Zarhum’s skin color immediately turned him into a suspect. What happened in the next minutes is difficult to describe. In Israeli media it was defined as a “lynching.” Videos showed Zarhum fleeing the scene, only to be gunned down by a private security guard in the station who believed he was the terrorist. Zarhum fell to the ground, bleeding. And then the mob closed in. He was kicked repeatedly in the head by a crowd. The pictures of the bleeding Eritrean, lying on the ground, and Israelis beating him with a bench were no less than a horror show. Zarhum died shortly after this.

This display of mob violence was an extreme expression of the general attitude in Israel toward the tens of thousands of African refugees and asylum seekers who still live in the country. If anyone had any doubts about the racism inherent in Israeli society, after it has treated the Palestinians as lesser human beings for decades, its treatment of the Africans should finally expel all hesitations: We are indeed a racist society. With the Africans, Israel has no issue of security, no fear of terrorism or incitement, no political conflict to solve, no inherited hatred from previous generations, no memories of war. It is all about the color of their skin. A society that only some 25 years ago absorbed nearly one million Russians – of whom at least one third were not Jewish at all – now turns its back in a brutal way on a small community of Africans, those who have not yet been forcibly deported or pressured to return “voluntarily” and are trying to eke out a living in Israel. Around 45,000 African refugees reside in Israel today, of the 65,000 who originally made their way to Israel via Egypt. An estimated 7,000 of those who took their perilous journey through the Sinai desert were taken hostage by Bedouins, who tortured them and kept them in appalling conditions, until their relatives in Israel or Africa paid ransoms for their release. Friends of Zarhum said that he sent most of his income to Egypt in order to have his family released from their captivity.

After years of an open border between Israel and Egypt, where tens of thousands of Africans had entered the country, Israel built a massive, sophisticated fence that almost sealed the boundary hermetically. The 240-kilometer-long barrier was finished in December 2013. Now Israel is trying to sell its know-how to the world: look how we build electronic fences, yet more Israeli “pride.” The prime minister of Israel, Benjamin Netanyahu, who spearheaded the fence’s creation, explained that its purpose was “to guarantee the Jewish and democratic character of Israel.”

The state of Israel and most of the Israeli media define the African refugees as “infiltrators,” a term whose obvious purpose is to depict them as illegal and their presence in the country threatening. According to human rights organizations, the only proper legal definition is “asylum seeker.”

About 73 percent of the asylum seekers in Israel hail from Eritrea and 19 percent from Sudan, according to the latest government data. These people come from two dictatorships that are widely known for violating human rights. The refugees are in limbo. Over the years, asylum seekers have not had the opportunity in Israel to apply for, or even begin the process of recognition as refugees. Even today, only less than one percent of those who succeeded in the application process have been recognized as refugees. In the rest of the world, 85.3 percent of the Eritrean asylum seekers, 57.8 percent of the Sudanese are recognized as refugees or offered protection, according to United Nations data from 2014. This has created a situation where tens of thousands of asylum seekers are living in Israel without any kind of rights, work permits, health services, social services or proper housing. The official policy toward them is vague, unclear and there is no authority, except the immigration authority, that takes care of them.

In December 2013, the Israeli parliament passed an amendment to the law against infiltration, which enabled the authorities to arrest all the asylum seekers and transfer them to an “open” detention center, called Holot, in the middle of the Israeli desert. The idea behind the arrest of thousands of Africans was to exert such pressure on them that they would “voluntarily” leave Israel. The detention was limited to 20 months, but many were released and arrested yet again. Outside, they face an impossible situation in which they are not allowed to work and have no right to any social assistance or welfare from the state.

Thousands of asylum seekers gave up, got some pocket money from Israel ($3,500) and returned to Africa. Israel now has a relatively small African community, which cannot increase in number because of the barrier, but it persists in harassing and depriving these asylum seekers of any sort of hope for the future, and the state’s policies only serve to incite the public’s hatred against them. At a time when Europe and Middle Eastern countries are facing waves of migrants and refugees, Israel refuses to absorb even a small community of around 40,000 human beings. A state that was established on the moral grounds of saving Jewish refugees from the Holocaust, which took place only 75 years ago, is refusing to take its share by opening its doors and saving at least a small group of those in need. Many Israelis, whose parents and grandparents were refused on the borders of many countries and were sent back to the hell they had fled from, are trying to do almost the same.

Today, the situation in South Sudan is obviously much more perilous, but Israel has not given up its efforts to expel all South Sudanese nationals. No Sudanese or Southern Sudanese citizen has been admitted as a refugee in Israel, even though the United Nations reports that 96.8 percent of the latter asylum seekers globally have gained refugee or equivalent protection. The same goes for the Eritrean community in Israel: So far, Israel has recognized only four of them as refugees.

The issue of African asylum seekers should be a wake-up call for Israelis who still care about the character of the state, as it is yet another example of a deepening slide down the moral slippery slope of a state that for decades has dehumanized the Palestinians, and where non-Jews are now treated as a lesser kind of human being. It is also a reminder to the world that something is very wrong in the “only democracy in the Middle East,” and unfortunately it is not only its criminal endless occupation and oppression of the Palestinian people. 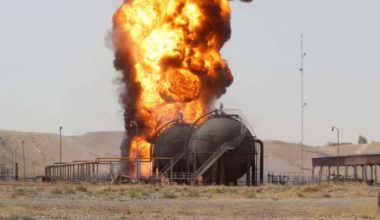