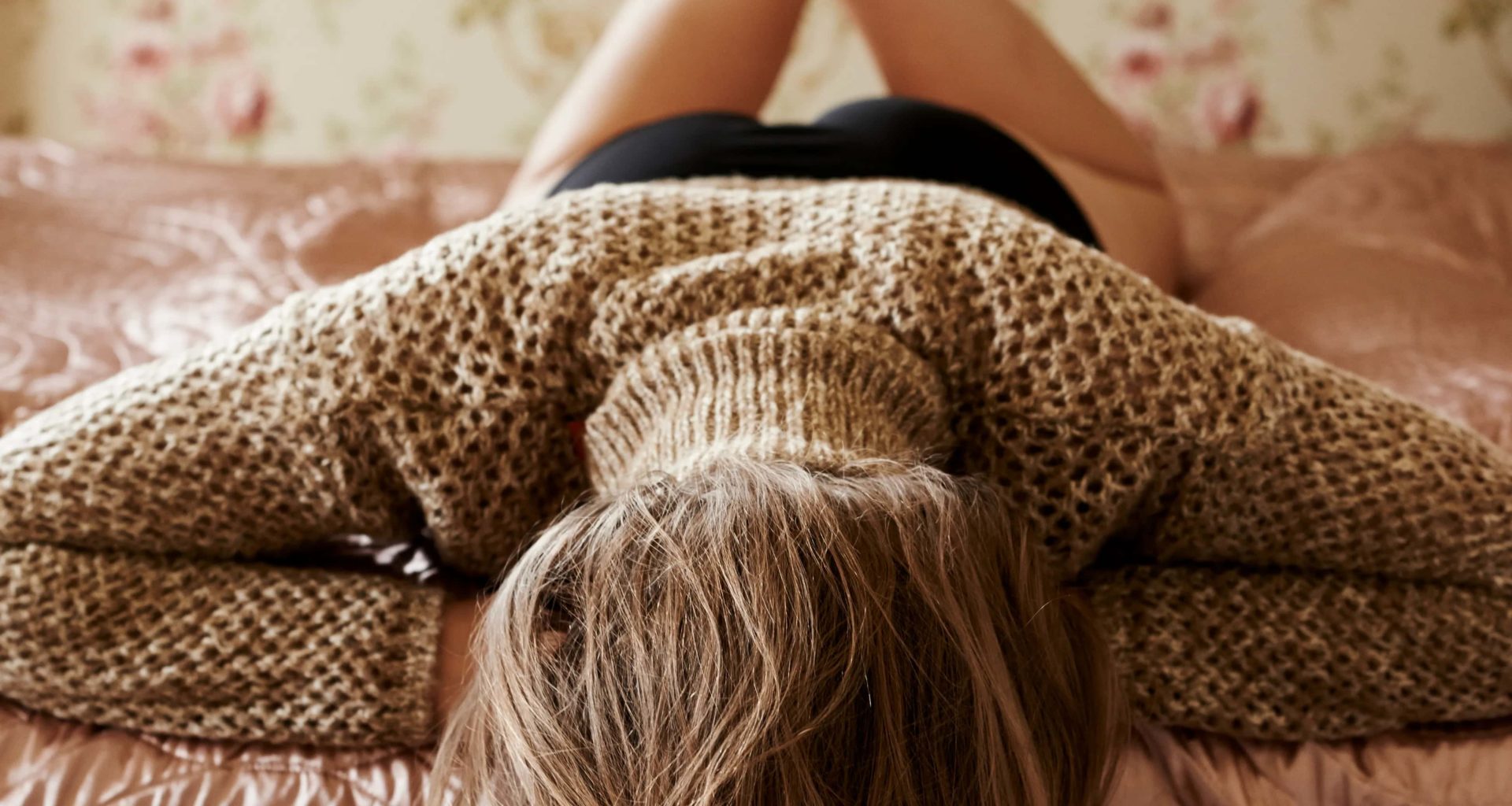 Here’s the thing about menstruation—it hurts. Period cramps are uncomfortable for women in general, but for those diagnosed with dysmenorrhea, the pain is debilitating and cramps leave you doubled over, unable to move.

For many, it directly impacts their everyday activity.

Dysmenorrhea is often accompanied by menorrhagia—extremely heavy menstrual bleeding that can last for weeks at a time, and the pain that accompanies it, is beyond torture.

The emergency room (ER) has been a monthly visit for me for the past couple of years. When I absolutely cannot stand the pain and multiple painkillers fail to do their job, a trip to the ER for an IV/injection of painkillers is my last resort.

However, this time around, when I went to a government hospital in Dubai to get treated, I was turned away, only to be told that my pain “no longer constitutes a medical emergency,” and that if I wanted the injection, I would have to pay a hefty fee for it along with any of the medical tests that would follow. “You want it? Tell me, I’ll start the paperwork. Otherwise, don’t waste my time,” the nurse told me as I twisted in pain.

For someone who has gone through this every month, paying AED250 per injection every time, plus charges for blood tests, is not a solution.

The pain is an everyday reality for many women, not only in Dubai or the UAE, but also regionally and worldwide, especially for those who have been diagnosed with the condition.

Apparently, this new “rule” was introduced by the Dubai government, as part of the mandatory insurance law. Under the Dubai Health Insurance Law No. 11 of 2013, all nationals and residents of Dubai, with a Dubai visa, must obtain a health insurance cover. The law was of three phases and came into effect in January 2014, and its last deadline was end of June this year.

The Dubai Health Authority’s (DHA) Mandatory Health Insurance Scheme was fully implemented in the emirate in July this year after incorporating the small businesses into it.

According to DHA officials, over 95 percent of Dubai’s expatriates are now benefiting from the mandatory health insurance.

In the past, the UAE’s government policy was aimed at encouraging the local insurance sector, while subsidizing several services, from specific medications to procedures.

But with the drop in oil prices over the past two years leading to lower oil revenues, the government has taken several measures including the lifting of government energy subsidies.

Much like the energy sector, the local governments within Arab Gulf states had to find new ways to cut back on their expenditure that was draining their finances.

As recent as this November, disgruntled Kuwaiti citizens punished government-related members of the Parliament who had sided with the government’s austerity measures, by refusing to reelect them.

The result was that nearly half of the new parliament in Kuwait is either part of the opposition groups or allied with them.

Many Kuwaitis have expressed their fear that the government may cut health subsidies much like it did to the energy subsidies in the first half of this year.

Back in Dubai, Newsweek Middle East tried to better understand the reason as to why certain medications, which were subsidized in the past are not any more covered by the government.

Newsweek Middle East’s continued attempts to get comments from the UAE’s Health Ministry and DHA on the issue were somewhat unsuccessful, as both kept diverting our questions to each other.

After initially being sent to the DHA, which regulates Dubai government-operated hospitals, the Ministry finally replied over a month later.

“In case of dysmenorrhea or any other medical condition reported to the emergency departments, the case will be evaluated by the medical staff (Triage) before being classified as an emergency case and will be followed by the collection of fees for the services provided to the patient,” the ministry said in an emailed reply.

“According to the Ministerial Decree No. 742 for the year 2013, an emergency case is a critical situation that requires immediate medical intervention to save the patient’s life or prevent damage to the body because of the complications…In case it is not an emergency, then normal fees will be applied according to the Cabinet Decision No. 18 of 2013. And this will be applied to case questioned (dysmenorrhea),” it added.

But when Newsweek Middle East spoke to women suffering from menorrhagia and dysmenorrhea, their experiences not only highlighted the struggle of a painful medical condition that governments, employers and policymakers need to pay attention to, but also revealed a shocking reality that such a condition can be life threatening as the patient can become anemic, or subject to harm during a pain-induced rage fit.

For women like Mona, a former researcher at the Dubai Ministry of Culture and Knowledge Development who wished to remain anonymous, the condition is nothing short of harrowing.

“My period is pretty much the most painful thing in my life (and I’ve broken several bones and that was fine in comparison).”

Mona says her periods “seriously limit” her daily routine for “sometimes over a week,” and she has to deal with it by taking a day or two off work because she can’t leave her bed.

“I had to resort to sleeping in the bathtub once because I couldn’t keep up with the bleeding, and eventually had to wear adult diapers or “disposable underwear”—and still do sometimes. I once bled constantly for over five weeks and ended up becoming seriously anemic,” she tells Newsweek Middle East.

“For me, whenever the patient comes with pain, it is an emergency. I don’t understand why they are saying it’s not an emergency,” Dr. Andrea Farhat, a specialist gynecologist & obstetrician certified by the German Board at the Western Medical Center tells Newsweek Middle East.

For Monerah Abdurahman, a research associate working for a management consultancy firm in Dubai, the painful condition began at a very young age—when she was in 5th grade. “It was hell. I would always go to the ER on the first or second day of my period get a pain injection and IV. I missed a lot of school days and gatherings because of it. The first two days are unbearable…” Abdurahman recalls.

Abdurahman, who graduated from the American University of Sharjah (AUS), says the strict attendance policy meant that either you miss classes and have your grades affected, or attend class in pain.

“In university, I missed classes on every first day of my period, unless I got it after classes or at night…I missed a lot because of that and no one considers it as a legitimate excuse. I remember this environmental studies professor in my freshmen year. On first day of classes, one of her rules was that no girls are allowed to skip [class] when they get their period and that it’s a lame excuse!”

What Abdurahman described is a problem that many women face in workplaces too.

Rabia Ali, an English instructor working in Japan, was working at an event management company in Dubai when she was diagnosed with dysmenorrhea.

“I had to do 15-hour weekends most of the time and started getting horrible cramps. It was so painful I would just [curl from hurting]. I usually avoid doctors and hospitals, plus my insurance from work was sh*t and didn’t cover anything. I had a lot of financial issues at the time and was supporting myself.”

Ali was misdiagnosed with polycystic ovary syndrome (PCOS) by a doctor in Dubai. She took the prescribed medicines for a few months to no effect. She then quit her job and sought a second opinion from a doctor at the Aga Khan University Hospital in her home country of Pakistan, which resulted in her being diagnosed with dysmenorrhea.

“I went ahead and took those medicines, and it took three months, but I was eventually cured,” Ali tells Newsweek Middle East.

According to Dr. Farhat dysmenorrhea could be due to a number of reasons, the main being endometriosis.

Treatment options include hormonal injections, or even an operation.

However, Dr. Andrea says treating the condition is not a problem. The main issue, she says, is dealing with the mindset in Arab countries, which stigmatizes medical conditions related to fertility and menstruation.

“As a gynecologist, prescribing contraceptive pills to unmarried women to regulate period and reduce bleeding…there is no problem. That mindset has to change. Sometimes, I face difficulty in explaining to relatives [of the patient] that it will not cause problems later in the future with fertility,” Dr. Farhat adds.

The thing about the female body is, it makes people uncomfortable. Consider the case of Rupi Kaur, the Insta-poet who Newsweek Middle East interviewed in November.

When Kaur posted an image of menstrual blood soaking through her pants and onto her bed as part of a visual arts project, Instagram deleted the post twice on grounds of it “violating community guidelines.”

Or consider TV advertisements. A blue liquid is used to demonstrate the absorbing capacity of a sanitary napkin. By the way, never have periods been such a breeze for any woman. They are messy, and there’s red blood involved. And it stains your clothes sometimes. Any woman who has ever been on her periods knows that the neat blue liquid of lies used in TV commercials is far from the reality. Perhaps the natural red blood that escapes a woman’s body is too radical, too disturbing, and too real to accept.

“It’s ridiculous how taboo it is to discuss something that affects 50 percent of the world’s population. When my mom was a kid in the south of Egypt, it was considered inappropriate for a mother to discuss periods with her daughters and so my mom and all her sisters thought they were dying when they got their periods. So I guess things are improving but it’s very slow and not enough,” says Mona.

According to Mixhers, “severe and protracted menorrhagia is a medical emergency that requires immediate treatment in the emergency room or other hospital settings.” This can result in anemia, a decrease in bone density and fracture risk, cramps, dizziness, fatigue, and loss of concentration—not to mention major inconvenience if you are sexually active or have plans for the future. 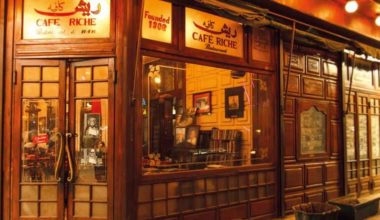