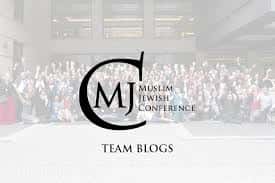 Lest We Forget: My Experience at the Muslim Jewish Conference

It is a part of ancient Jewish tradition to leave a small stone or pebble at a grave. While there are various perspectives on why one leaves a visitation stone, what everyone agrees on is that a stone will never die. Unlike flowers, a stone is permanent, something that signifies more than just a marker of someone’s visit – it signifies permanence of memory.

As we walked through the Sachsenhausen Concentration Camp on the fifth day of Muslim Jewish Conference (MJC) 2016 held in Berlin, Germany, we peeled through the historical layers of the camp, hearing about the atrocities prisoners from 42 countries had to undergo between 1936 and 1945.

At Sachsenhausen, forced labor was not a means to make goods, but to break people. Those individuals particularly detested by the Nazi regime; Jews, homosexuals and Polish intellectuals were sent to the worst sections of the camp. This was so that anyone with beliefs or ideas that the establishment considered ‘dangerous’ could have their voices collectively silenced. Here they were subjected to beatings, constant torture and even medical experiments including sterilization and castration among others. The exact number of prisoners who underwent this horrible ordeal is unknown but records show that 107 prisoners had undergone sterilization or castration by May 1941.

Prisoners were dehumanized as soon as they entered the facility, their heads shaved off, making them unrecognizable to even those from their own communities. “How can humans be so cruel to each other, when we are made to live with and love one another?” I thought to myself. These heinous acts were attempts to strip prisoners of their identity, to justify treating them as subhuman.

At Sachsenhausen, we learned that prisoners were split up into mixed barracks so that they wouldn’t start an uprising. This immediately brought to mind the state of the world we live in today – not only are we divided, but we are kept divided so that we do not rise against systems of injustice and inequalities. I imagined everything we could achieve if we were united and worked together towards common goals.

The MJC is truly a unique, safe space where one can not only tackle preconceived notions and stereotypes, but also self-reflect and organize with like-minded people. Throughout the week, alongside activities and sessions that involved all 150 participants, there are small committees of around 10-15 people each that focus on a particular theme or subject of interest.

There are also general sessions that focus on breaking down stereotypes and conflict transformation through group activities and interactive discussions. Discussions within my committee titled ‘Us & Them: Encountering Marginalization’ focused on issues of identity, anti-Semitism, Islamophobia, hate speech and free speech.

Never before have I been in a place where I could not only have open and honest discussions with people of other faiths, but also make lasting friendships with them based on mutual respect and understanding. The one week spent at MJC 2016 gave me hope and the audacity to dream of a better future in which we are all united towards engaging in constructive dialogue and bringing peace around the world.

Out of the approximate 200,000 prisoners at Sachsenhausen, about 45,000 died due to starvation, disease, overwork or execution. Our visit concluded with a unified prayer; both Jewish and Muslim prayers were recited for those that had suffered and died at the concentration camp. It was at this powerful and emotionally charged moment that I understood the true meaning of empathy.

As we made to leave the camp, I walked towards the barracks and placed a pebble at the memorial. Interestingly, the Hebrew word for pebble is tz’ror which means bond. I hugged my Jewish friends and experienced an emotional connection unlike one I had ever felt before. Looking into each other’s eyes, we experienced collective consciousness, shaded with painful memories. Through this visit, MJC provided an opportunity for both Jews and Muslims to show solidarity and share each other’s pain.

It made me think of the popular hymn sung at Shabbat feasts (Psalm 133, Book of Psalms):

“Behold how good and how pleasant it is when brothers sit together!”

Aleena Khan is a SOAS alumnus and a development professional working towards improved maternal and child healthcare in developing countries.

Education in the UAE: A School Principal Pens Her Thoughts 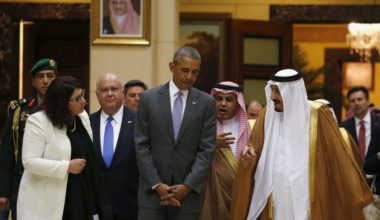 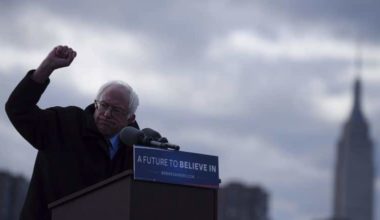 Read More
On April 15, the Bernie Sanders campaign will make a visit far from the presidential electoral map: The…