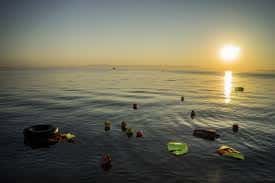 Lesvos: Where Sympathy and Sanctuary Endure

As winter takes its toll and high winds whip the sea up into a frenzy, men, women and children huddle together in rubber dinghies. Many are braving an unimaginable journey from Turkey destined to the tiny Greek island of Lesvos. As they reach the shore, hundreds of lifeguards and local volunteers rush forth to help them onto dry land.

Lesvos has served as the main gateway for the recent influx of refugees escaping the horrors of wars in Syria, Iraq and Afghanistan. But this is not the first time the island has opened its arms to those fleeing danger. Almost a century ago, Lesvos provided shelter to Greek refugees fleeing Asia Minor. This history provides insight into how refugees, past and present, cope with the challenges of survival, deprivation, social and personal disruption in their search for a new home.

1922: The Minor Asia Catastrophe and Refugee Identity
The catastrophe of 1922 marked the end of the Greco-Turkish War, arguably the start of the greatest exodus in Greek history. It also ended the 3000-year Hellenic presence in Asia Minor. Following the Turkish military campaign, a great fire engulfed the city of Izmir, claiming the lives of thousands. Working and upper class Greeks, who lived fairly comfortable lives in Asia Minor, became the bottom rung in a post-war Greece struggling to care for its own population. Athens and the northeast Aegean Islands received the majority of the hundreds of thousands of Greek refugees who had been fleeing since the first expulsion in 1914.

Descendants of those displaced Greeks today comprise almost 60 percent of Lesvos’ population. Militsa Kamvisi and Konstanina Mesiskli are among them. The elderly Militsa lives on a monthly pension of 330 euros in Skala Sikamias, a tiny seaside village where refugee boats arrive day and night. A photo of her feeding a refugee baby as his mother puts on dry clothes swiftly went viral on social media, leading to calls for a Nobel Peace Prize nomination for the residents of Lesvos.

Along with many others, Militsa sees it as a moral duty to help refugees, primarily due to their own parents or ancestors experience of displacement. Her mother fled Ayvalik, Turkey and arrived in Lesvos at the age of 17 with few belongings or clothes. All she had was her cousin, Kostantina’s mother.

When they washed up in Lesvos almost a century ago, her mother made tents out of stones and bed sheets; later they started working the fields and staying overnight at olive presses until the refugee settlement commission built houses for newcomers. Militsa followed in her mother’s footsteps. She worked the fields harvesting olives, planting vegetables and tending to cattle. But with the country torn by war, Greeks were increasingly leaving to find a better life abroad. Konstantina decided to leave too.

She left for the United States where she worked as a seamstress for wedding gowns. She spent the next 45 years living in Ohio, up until this year when she decided to return to her original homeland.
Konstantina is able to communicate with some of the refugees who speak English and is often heard commending the arriving women on their bravery for escaping. “I know how hard [it] is to leave everything behind; my mother came here as a refugee and I went to the U.S. as an immigrant myself. I spent 45 years there but my heart was always here in Lesvos,” she says in a soft voice.

Duty to Help
In Skala Sikamias, a middle-aged working class man, Apostolos, and his wife, Paraskevi, wait for the dinghies to arrive. Once they land, Apostolos rushes into the sea to give them a hand, pulling out babies and children off the boat. The 55-year old Apostolos is also the grandson of an Asia Minor Greek refugee. The Ottoman army had recruited his great uncle and the family never saw or heard from him again. His grandfather was fortunate enough to make it to Lesvos alive. Apostolos, who has three sons and three grandchildren, is from Nees Kydonies, a small village 23 kilometers from the city of Mytilene. Nearly every day, he accompanies his wife and one of his sons to Skala Sikamnias to assist the refugees. “For me it is a duty to help these people,” he says.

Yorgos Petrakis (L) describes how a cup of coffee once saved his family’s life.Yorgos Petrakis shares the same sentiment. I met Yorgos in Themistoklis Firkinis’ antique shop, located in front of the Yeni Cami (New Mosque). Petrakis and Firkinis helped me find photos of Asia Minor refugees, their plight forming a collective memory, binding them in a community of shared experience. Memories of their lost homeland in Anatolia play a major role in their attitude towards the current refugee crisis.

With tears in his eyes, Yorgos describes how a cup of coffee once saved his family’s life. When the Greeks and Turks were living peacefully in Phocaea, a Turkish guard asked for a glass of water from Yorgos’ grandmother; she brought him water, Turkish coffee and some sweets as a gesture of hospitality. Years later, when the Greeks were forced to leave Phocaea, that same Turkish guard, who served the Ottoman army, recognized Yorgos’ grandmother and helped them to sail to safety, out of Turkey.
The loss that shaped those refugees’ identity is also the font of empathy that allows residents to recognize the tragedy and trauma experienced by the Syrian, Afghan and Iraqi refugees arriving to their island.

“During the summer, I used to take my motorbike and ride to a nearby village in order to see some friends and buy some fresh fruits from a friend of mine. On my way back, I saw hundreds of refugees walking by the road under the hot sun. I had bought about five kilos of figs and five kilos of pears; I stopped the motorbike and I gave one fruit to every single mother that passed. I was left with only one pear that I kept for my wife—but I knew it was the right thing to do,” Yorgos says.

Historic Recurrence
Sitting at the faultlines between East and West, nations and empires, Lesvos occupies a special space that has shaped its peculiar identity. The island still bears visible marks of the Asia Minor uprooting. The statue of a Greek refugee mother stands proudly facing the sea in the city of Mytilene.

Muslim motifs of dilapidated mosques and crumbling minarets testify to the long Ottoman presence on the island. Four of these mosques still survive to this day, while many others were converted to churches and have accommodated refugees in the past. Yeni Cami is the most impressive among the remaining mosques. Located at the center of Mytilene, it was built between 1824-1826 and had sheltered many Greek refugees from 1922 until 1936.

The 1922 Catastrophe gradually transformed Greece. Ten years after the arrival of the refugees, the country’s arable land increased by 55 percent and rural incomes doubled. The arrivals also contributed to the industrial development, with more than 900 industries established between 1923-1930, while foreign trade almost doubled. The refugees, among them scientists, intellectuals and artists, had enriched Greek heritage. Today, the trauma of displacement and the pain of exile are felt most acutely by the descendants of refugees, as well as the refugees themselves. Lesvos knows that the newcomers will contribute more than they receive; few can be more conscious of this than those who were once uprooted themselves. For this reason, residents of Lesvos do not see a burden in today’s refugees, but a new world in its inception. 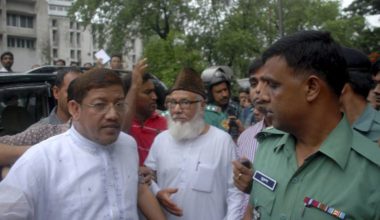 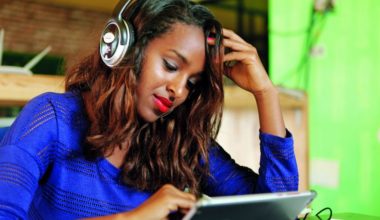