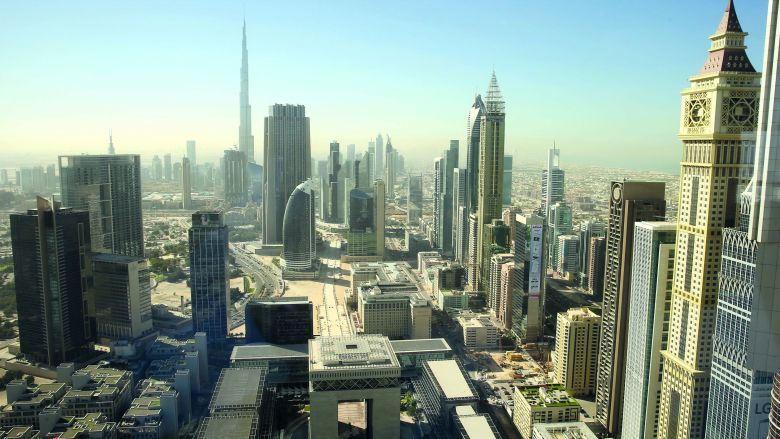 The formation of the first cities more than 9,000 years ago, stands as civilization’s greatest milestone. Yet, it was technological innovation—the invention of the wheel—that made agriculture, farming and by extension, civilization itself, possible.

That same spirit of technological innovation has, throughout the ages, continued to transform our cities and way of life, culminating in human feats like the industrial revolution.

Today we stand again on the precipice of another potential revolution, the emerging of smart cities. It is a revolution that the renewable energy sector and Middle Eastern countries such as the United Arab Emirates (UAE) and Qatar, stand at the helm of.

The term ‘smart cities’ refers to the concept of cities undergoing a modern technological update, or “cities 2.0” if you like. The idea is based on information and communication technology being used to solve city-wide problems and improve sustainability and efficiency, granting the population an easier and more modern way of living.

Clean energy is fundamental to that vision. After all, major societal innovation is often driven by necessity. Currently there is no greater necessity than averting the potential humanitarian catastrophe of unabated global warming.

But what do attempts to make cities smarter, really mean for the oil-based energy infrastructure of Arab Gulf Cooperation Council (GCC) countries?

Updating the grid
For one, smart cities would address a major obstacle facing the transition towards clean energy for many countries: The need to update an old centralized grid system, designed fundamentally for fossil fuel consumption. Most national energy grids, like those in the GCC, are by nature centralized and transmit energy from a single source. But with the growth of renewable energy, grids will have to facilitate power from a multitude of sources, inevitably overburdening them.

The United States offers an example of how grid modernization can enhance grid efficiency. It deployed over 65 million smart meters, contributing to a dramatic increase in energy efficiency, as well as investing over $20 billion annually to improve smart grid infrastructure and distributed generation incorporation.

The off-the-grid economy
However, there is a far more profound solution offered by the smart city concept and that is to decentralize energy production, which would empower ordinary citizens to independently produce clean (solar) energy on demand.

Increasing the use of smart grids and micro-grids (small-scale localized versions of the centralized electricity system), alongside technological advancements in solar energy storage and the correct regulatory framework, could trigger the creation of an “off the grid economy;” a bottom-up movement of energy consumers and producers in the Middle East, granting citizens greater autonomy over their energy resourcing, costs and security.

If technological innovation is the driving force for major societal change, then it is the ability to store solar energy that has made this new vision of a smart clean decentralized energy structure possible. Solar storage, alongside ‘smart grids’ and ‘data management’ represent three critical components of the “off the grid economy.”

The decentralization of energy also represents a fundamental tenet of the smart city. Historically, major technological advances have, for the most part, granted ordinary citizens progressively more control and helped shift power away from vast centralized structures, towards increasingly dispersed ones.

The clean energy revolution aptly represents this shift, perhaps second only to how modern communication platforms like the internet have decentralized traditional systems of communication. The world of energy will follow suit—going off-grid will give individuals and civil society unprecedented power over their own energy production and consumption, just like the internet granted people the ability to produce and publish information in an autonomous fashion.

Of course, an “off-the-grid” economy would not replace the central grid in GCC countries. Rather it would complement it, by relieving some of the overwhelming traffic our old grid structures struggle to accommodate. This is precisely why a twin approach that combines the need to upgrade the centralized grid, whilst also encouraging an independent off-the-grid-economy is so important.

A smart future for Gulf cities
There is still a long way to go in the creation of a fully functioning smart city, yet there is reason for optimism. Arab Gulf states like the UAE and Qatar are already taking a lead in creating the smart cities of the future. The Dubai Plan 2021 which plans to develop Dubai into a “smart, integrated and connected city” has a strong focus on energy sustainability and using renewable energy sources.
The topic of smart cities will also figure heavily in the Arab Future Cities Summit in Qatar this April, as the new Qatari city of Lusail is already being developed as a smart city.

With added support and investment in Middle Eastern cities, we could soon enjoy a future that is eco-friendly, resourceful and smart. 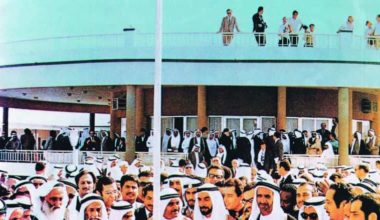 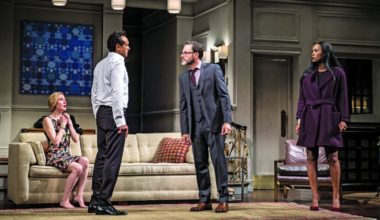 Read More
I saw Ayad Akhtar’s difficult play Disgraced this weekend at the Seattle Repertoire Theatre. The performance, which has…