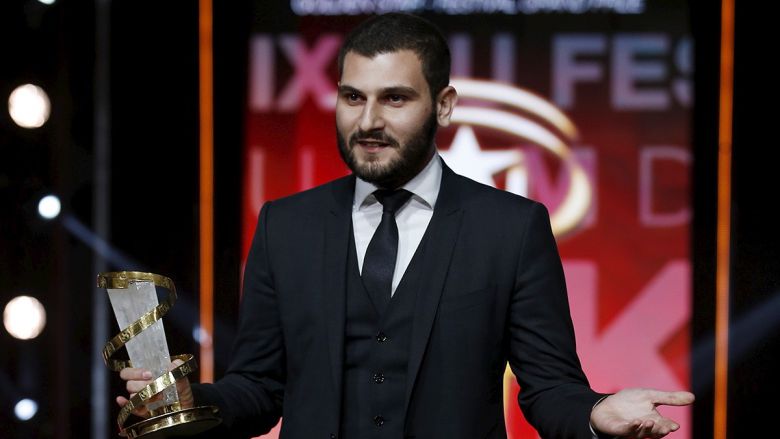 New Big Shot on the Block

Much like American comedies like Wag The Dog and Meet John Doe, Lebanon’s Very Big Shot opens with a series of lies.
On the surface, the film appears to be a story of three brothers engaged in a drug heist amidst the backdrop of Syria’s civil war. But like many stories broadcast both in real life and in fiction, there is a dichotomy between what actually happens and the image viewers receive, Bou Chaaya told Newsweek Middle East.

“The main concept … we developed throughout the story and the film itself was the power of the image, and how far can the manipulation go when someone is aware of” that power, he said during an interview in Morocco last month, where he won the Golden Star for Best Film at the Marrakesh Film Festival.

In Very Big Shot, co-writer of the screenplay Alain Saadeh stars as Ziad, the eldest of three brothers detained by police after he accidentally shoots and kills someone during a street fight. After Ziad and his brothers lie to investigators about what happened, it is left to the youngest brother Jad, (Wissam Fares), to take the fall because he’ll get the lightest sentence.

During the five years Jad serves in jail for a crime he didn’t commit, Ziad and middle brother Joe, (Tarek Yaacoub), get involved in dealing cocaine using their family’s pizzeria as a front. With Jad’s impending release, the brothers are eager to stop dealing drugs and open a legitimate restaurant. But their cocaine supplier, a businessman nicknamed “Abu Ali,” convinces Ziad to take one final job: deliver a large truckload of Captagon, a powerful amphetamine popular with fighters in Syria’s civil war, and Abu Ali will lend Ziad the money he needs to go straight and open a restaurant. When things go awry with the delivery, Ziad, Joe and Jad find themselves with a lucrative supply of Captagon on their hands. Each brother wants to do what he thinks is best for the family. Ziad and Jad want to smuggle and sell the drugs outside Lebanon, while Joe wants to return it.

The film takes a comedic twist after Ziad chances upon a documentary his indebted cocaine customer Charbel, (Fouad Yammine), is editing, which reveals a way to smuggle the Captagon. In it, Lebanese film pioneer Georges Nasser makes a cameo to tell the true story of an Italian film crew who smuggled hashish and opium out of Lebanon during the 1980s using film canisters. Ziad wants to do the same thing, but to obtain the permit necessary to prevent authorities from scanning the canisters, which are supposed to contain unprocessed film, he needs to produce an actual movie.

Charbel is eager to direct his own film, a love story about a Christian woman and a Muslim man in Beirut. Ziad threatens his way into a producer position and, against Joe’s wishes, sells their father’s house to finance it. What starts off looking like an ordinary movie about drugs and murder becomes a satirical comedy about a protagonist shooting a film within a film. Soon, Ziad wrests near complete control over the film, manipulating the script and the drama surrounding the film’s production to shape how others perceive him. Ultimately, Ziad progresses from maneuvering his drug shipment across state borders to manipulating public opinion.

The synthesis between power, money and image in Very Big Shot echoes sentiments expressed by Jury Chairman Francis Ford Coppola at the Marrakesh Film Festival’s opening press conference. “You can figure out who is running the world by who is employing the artists,” he said. “People who control the motion picture, what it’s going to be, hire the directors … want to make money.”

“When [Ziad] discovers cinema and when he discovers what the backstage of filmmaking is and how you can fabricate the images, this is when he becomes a true manipulator. What we wanted to see in the film is how far he can go with the manipulation,” Bou Chaaya said.

Lebanon’s history of internecine wars and the side effects of the current war in Syria are quietly woven into Bou Chaaya’s film, which was shot in the northern suburb of Dekhwaneh where he and Saadeh grew up. The consequences of these conflicts and the divisions they wrought seep to the surface as Charbel’s movie is set in motion. “You won’t see what’s happening in a war, but the consequences of war,” Charbel says in one scene as he describes his movie.

“Lebanon is not a country at war. But what we are living there—the explosions, the conflicts, the sectarianism —these are aspects or consequences of a war,” Bou Chaaya tells Newsweek Middle East.

“We were trying to be true to everything that’s happening in the region. We wanted to project reality as it is in a cinematographic way,” he added.

Very Big Shot will screen at the 39th Goteborg Film Festival in Sweden later this month. 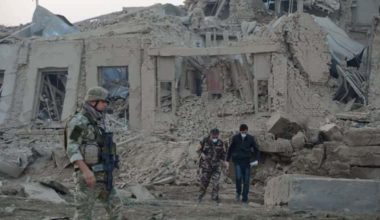 Read More
KABUL, Nov 12 – A Taliban suicide bomber dressed as a labourer blew himself up at the NATO…
UUncategorized 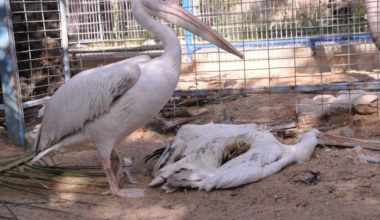 Read More
In Khan Younis, south of Gaza, empty cages in the city’s sole zoo have been overtaken by untrimmed…