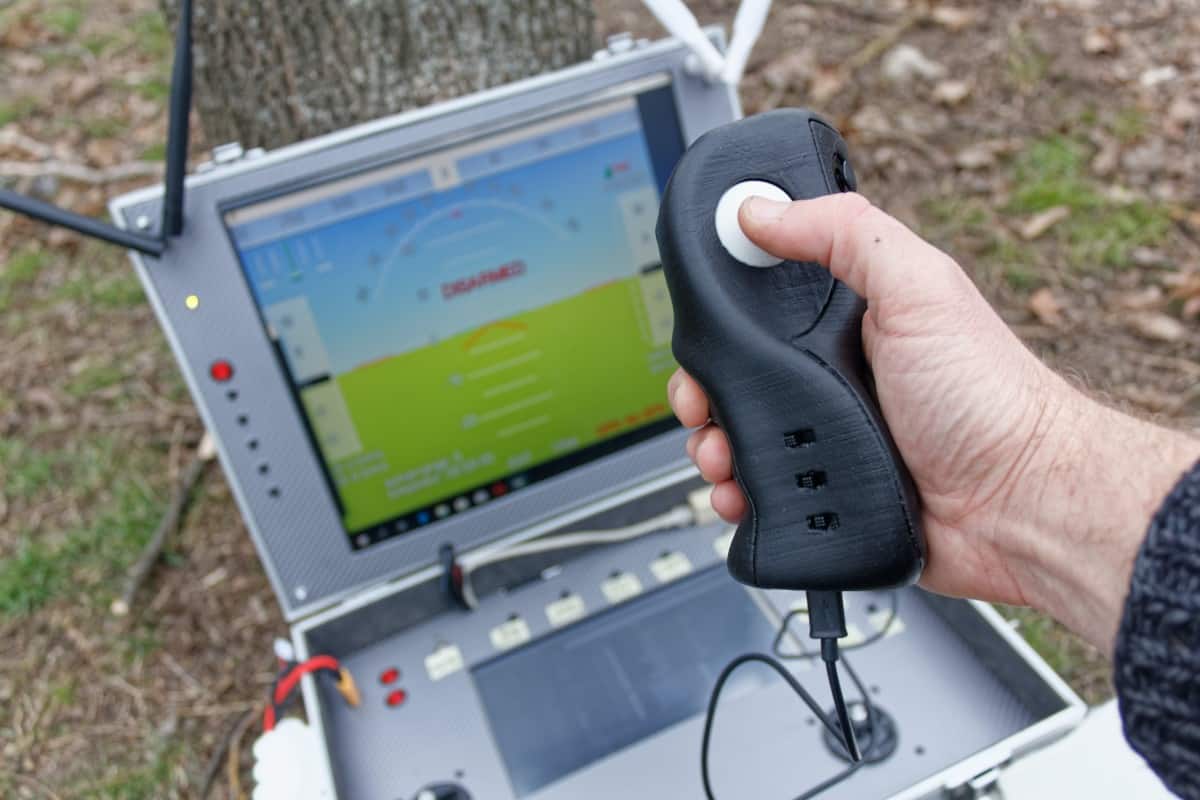 SEOUL, Dec 7 – A South Korean start-up company has developed a thumb joystick that allows users to fly a drone with one hand, replacing the traditional two-handed joystick.

The “Shift” controller, produced by Seoul-based “this is engineering Inc”, comprises a wireless thumb ring and small joystick which the developers say can make flying a drone more intuitive.

The user holds the joystick in one hand and inserts their thumb into the unattached ring. When the operator’s thumb moves, the drone goes in the same direction.

“The position of the thumb determines the speed and direction of the drone,” Hong Yoo-jung, the company’s founder and chief executive, told Reuters Television.

The basic thumb ring and stick is expected to go on sale in Europe, Asia and the Americas early next year and sell for around $150.