Last week’s terror attacks in Quetta, Pakistan, saw three generations of lawyers, wiped out. Quetta has been one of the longest-suffering victims of terrorism since September 11, 2001 in both Pakistan and throughout the world. But the recent attack on this vulnerable yet vibrant city is one of the worst it has seen in decades.

It began with the targeted death of Bilal Anwar Kasi, head of the Baluchistan Bar Association, who was shot at point blank on his way to work on Monday, August 8.

His death alone was enough to shake the province’s legal community, and as dozens of his colleagues gathered shortly after at the city’s Civil Hospital to receive his body in preparation for his funeral, the terrorists struck again, detonating a bomb at the entrance of the hospital.

Some 74 lives were lost in Monday’s attack, mostly lawyers along with two cameramen working for Pakistani news channels. Dozens were critically injured in the attack.

This is not the first time that lawmakers in the country have been targeted. In March 2013, a suicide bomber detonated an explosive device at a judicial complex in Peshawar, killing four. And just days prior to the hospital bombing, lawyer Jahanzeb Alvi was shot dead in Quetta.

However, the terrorist attack was adopted by Jamaat Ul Ahrar, a faction of Tehreek-e-Taliban (TTP), and Daesh.

“It was a soft target for the terrorists, who attacked an educated part of society that condemns their ideology, in order to create terror and fear,” says Saleem Lehri, senior superintendent of the local police.

According to him, Daesh has not been present or active in the province, and its involvement in the attacks is still questionable.

[Daesh] is not operating in this area, although TTP is and we are aware [that] their hideouts are [along] the border of Pakistan and Afghanistan, explains Lehri.

However, to some Pakistanis, Daesh’s presence in Quetta is real.

“I don’t think it should be a surprise that [Daesh is] in Pakistan. All signs point to it. Every [militant] can find an easy sanctuary in Pakistan,” says Barkhurdar Achakzai, a 32-year-old criminal defence lawyer who lost many of his friends and colleagues in Quetta terrorist attacks a week ago.

Among the victims was Arbab Adnan Kasi, a 38-year-old lawyer with a degree from London.

His youngest son, who is hardly three, was sitting in the back of a pickup truck, watching the commotion. He saw so many cars and people and thought it was a celebration. He raised his hands and high-fived the mourners filing through, unaware of the reason they were there, says Achakzai. Kasi was a senior advocate at the same law firm as Achakzai.

According to his family, Kasi was a loving father and an energetic man who tried his best to help others in need.

“People will come and go, and I will be left with my pain. But more than mine is the pain of his mother and wife,” Kasi’s father, Arbab Afzal Kasi, tells Newsweek Middle East.

Another victim of the terrorist attack was Qahir Shah, a High Court lawyer from Chaman.

“We would spend time together whenever I [was in] Quetta. He always took the time to come and see me… He came from a poor family, [and was] its main breadwinner,” Shah’s friend, Rashid Khan tells Newsweek Middle East.

As lawyers gathered at the hospital, some suggested it was unsafe for them to be there. Aminullah Kakar, one of the many lawyers present and one of the few who survived, says he overheard Shah reassuring a colleague, Noorullah Kakar, no harm would come to them. Both Shah and Kakar were killed in the blast.

Meanwhile, the growing fear within the city is evident, and unsurprising. Last Thursday saw a second bomb blast in the same week on Quetta’s streets, injuring 13. Immediately, news channels warned residents not to congregate in the area, foreseeing the possibility of a second consecutive attack.

“Being a Pashtun, violence has never really left us,” adds Achakzai. “But this attack wiped out the hopes and dreams of three generations of lawyers. That is a first.”

And as Quetta tries to mend its wounds and move on, the next step to prevent further loss of lives and destruction remains complicated.

According to Lehri, in order to improve security and protect the people of Quetta, we need to gather intelligence information and carry out targeted operations.

“Deploying more armed personnel is not the answer. We need to look inwards and readdress the post-9/11 policies. If armament was the solution, it would have worked by now. But it hasn’t and it never will. We have tried that, and visibly failed.” 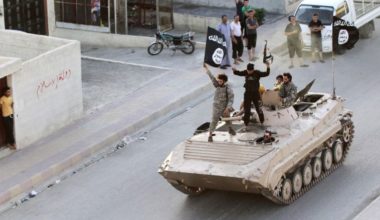 Read More
One hundred years ago in May, Sir Mark Sykes of Great Britain and Francois Georges-Picot of France sat…
FFeatures

Read More
Twelve years ago, Kuwait took a decision to build a new public university known as the Sabah Al…