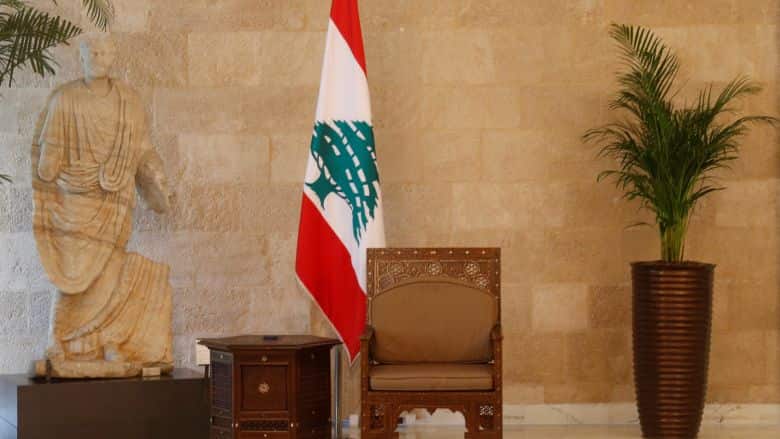 BEIRUT, Oct 31 – Twenty-six years after being forced from Lebanon’s presidential palace and into exile by the Syrian army, Michel Aoun is set to be elected head of state on Monday, backed by many of his old enemies.

The elections will finally see Lebanon elect a president after nearly 3 years of not having a head of state.

The 81-year-old Christian leader is expected to garner the majority of the parliamentary votes during the presidential elections that will happen at noon, Beirut time, following his endorsement by Lebanon’s largest political parties: Future Movement, the Lebanese Forces, Hezbollah, and the Progressive Socialist Party.

Aoun has been allied with Hezbollah for a decade. But he will fulfill his long-held ambition thanks to the unlikely endorsement of Sunni leader Saad Al Hariri, who waged political war for years against the Shiite Hezbollah movement and its allies with Saudi backing.

Hariri is to become prime minister under the new deal which he hatched with Aoun.

Aoun’s election would end a 29-month-long vacuum in the presidency, part of a political crisis that has paralysed Lebanon’s government and raised concerns over its future as civil war rages in neighboring Syria.

However, doubts remain over his ability to forge the cross-community consensus needed to make his administration succeed. “I do not know to what degree he will be able to reconcile the great contradictions that his rule will group together,” said Nabil Boumonsef, a political commentator at An-Nahar newspaper.

An Aoun victory would mark a remarkable turn of fortune for the former general who fought two wars in the late 1980s at the end of Lebanon’s 1975-90 civil war – one against Syria and the other against rival Christian forces.

His subsequent alliance with Hezbollah backed by its Syrian and Iranian patrons helped to cement divisions in the once dominant Maronite Christian community. But it also angered the United States, which views Hezbollah – a heavily armed group and Syria’s strongest Lebanese ally – as a terrorist organisation.

His election will also be viewed as a victory for Hezbollah, Tehran and Damascus over Hariri’s Sunni allies in Riyadh at a time when Saudi Arabia has appeared to retreat from Lebanon as it prioritises fighting Iran in the Gulf. It will also raise questions over Western policy towards Lebanon, whose army depends on U.S. military aid.

Triggered by financial misfortune, Hariri’s concession is seen as the last resort to secure the political survival of a man who has accused Syria of killing his father, Rafik. Hariri’s standing in Lebanon has been hit by the financial crisis caused by troubles at his Saudi-based construction firm.

Parliament is due to convene at noon (0900 GMT) on Monday to elect the president. If Aoun doesn’t secure the two-thirds majority required to win in the first round, he seems certain to prevail in a second, where he needs 65 votes in the 128-seat chamber.

His opponent is Suleiman Franjieh, a fellow Maronite Christian, who is unlikely to command much support. Under Lebanon’s sectarian system of government, the presidency is reserved for a member of this community.

Aoun, who headed one of two rival governments in 1988-90, has long coveted the post.

His victory would mark a new phase in Lebanese politics, and the final collapse of the Saudi-backed alliance that had struggled against Hezbollah and its allies since the 2005 assassination of Rafik al-Hariri.

Aoun inspires both adulation and enmity in Lebanon, where he made his name as a combatant in the 1975-90 civil war, like many Lebanese politicians. With Aoun heading the biggest Christian party in parliament, it will be the first time since the war that one of Lebanon’s main Maronite leaders becomes president.

The unlikely spectrum of support for his candidacy includes civil wartime enemies Samir Geagea, a rival Christian, and Druze leader Walid Jumblatt. But he still has powerful adversaries opposed to his election, foremost among them the influential Parliament Speaker and Shi’ite leader Nabih Berri.

Hezbollah’s steadfast backing for Aoun has been critical to getting him this close to the presidency. Last year Hariri proposed Franjieh, another Hezbollah ally, for the position. But rather than ditching Aoun, Hezbollah declared him “the obligatory path” to the presidency.

Aoun is a controversial figure abroad as well as in Lebanon, with a reputation for erratic decision-making.

After lobbying for years against Syria from exile, he returned to Lebanon in 2005 after Syrian forces withdrew from the country in the wake of the Hariri killing. Aoun received a hero’s welcome from supporters in Beirut’s Martyrs Square.

Less than a year later, he struck his alliance with Hezbollah, positioning himself squarely in the pro-Damascus camp that later mobilised to try to topple the U.S.-backed government at the time.

Aoun’s move to Hezbollah drew anger from the United States which believed he had given political cover for it to keep its weapons and “moved a long way” from his support for a U.N. resolution that sought the disarmament of all militias in Lebanon, according to a U.S. diplomatic cable published by Wikileaks.

In the 2006 cable, then U.S. ambassador Jeffrey Feltman concluded Aoun’s presidential ambitions were “overriding any other concern”. Aoun told the Americans the alliance was an attempt to draw Hezbollah into the political mainstream.

In the final years of the Lebanese war, Aoun led one of two rival governments and set up his administration at the presidential palace at Baabda, southeast of Beirut.

Aoun visited Syria in 2009, where he met President Bashar al-Assad. In a 2014 interview, Assad said he would welcome Aoun’s election as president, calling him a believer in “the resistance” – a reference to Hezbollah.

Hezbollah is fighting in Syria in support of Assad.

Aoun has defended Hezbollah’s role in Syria, saying that it was defending Lebanon and Lebanese Christians from the threat of jihadist militancy. Hezbollah’s Lebanese opponents say its role there increases the risks to the country.

Donald Trump Tests Positive for Everything, According to His Own Doctor 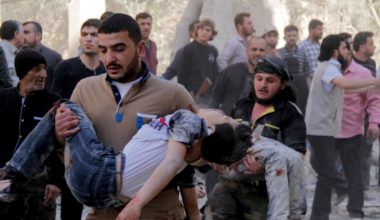 Read More
A boy sits outside a bakery in the rebel held al-Shaar neighbourhood of Aleppo, Syria July 14, 2016.…
WWorld

Read More
ABOARD A US MILITARY AIRCRAFT, Dec 5 – While the fight to retake the Iraqi city of Mosul…