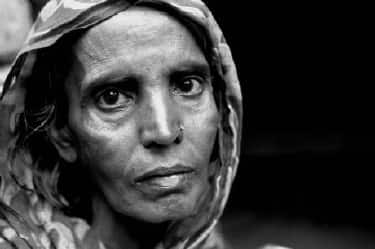 Pakistan: The Shame Of It All

The medieval practice of honor killing is defined as “the murder of a family member, usually a female, who is perceived to have brought dishonor and shame on their family.” In the majority of cases, an honor killing is not only justified as such by the perpetrators, but also by their families and communities. As a result, few deaths are reported, few are arrested, and few press charges. The victim slips into oblivion; the murderer is “forgiven,” and heads nod approvingly. Life continues for everyone, and the victims are soon forgotten.

The law in Pakistan is based on the principle of forgiveness, whereby a victim may pardon the aggressor, thus exempting them from prosecution. In the case of honor crimes, when the victim is dead, their next of kin takes on the role of forgiver on their behalf—but herein lies the tragedy. The victim’s next of kin is also often the perpetrator.

Such atrocities still occur far too frequently around the world, but a current campaign to eradicate them from Pakistan—where tradition often usurps the law—may finally be the country’s chance to rid itself of this stain on its society.

The United Nations estimates more than 5,000 honor killings take place around the world every year, and from these, more than 1,000 are in Pakistan. According to the Human Rights Commission of Pakistan (HRCP), this horrific crime has been carried out in the country more than 15,000 times since 2004. But the data is blurry, and with so many cases going unreported, official figures can be unreliable.

While women and girls make up the large majority of victims, boys and men have also been a target of honor killings at the hands of those they trust most. The murders are carried out in horrific ways that include being set on fire, poisoned, tortured and electrocuted. Last year, a reported 469 honor crimes were committed against females, and 87 against males, according to the HRCP. Since 2014, the figures have increased, and the true tally may be much higher.

But where is the honor in killing a daughter, a sister or a niece? How can the word ‘honor’ even be used to describe a crime that is little more than cold-blooded murder? And for how long will it be ignored? Since its inception as a nation, Pakistan has struggled with many social ills, and this is one of the more pernicious. In 2016, there is no place for such barbarism, and the country’s potential game-changers may be coming together to finally put an end to this practice, once and for all.

A new documentary by one of Pakistan’s leading filmmakers, Sharmeen Obaid-Chinoy, has sparked controversy and started a brave debate that promises progress and empowerment for Pakistan’s women, and has reignited a fire amongst law-makers to make changes to the legal system. A Girl in the River: The Price of Forgiveness tackles the fight head on, telling the story of Saba Qaiser, who survived an attempted honor killing. At 19 years old she was shot, bundled up in a plastic bag, thrown in a river and left for dead. Luckily, the shot to the head was not lethal and she managed to claw her way out of the bag. Her tale sounds terrifying enough, until you learn the identity of her attackers: her father and her uncle. Her alleged crime was to marry a man of her choosing, without her father’s consent.

Obaid-Chinoy explains why she chose Qaiser as a subject for her latest film. “Many people believe that there is nothing wrong with killing your wife, daughter or mother if they have brought ‘shame’ to the family,” she tells Newsweek Middle East.
“Honor killings are considered a taboo subject by many in Pakistan. There is a perception that somehow these murders fall under the purview of the family and that they shouldn’t be questioned or challenged,” she adds.

“To me they have always been pre-meditated cold-blooded murders justified under the guise of culture or religion. So even while some newspapers would report honor killings, embedded within the article would be some sort of justification—‘the girl was killed because she ran away from home’ or because ‘she fell in love’ or because ‘she wanted a divorce’.
“I wanted to tell the story of a victim of honor killing because I wanted to start a national discourse about this issue and build momentum to garner support for key legislation,” she adds.

Obaid-Chinoy describes her meeting with Qaiser’s father, whom she visited shortly after he had tried to kill his daughter. “I went to speak to Saba’s father after he [had] been arrested and he had so much hatred in him. He was still adamant that Saba was in the wrong and he felt justified trying to kill his own daughter. He felt it was his duty as a father and husband to protect his family from the ‘dishonor’ that Saba brought upon them by falling in love and getting married,” she says. “The interaction that I had with him spoke volumes about the kinds of choices we women have in the world and how our lives are impacted by the decisions taken by others,” she adds.

On February 15, Pakistani Prime Minister Nawaz Sharif met the filmmaker at his residence in Islamabad to discuss details of the anti-honor killing campaign, The Price of Forgiveness, spearheaded by her. The meeting came after the film was nominated for an Academy Award this year—Obaid-Chinoy’s second nomination. (Her film, Saving Face, won the 2012 Academy Award for Best Documentary. The film on acid attack survivors led to the implementation of tougher laws and punishment against the crime.)

And she hopes to do more of the same with this nomination, intending to use it as a driving force to push legislation through. “Last year, Senator Sughra Imam introduced the Anti-Honor Killings Laws (Criminal Laws Amendment) Bill 2014, which aims to make the crime non-compoundable so that a convicted person cannot escape culpability by being ‘forgiven’ by the victim. The bill passed through Senate in March 2015 but lapsed in Parliament later that year,” says Obaid-Chinoy. “We are determined to push all stakeholders to pass the Anti-Honor Killings Laws in the Parliament. This would right a long-standing wrong in Pakistani society and ensure that perpetrators are punished and victims are protected,” she adds.

Shortly after the 2016 Oscar nominations were announced in January, the prime minister publicly announced his support for Obaid-Chinoy and the subject matter she was tackling. In a statement, he stressed “the government’s commitment to rid Pakistan of this evil by bringing in appropriate legislation.”

He also highlighted that there was no place for practices such as honor killings in Islam, or within its principles and theories. His promise to work towards tougher legislation and greater awareness began with the first screening in Pakistan of the film, which was held at the Prime Minister’s Office on February 22. But will Sharif make good on his word to make this campaign a top priority? Similar promises and conversations have taken place in the past. No one can be certain he will deliver—and many are sure he won’t—but the first step is dialogue, and momentum must be maintained.

With the world’s attention focused firmly on the film, and the pre-Oscar buzz ensuring its message is heard, Obaid-Chinoy is riding the wave of publicity to do all she can to bring about change, and the momentum seems to be helping. In the last few days, it was announced that the government would amend the current rape and honor killing laws in the next joint session of parliament, and draft changes followed by a draft law are currently being drawn up. Once the new laws are in place, it will ensure that honor killing is treated as ‘Fasad Fil Ardh’ (spreading mischief on earth) and that the concept of forgiveness is not abused, by giving the courts more power to accept or reject this form of pardoning.

The drive for change and the actions of the prime minister are positive signs and a definite step in the right direction, but only time will tell how effective the changes are and, more importantly, whether or not they are being implemented efficiently on the ground.

Obaid-Chinoy expressed her gratitude for Sharif’s support, and said it was important he honor his word. “There have been advocates who have been working on the issue of honor killing in Pakistan for years, and I feel the film has helped bring new attention to the issue. The prime minister pledging to work on the issue of honor killing has, no doubt, helped elevate the issue and started a much-needed national discourse about why this heinous crime exists in our society,” she says. “I feel, as a father and a grandfather, it is important for him to make that gesture, not only to the women of Pakistan, but also to the women of his own family.”

Unfortunately—but unsurprisingly—the film and the subsequent attention has brought with it a number of detractors. But Obaid-Chinoy is no stranger to critics of her work, who claim she should do more to promote the country and religion in a better light on the international stage. She is often criticized for focusing on negative stories, which also happen to be topics people are most afraid to talk about.

“I welcome criticism because, as a documentary filmmaker, I feel that it is my duty to address issues that people do not want to discuss. I’ve always been interested in topics about human rights and women’s issues that many people find controversial,” she says. “I choose to film subjects that spark difficult conversations and make people uncomfortable. Change only comes about when people are forced to discuss an issue, and that’s what I hope my films do by highlighting the issue.”

On February 28, Obaid-Chinoy will find herself at the Oscars once again, representing change in Pakistan, a potential step forward, and a great deal of hope. Taking home the statue is not necessarily the perfect ending or even an end to this particular story, but possibly the beginning of a long, gradual road to betterment.

“For me personally, it will be a big win if we, as a nation, take this opportunity to acknowledge that we have a problem and pass the Anti-Honor Killings Laws Bill 2014,” says the filmmaker. “It is time we change the law and stand up for the victims of this heinous crime.”

Saudi Arabia: The End of Oil 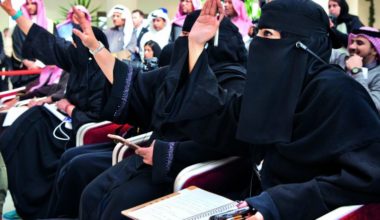 Read More
Media coverage of Saudi Arabia over the past year has largely focused on its new, more assertive foreign…
FFeatures 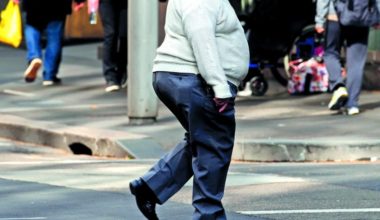 Read More
Even with the challenge of declining oil prices, the economies of many countries in the Middle East have…