A few Palestinian basketballers exercise at the Palestine Sports Club in the coastal city of Gaza. The game is intense and the players seem to be enjoying it, despite the extra physical effort they have to exert pushing their wheelchairs with one hand and trying to shoot or block the ball with the other.
But their physical condition isn’t the handicap that stops them from competing abroad. They are Gaza-bound as much as they are wheelchair-bound.

Abulhassan, himself bound to a wheelchair, stops the interview to answer a phone call, only to raise his hands shortly afterwards, shouting: “They succeeded.”

It turns out that nine of his players managed to pass the Beit Hanoun checkpoint. The Israelis have finally granted some Palestinian athletes passage to Jordan.

And as cheers and clapping sounded across the hall where they trained, Abulhassan notes that it is practically impossible for athletes and coaches to exit Gaza.

In May, Eid Shaqoura, the head of Albasma Club for the Disabled, was banned by the Israelis military from traveling to the U.S., where he intended to train.

Speaking with Newsweek Middle East, Shaqoura says he was attending a one-month athletics program in the U.S. from mid-May till mid-June.

According to the Israeli Coordination Office of Government for Activities in the [Palestinian] Territories’ (COGAT) spokesperson’s office, the Israelis allowed a group of Gaza residents to leave the strip in May, to participate in the West Asia Championship for wheelchair-bound basketballers in Jordan.
But Abulhassan revealed that the Israelis military prevented 14 other Palestinian players from traveling. The total number of players was supposed to be 23, including coaches and managers. Fadi Deeb was one of the 14 banned players.

Deeb, a 32-year-old computer engineer, has been a physically-disabled athlete since 2004. He managed to travel from Gaza through the Rafah Crossing to Egypt and from there to Tunisia in 2009, where he won a bronze medal in the shot put competition.

He also has three international silver medals in shot put, javelin and discus throwing, under his belt.
However, due to a decade-long, tight Israeli blockade on the Gaza Strip and Egypt’s shutting down of the Rafah Crossing, Deeb lost his chances of competing globally.

“The qualifying standard for the shot put was 9.80 meters. I recorded 10.65 meters. The standard for the javelin was 22 meters and I recorder 27.25 meters,” says Deeb, who was also barred by the Israelis from traveling to Morocco and the UAE this year, to compete with regional athletes. Internationally, he was forced to stay in Gaza in 2014, again by the Israeli authorities, thus missing on a chance to compete in a tournament in Korea.

“Even when I wanted to move to Ramallah [West Bank], they [Israelis] prevented me,” Deeb says, adding that the enforced ban on him is pushing him into a state of depression.

“Sometimes I feel that I exert effort for nothing. This makes me wonder why we train for hundreds of hours when our travel is restricted.”

In an emailed statement to Newsweek Middle East, COGAT spokesperson office blamed the Israeli General Security Service, or Shin Bet, for the enforced ban on Shaqoura, Deeb and other athletes.
“Their request [has] been approved by the Gaza Coordination and Liaison Administration but has been rejected following security reasons by the Israeli General Security Service (Shin Bet),” reads the email.
The strip connects to Egypt through the Rafah Crossing, which Egypt says it won’t reopen until Hamas hands control to the Palestinian Authority. The other exit is via Beit Hanoun checkpoint, also known as the Erez checkpoint, controlled by the Israelis. The Israeli security allow “human cases” only to cross the checkpoint and that has been the case since 2007.

U.S. visiting trainer, Jess Markt, 40, says Deeb is one of the most distinguished athletes that he has met in Gaza. He adds that Palestinian athletes would enhance their game if given the chance to travel and compete with other teams outside Gaza.

“If Gaza players have opportunities to travel, they would have good chances to get new skills from international teams,” Markt, who arrived in Gaza as part of three-week collaboration with the International Committee of the Red Cross, tells Newsweek Middle East. 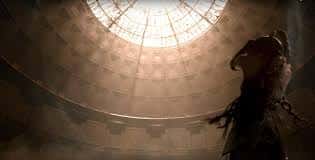 Read More
“We don’t give women their rights in the form of charity. Women’s rights are not at the discretion…
FFeatures 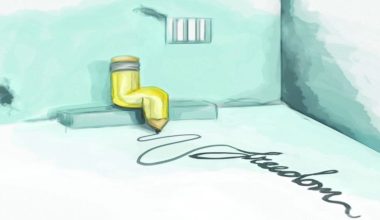