The Problem With Kuwait’s Higher Education

Twelve years ago, Kuwait took a decision to build a new public university known as the Sabah Al Salem University City, better known as Shadadiyah University, to cope with the rising number of students seeking higher education in Kuwait.

The ambitious project featured nine state-of-the-art facilities that were to be built on an allocated area of 6 million square meters.

However, since 2004 to date, the project barely saw any sunlight.

Recurrent fires, and other impediments have hindered the building of the new government-sponsored university, and the project has not been completed to date.

STATUS QUO
Prior to 2004, the country had one public university only, the University of Kuwait, which continues to accommodate Kuwaiti nationals and residents.

The University of Kuwait was established in 1966, and since then, it has been attempting to cope with the rising number of higher education seekers in the country.

At the moment, it serves 37,000 students, who can barely find space or classes to accommodate them, and many cannot attend all the classes necessary for their major because of overcrowding.

As a result, students may find their graduation prolonged in comparison to those studying the same major elsewhere.

Commenting on this issue, a spokesperson for the Ministry of Higher Education in Kuwait tells Newsweek Middle East that “the main challenges facing higher education is that the number of those graduating from high schools are much more than what the University of Kuwait can take in.”

As a solution, the spokesperson says the government provides full tuition for up to 6,000 Kuwaiti students annually to pursue their education abroad, “while the number of students studying inside Kuwait at one of the private universities at the expense of the government reaches up to 4,000 each year.”

According to the spokesperson, the current alternative to the University of Kuwait is the Public Authority for Applied Education and Training (PAAET), which is a government-related entity that provides scholars with bachelor degrees and diplomas.

“Those who cannot find a place at the University of Kuwait have the option to join PAAET,” adds the spokesperson.

But that, too, has its perks, as PAAET only offers limited majors. And even with limited programs offered, the current number of students attending, which stands at 60,000, remains much higher than what the facility can accommodate.

Still, those universities fall short in providing all majors, as they mainly concentrate on non-scientific majors.
Education is thus an issue in Kuwait, and is considered a thorn in the side especially given its status as a major oil-producing country that enjoys significant spending in other areas of the national budget, yet is unable to provide for an outstanding education infrastructure.

The majority of the current budget allocated towards public education, whether nurseries, schools, PAAET or the University of Kuwait, goes towards payment of salaries rather than enhancing the schools and building new education facilities.

Thus, the sole option that Kuwaiti students are left with is to study abroad.

According to an official study which Newsweek Middle East acquired, the number of Kuwaiti nationals studying outside Kuwait exceeds 33,000.

And not all of them study at the expense of the government, as many pay from their own pocket to pursue their higher education abroad.

MIGRATING STUDENTS
At present, there are 12,000 Kuwaiti students pursuing their higher education in the United States; 8,500 in Egypt and approximately 6,000 in Jordan, as per the cultural attaché at the Kuwaiti embassy in the Hashemite Kingdom.

But traveling abroad to pursue a higher diploma is not only due to a lack of majors, classes and space back home in Kuwait.

Oddly enough, it costs most Kuwaiti students much less to study in a foreign or Arab country than to study in Kuwait.

According to an investigation carried out by Newsweek Middle East, the price tag for studying certain majors in Kuwait can be as much as double the price of studying the same major abroad.

NO SEATS LEFT?
Another reason for studying abroad lies in the fact that the private universities in Kuwait do not offer higher education classes for a masters’ degree and PhD, while the University of Kuwait has a limited number of seats for those wishing to pursue any of those degrees.

One private university used to offer such higher diplomas, but it faced problems and had to shut down in the past, according to sources.

But even studying abroad was filled with hardships for Kuwaiti students at one point.

MAJOR FAIL
Due to the fact that there is no proper guidance in the country for students to study majors that the country actually needs, and given a shortage of graduates in certain fields, many Kuwaitis opt for majors such as law, and the market becomes flooded with them, which only makes it hard for them to find jobs due to oversaturation.

Because of this, Kuwait’s Higher Education Board issued a decision limiting the number of students wishing to study a certain major abroad to 50, in each major.

Under such a decision, Kuwait stopped endorsing students wishing to study law in Egypt. However, the students took their complaints to the judiciary, which issued a decision to annul the law and allowed those students to pursue their legal studies in Egypt.

Regardless of the law, students continue to struggle to find a place to study in Kuwait, and leaving their families or discontinuing their jobs to pursue a higher degree abroad is not a solution for the average Kuwaiti.

WHAT TO DO?
At the moment, the budget allocated for those wishing to study abroad “remains less than what is needed. But alternatives must be made available,” the ministry’s spokesperson says.

“Perhaps, allocating a budget to build new public universities in Kuwait can be one solution,” he adds. 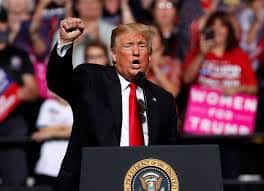 Read More
“O Captain! My Captain!” is an extended metaphor poem written in 1865 by Walt Whitman about the death…
FFeatures

Read More
It seems that for every generation, schooling can be defined in its own unique way. Where the chalkboard…