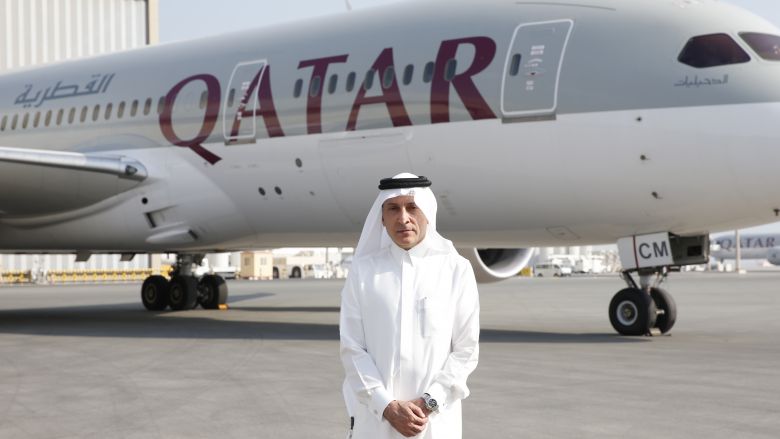 Time is in short order when you are pushing your country’s national carrier forward in a fiercely competitive, global industry, as well as spearheading the building of the world’s “most unique airport,” while trying to find new ways to serve your passengers.

There’s never a dull moment in the fast-paced discussions with Baker, who is hands on when it comes to the development of the multi-billion HIA.

The dynamic airline chief’s frankness in his appraisal of the aviation industry covered a range of controversies, from new expansions, acquisitions, his friendship with controversial U.S. presidential hopeful, Donald Trump, to his take on what he believes is the greed of Western airliners at the expense of their own customers.

Baker prefaced the conversation by outlining his approach towards HIA, the crown jewel of Doha  and which is under expansion.

“We are building an airport for passengers so that all their requirements, all their wishes, [and] all that they want in an airport is available,” Baker says with a confidence acquired over two decades in the industry.

HIA, which opened its first phase in May 2014, has state of the art facilities and is expected to boast a park-like garden inside the airport. The final phase “is already designed and should be tendered soon,” says Baker.

He further challenges that there is no other airport with such facilities elsewhere in the world.

“When you are talking about any other airport, including Dubai, show me where there are facilities for families, nurseries, play areas for kids. We don’t accept anyone sleeping in corridors, [so] we have sleeping areas for economy class passengers. A lot of passengers don’t know we have sleeping areas. One of the areas can accommodate for 100 people to sleep and we have several of them around the airport,” says Baker.

He adds: “When you go to the toilet, you have a bag, you needn’t take it inside the toilet with you. You have a locker where you can just leave your bag. When you look at the material used, it’s of the highest quality, so we did not miss anything.”

But perhaps the best part about the airport, according to Baker and others whom Newsweek Middle East spoke with, is its spa and gym. Passengers, from any flying class and from various destinations, can pay a small fee and use the airport’s spa and gym as well as the swimming pool.
Financing expansions

None of this comes cheap. The airport, and Qatar Airways’ order book—the airline receives a new plane every 10 to 12 days from a previously-ordered log—as well as the maintenance of its fleet and facilities come at a hefty price. But Baker says everything is either self-financed from its revenues or receives financing from banks.

He adds that the carrier does not plan to issue any sukuk (Islamic bonds), or conventional bonds and that there “will be no privatizing now.” He is open, however, to a future initial public offering (IPO).

“Perhaps an IPO after 10 years [addressing] both regional and international markets because we are a very big international carrier. We own 10 percent of [British Airways owner International Airlines Group] IAG,” Baker explains.

He further revealed that there will be more acquisitions down the line, in several regions.

“We are looking for new acquisitions now. Both in Europe and eastwards, and you will hear about two acquisitions soon. We were looking at Royal Air Maroc and there will be another big one,” he says.

Speaking of finances, Baker, whose company is due to conclude its fiscal year in a month from now—as Qatar Airways’ fiscal year runs from April till March—also forecasts higher profitability this year compared with its $103 million net profit for 2014-2015.

The Qatar Airways chief rejects the idea that the airliner receives fuel subsidies from the government. “We are actually one of the highest fuel paying businesses in Doha. We don’t get any support [from the government]. We buy our fuel.”

However, despite the latest drop in oil prices, which crossed the $30 a barrel threshold last month before bouncing back to $30 levels, Qatar Airways has no plans on reducing its fares.

“When my margins were eroded [by higher fuel prices] I did not raise my fares. When the fuel price went up to $150 we did not increase our prices. Actually there was a fuel surcharge that we used to charge as part of the ticket and we erased that,” Baker explains, as he answers a phone call, again, before noting that his phone’s battery is low.

Interesting enough, Baker, like several officials in the Gulf, still use the much older Nokia phone, which is known for its high enduring battery and few features which do not take away from the battery’s life span.

Meanwhile, Baker says that western airliners have lost focus when it comes to servicing their customers and meeting anticipated requirements.

“They only want to go to places where they can charge the passengers like hell. You see, it is like a business. For example, you have 20 shops that sell clothes and out of the 20 only six are making tons of money, while the rest of the 14 are either breaking even or losing, but these six are making the whole 20 profitable, that is how an airliner works. But the Americans and Europeans, they want every single point of sale to make money and that is not possible,” Baker vehemently charges.

Qatar Airways, on the other hand, has six daily flights to London and four flights a day to Katmandu, cites Baker, for a reason. He adds: “My Katmandu route is losing, so of course I should stop. But as soon as I stop Katmandu, my London flights will start losing because they are contributing to the Katmandu route. Between the two, we are making money, so there is a network contribution.”

Baker further questions the real reasons behind the consolidation among American carriers.

“They did it to remove capacity so that they can keep fares high,” he speculates, citing the Philadelphia to Washington train accident as proof. The tracks were closed for three days, says Baker, and for those days, Delta Airlines and others colluded to increase the fares.

“Now they are under investigation for collusion. We don’t work like this. We look at the whole… even if I am losing from my airline but am making money from my other businesses which are covering for my airline losses, I will still operate the airline. But the Americans will not do this. They will just shut down the airline,” he explains.

Baker also took on the second country in North America, which seems to be giving Arab Gulf airliners a hard time, accusing it of practicing “a strong protectionist policy” to protect its national carrier Air Canada, against the best interest of passengers.

“There is no point of negotiations because they won’t do it,” says Baker of the possibility of Qatar Airways receiving more landing rights in Canada in the future. The Canadian government “is protecting Air Canada and it is [only] healthy for Air Canada; but it is not healthy for their economy or the traveling public,” Baker says.
Due to restrictions related to landing rights, many passengers in Canada who wish to take a direct flight (to destinations where Air Canada doesn’t fly directly) would go to U.S. travel points to connect with Qatar Airways or other airliners.

“The day we inaugurated our flight to Montreal, I wanted to come back the next day [to Doha]. I didn’t have a flight, so I had two alternatives: one was to fly in this hopeless airline Air Canada all the way to London, then catch a flight from London to Doha. Or, I go to Washington, or New York, which are close, and catch Qatar Airways directly from there. So I took a regional jet flight, and nearly 95 percent of the people on that plane, like me, went to the transfer area in the U.S., which means that there is demand but no supply,” says Baker.

According to numbers provided by Baker, Qatar Airways’ load factor out of Montreal is 90 percent constant, which means the airliner is rejecting passengers while the Canadians refuse to grant the Qataris further landing rights.

“It is not good [for their services] because they are stifling competition, which means you are not giving the right service to the passengers, which also means whether you like it or not, they still have to travel with them,” he explains.

Trump is Naive
Away from the aviation sector, Baker has also stirred sentiments in region when he referred to Trump as his friend. Trump, whose derogatory comments have targeted Hispanics and Muslims, has faced scrutiny from inside the U.S. as well as internationally. Some businesses in the Middle East even stopped working with him and pulled his trademark from the market.

“I said that maybe he doesn’t mean it and that he was trying to get political mileage out of this,” Baker explains defending his position.

“I also said that he is naive and that he is making a big mistake because he has investments in Muslim countries. So, I was diplomatic, but in-between the lines you know when you say to a politician that he is naive, it means he is incapable of being a president because you cannot be naive and be the president of a super power. I don’t have to say that he is stupid. But when I say naive it is a different word for stupid, right?” he asks with a smile.

According to Baker, Trump, who is still his friend, is wearing different masks during the elections. “He sent me a note. A very nice note he wrote himself, not typed. He appreciated that I said that he was still my friend.”

He further elaborated that Trump for sure knew baker called him naive, because “if he didn’t know, he would be a bigger stupid because as a politician he should be briefed of every comment that is made against him.”

Will Iran Threaten the Middle Eastern Aviation Sector?
With the recent lifting of sanctions, Iran directly moved to order 114 new carriers to expand and enhance its outdated fleet.
But Baker sees no threat from having Iran, the new kid on the block, entering the aviation market.

His reasoning is that the Iranian market “is heavily underserved,” and it needs 300 airplanes to serve it, not 114. That, in addition to the fact that it will be quite sometime before international airplane manufacturers can build and deliver the planes.

“An airplane is not an apple tree… so it is not going to happen overnight,” says Baker.

Meanwhile, even during the sanctions, Qatar Airways had served, and continues to serve the Iranian market.

Aside from Iran, Baker says his carrier will be flying to Chiang Mai in Thailand in the second half of this year as part of rapidly increasing new routes.

On another note, Qatar Airways, which has recently signed a Platinum Sponsorship with German giant football team FC Bayern Munich, is still the sponsor of leading Spanish team FC Barcelona.

With some speculating that the airliner might not be renewing its sponsorship contract with the Catalonian team, which expires this June, Baker plays down the odds.

“We still have time, and we are still negotiating the process,” he says, adding that he is only a fan of Qatar Airways.

Though Baker doesn’t practice sports himself, he keeps fit by “walking around a lot,” and taking the stairs at work and elsewhere rather than using elevators. 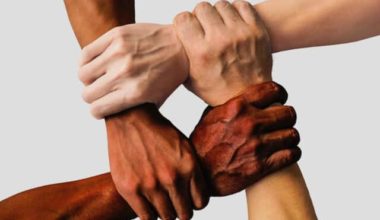 Read More
Mohammed, a Lebanese man in his thirties, spends his days worrying about how he will repay the loans…
OOn the Cover 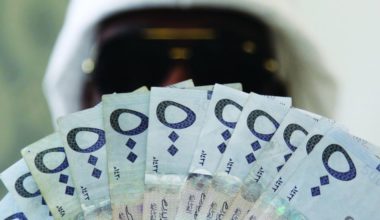 Read More
“The wake-up call has arrived. The politics of waste must end,” Khaled Al Maeena says in his 27th…