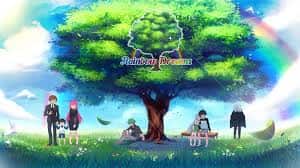 I was still at school when France’s so-called “Rainbow Team”—a collection of black, white and Arab footballers—won the World Cup in 1998. It was a time of immense optimism and hope for those of us living on the same kind of suburban estates that many of the players came from.

We had a chance to dream of bettering ourselves, no matter what our background. It seemed that the reactionary, racist France of the colonial era was changing, and that we could all share in the glory personified by legends like Zinedine Zidane, whose father emigrated from Algeria just before his country’s War of Independence.

How disappointing, then, to see one of the best French-Algerian players of the current era discarded by France for this summer’s European Championship on what appears to be political grounds. Karim Benzema may be scoring excellent goals for Real Madrid (where Zidane is now his manager), but his alleged involvement in a low-rent blackmail plot against fellow international Mathieu Valbuena has seen him ruled out of UEFA Euro 2016.

The ins and outs of Benzema’s case may eventually be discussed in court, but at the moment they are no more than accusations. But this did not stop France’s Prime Minister Manuel Valls calling for Benzema’s exclusion from the national team as early as December. “A great sportsman should be exemplary… If he isn’t he has no place on the French team,” said Valls. Setting an absurd standard for a young man who has never claimed to be anything except for an excellent footballer, the politician added: “If he were a minister, he’d no longer be in the government.”

Compare this with the Michel Platini affair. Benzema’s allegations are certainly far less serious than the FIFA financial corruption enquiry that has already found Platini, another France legend, guilty of ethics violations, and barred from all football-related activity for six years, pending an imminent verdict on his appeal.

Yet when Platini was first implicated in the scandal, Valls absolved him of all criticism immediately, stating that France was “fortunate in having Michel Platini, who was a great sportsman and is now a great leader at the head of UEFA. I have complete confidence in him.” As the sleaze allegations aimed at Platini piled up, the ludicrously biased Valls refused to backtrack. No such leniency for Benzema. It was clear that a Frenchman from an Arab Muslim background was being held to a wholly different standard.

A perennial debate among France football supporters is whether Platini or Zizou is the greatest Bleu of all time. As Valls illustrates, the argument is not just a sporting or generational one, but also a socio-political one.

Many champion Platini without question because he is an old-fashioned Frenchman from a Catholic family of Italian heritage. Zidane’s parents, in contrast, are Algerian Muslims who settled in Marseille as recently as the 1950s. The midfield genius represents a far newer class of French people from an immigrant background—one with a long way to go as it attempts to overcome discrimination in all walks of life.

Double standards also appeared to come into play when Samir Nasri—another French-Algerian currently performing impressively for Manchester City—was forced to ‘retire’ from the French national team in 2014, aged just 27. Like Benzema, he was effectively accused of poisoning team relations through his “juvenile behavior.” Wiser—and more tolerant—arbitrators would have sorted such nonsense out with a quiet word.

The France manager who excluded both Benzema and Nasri from playing for their country is Didier Deschamps, who happens to be involved in corruption claims of his own. They relate to his time in charge at Marseille, where a judge has asked for his financial dealings to be scrutinized.

If the enquiry goes against him, Deschamps can expect sanctions, but he is currently carrying on with his coaching as if nothing had happened. It is the same with the last president of France, Nicolas Sarkozy. He has actually been charged over his financially dubious 2012 election campaign, and faces a string of other criminal investigations, but none of this is stopping him from trying to become head of state again next year.

Both the conservative Sarkozy and Valls, a socialist, are, like most members of the French political establishment, notoriously divisive and hypocritical figures. The French Left and Right have at least one thing in common: They regularly stigmatize Arab Muslims, just as they also vilify disadvantaged communities from immigrant sink-estates.

For many, soccer has been viewed as one of the few escape routes from these so-called banlieues. Now that France is even finding young sports stars guilty without trial, while arrogantly shrugging its shoulders at corruption among the moneyed elite that govern their lives, memories of ‘98, and of everything those recollections represented, grow more distant by the day. 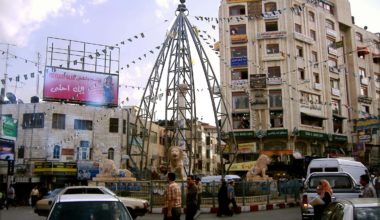 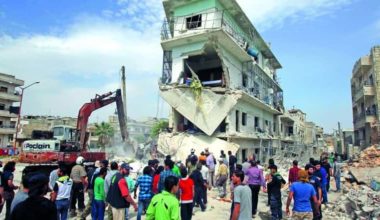 Read More
After five years of continuously worsening conflict in Syria, the chances of any decisive outcome are bleak at…