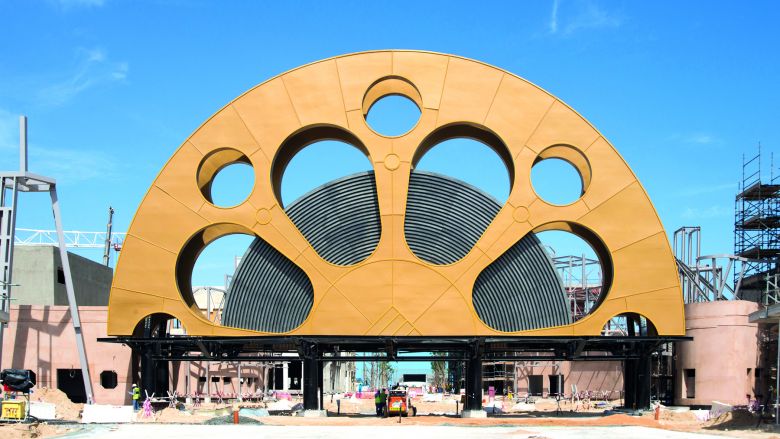 Enhancing the entertainment landscape of Dubai is no mean feat, but Dubai Parks and Resorts (DPR) aims to win the challenge with a new project that aims to attract up to 7 million people in 2017.

With all its past mind-blowing projects—including the Palm Island, World Islands and Burj Khalifa, the world’s tallest tower—many had thought that Dubai’s expansion prior to Expo2020 would be the same old routine of building mega malls and hotels. However, DPR’s plans have already moved to the next level: focusing on family entertainment.

Touring the 25 million-square foot DPR site outside Jebel Ali, it is clear that the emirate wastes no time. Nearly 70 percent of the construction work has been completed to date and with everything looking under control, we get a clear indication that the October 2016 deadline may not be impossible to meet after all. An overhead bridge for entry into the site from Sheikh Zayed Road is more than two thirds complete; and most of the internal roads are already constructed with traffic lights installed and covered to protect them from external elements.

But those expecting the usual skyscrapers may have a rendezvous with another surprise. Most of the project’s buildings appear to be at ground level.

Overseeing the tourism sector in Dubai is Issam Kazim, the chief executive officer of Dubai Corporation for Tourism and Commerce Marketing (DCTCM). The huge undertaking of this venture is amplified when he explains that “it is projected to attract 6.7 million visits in its first full year of operation in 2017.”

He adds that the new multi-scale project promises to reintroduce novelty to this region, further cementing Dubai’s position as a tourism hub.

“The expected increase in visitors generated by these attractions is helping to drive development within Dubai’s tourism sector as a whole, across both private and public sectors. All of the developments will ultimately help us realize Dubai’s Tourism Vision for 2020, which aims to welcome 20 million visitors per year by 2020,” he says.

While sun and sand, coupled with the reputation as an oasis of tranquility, and it’s a safe haven in a wider region filled with chaos, have been the city’s main forces of attraction for tourists from across the globe, Kazim believes the emirate has more to offer, especially in terms of family tourism.

The young CEO proudly assures that Dubai’s experience-led agendas for visitors “set the city apart as they cannot be easily replicated elsewhere.”

With the sun blazing overhead and this being only the beginning of summer in the region, one wonders how DPR will cope with heat waves and sand storms, but DPR officials say they are well prepared for the more extreme weather conditions of this region.

Speaking to Newsweek Middle East from the confines of his air-conditioned office, Vinit Shah, the chief destination officer of DPR says there “will be an indoor queuing process to deal with the heat. We expect fewer guests during the summer season, but the pathways are aligned in such a way that there are coolers placed alongside them. All enclosed areas are air conditioned.”

When asked what his expected electricity bill would be in light of the round the clock cooling that is needed to keep the sweat at bay, and the operating of the electronic attractions, Shah evades the question by saying that day-to-day running costs “were taken into account as part of feasibility.”

During the interview, one cannot help but notice the theme park’s scale model, which takes up most of the space in the interview room. But what attracts the eye is a maquette of the Polynesian-themed, 500 room hotel, La Pita.

The hotel will be operated under the Marriott banner and is designed to be family-friendly.

“Dubai has always wanted to position itself as a family destination and projects like this will support the claim,” says Shah.

And although many often believe that health and safety is not as much of an issue in this part of the world as it is in Europe, Shah is quick to say that safety is paramount.

“The rides are being manufactured internationally but meeting local regulations. Furthermore, Technischer Überwachungsverein (TUV), the global safety record company will certify all the rides once at the factory and again when they get here,” he adds.

As with all new projects in Dubai, infrastructure and transport are the foremost questions.

According to DPR, there is an ongoing discussion with the Road and Transport Authority for a new metro station by the project, however, the plans coming to fruition will take time.

But DPR has already taken measures to ensure that a rubberized tram system with multiple stops will be freely available to all those who enter the parks.

With well-known Hollywood entities such as Lionsgate and Dreamworks Animation on board for Motiongate Dubai, DPR also unveiled its Bollywood-themed park to the media.

The fact that Indian movies are regularly dubbed into Arabic, and the presence of a large Indian community in this region, both bode well for the regional appeal of this particular park.

And just as the focus at Motiongate Dubai will be on rides based on Hollywood hit films such as The Hunger Games, Shrek and Kung Fu Panda, the attraction in Bollywood Dubai will present Broadway-style musicals as well as the opportunity for visitors to hunt the villains, in a re-enactment of the iconic film Sholay.

On site, we were introduced to the 850 seat Raj Mahal theater where we inspected models of the Bollywood Park’s various sections—namely, Bollywood Boulevard, Rustic Ravine, Mumbai Chowk, Royal Plaza and Bollywood Film Studios. Even famous movies get to have their own themed restaurants, with one named ‘Rock On!’ after a hit film.

It also seems that the four parks will not be enough for this novelty construction. Meraas, the company developing the project, seems to be planning another expansion after the launch in October. Meraas has started work on an outlet French-themed village in close proximity to the project.

Business is Business
And it will be business as usual, with the availability of movie merchandise ensuring that the avid Indian film fans will return home wide-eyed and enraptured.

But that is not the end of the story. The publicity generated by DPR over the last two months, means there has been a buzz amongst those looking for jobs in the hospitality, catering and service industries. Up to 1,000 jobs for locals are at grabs, while a careers registration website has been set up to attract talents.

In further explanation of the importance of training and hiring local talent, Muna Harib, DPR’s director of Branding and Communication, says it is part of the drive to offer graduates an exciting scholarship program.

“The first batch has already returned from their six-month Theme Park Management training course at the University of Central Florida in Orlando.

Within the next few months, 40 more Emiratis will have taken part. We have already hired 500 UAE Nationals and by the opening in October, we will have 1000 Emiratis on board.”

The Cost
International, regional and local visitors will get to experience the best of both the East and West in this new fun attraction, which may as well rival similar projects run by Disney in the United States, or in Europe, or even theme parks in Japan. But how much will it cost the visitor?

According to DPR the price varies between family packages, a day’s pass and a season’s pass. A day’s ticket per park will start at Dhs750 ($204), while a seasonal pass may reach as much as Dhs7,000, a price that low-income visitors may not be able to afford. But there remains hope as further packages are to be announced closer to the opening deadline. 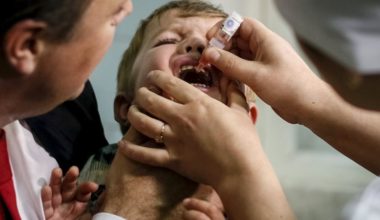 Read More
Prior to the current conflict in Syria, immunization rates in the country were among the highest in the…
DDowntime 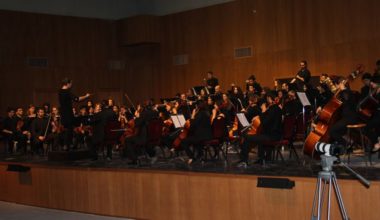 Read More
NEAR THE OCCUPIED PALESTINIAN town of Ramallah, the Naseeb Shaheen Auditorium in Birzeit University was bustling with life…