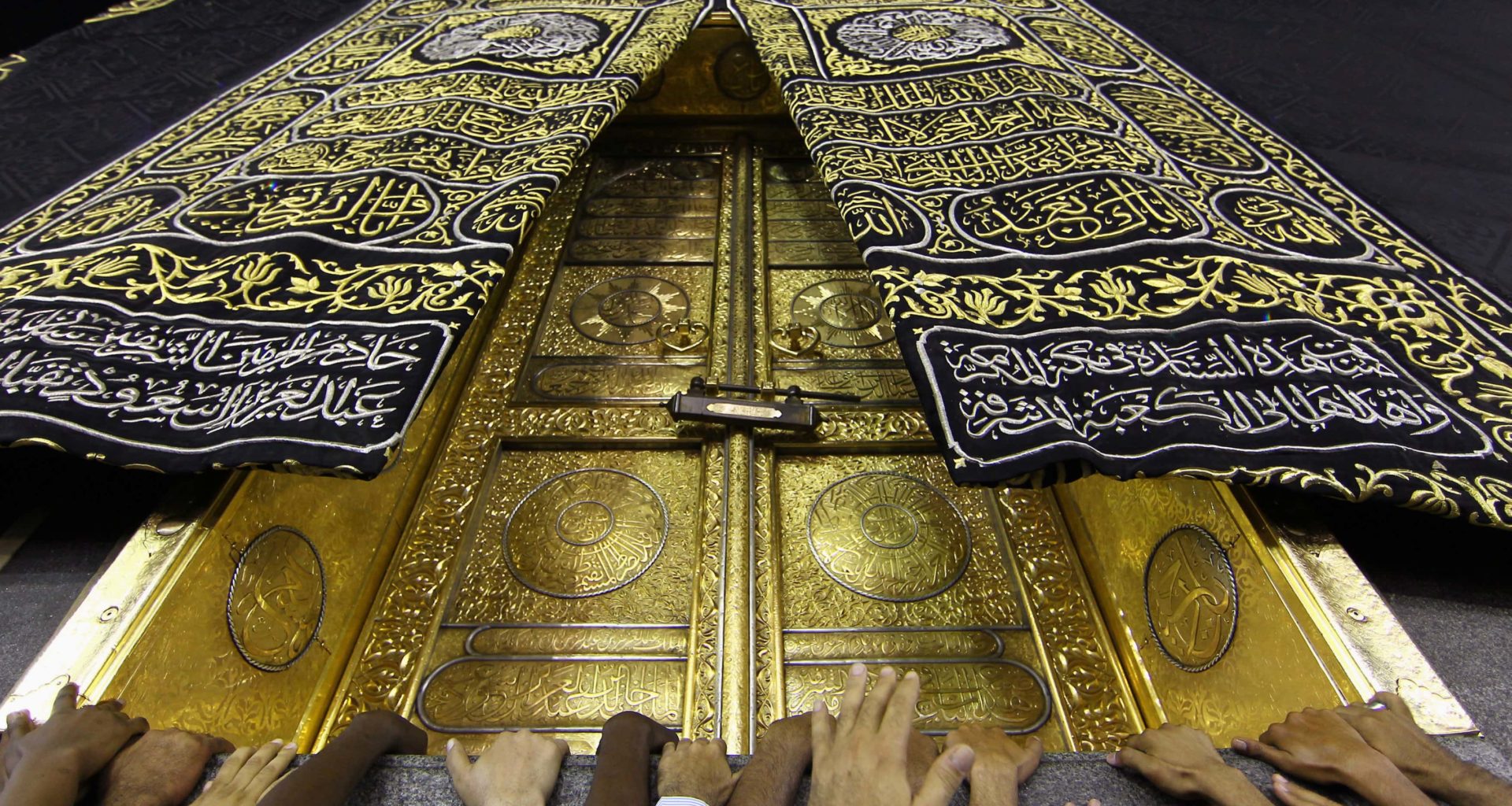 UNITED COLORS OF ISLAM: Muslim worshippers stretch their hands to touch the door of Kaaba, Islam’s holiest site in Makkah, Saudi Arabia. It was rebuilt by Prophet Mohammed(PBUH) after elements of nature eroded its foundation.

PRAYING FOR PEACE: A Palestinian girl prays in front of the Dome of the Rock in Jerusalem’s Old City. The structure is adjacent to Al Aqsa Mosque, which both Jews and Muslims believe was built by Prophet Abraham. For Muslims, it is the second holiest site after the Kaaba, in Makkah, Saudi Arabia.

LIGHT THE WAY: People buying Ramadan lanterns known as fanoos in old Cairo. This tradition, is believed to have originated more than 1,000 years ago, when Cairenes would accompany their Caliph along his journey across the city to the Mokattam Mountain for Ramadan’s moon sighting. Along the route, kids would joyfully hold the fanoos and sing, welcoming Ramadan.

PAPA DO PREACH: A Muslim cleric, leads the afternoon prayers during Ramadan at a mosque
in Mumbai. Many Muslims devote extra hours to prayers and detach themselves from worldly desires
during the holy month of Ramadan.

SIDE BY SIDE: Men attend an evening mass prayer session, held especially in Ramadan and known as “tarawih” at a mosque in Rawalpindi, Pakistan.

THE HUNGER GAMES: People play a folk game called Al Siniya, an Arabic word for tray, in Kirkuk, Iraq. Men of the city gather together after the iftar meal and partake in this hours-long game. Participants must fi nd a dice concealed under one of several overturned copper cups on a tray.

READY, SET, IFTAR! Palestinians test a cannon in Rafah, south of Gaza. Historically, the cannon was used to notify observers that it was time to break the fast, as there were no loudspeakers at the time. While the cannon no longer serves its original purpose, the tradition is kept as a symbolic gesture across the Arab World.

WORK HARD, PRAY HARD: Muslims eat their iftar (breaking fast) meal at a factory in the old quarters of Delhi, India. Individuals observing the fast in non-Muslim countries often have to work long hours, as opposed to those in Muslim countries who are often granted shorter working hours during Ramadan.

FOOD FOR ALL: Charity workers distribute food to the public in Sanaa, Yemen. The country faces food shortages because of an ongoing war.

SIZZLING: Burek, a traditional bosnian pastry eaten across the Balkans. The dish originated from
the Ottoman Empire.

EAT, PRAY, LOVE: Volunteers throughout Pakistan distribute free food during Ramadan, to celebrate the spirit of giving. Volunteers often stand near traffic signals to provide water and snacks to those who are stuck in traffic at sunset and are unable to break their fast.

WHEN A STRANGER CALLS: A musaharati, or dawn awakener, in Sidon’s Old City, South Lebanon, beats his drum to awaken observant Muslims for their last meal or suhoor at dawn, prior to the
day’s first light when the fast starts during Ramadan. The tradition is followed across the Arab world and South Asia.

FAITHFUL: Indonesian Muslims offer special night prayers or Tarawih, at Istiqlal mosque in Jakarta, Indonesia. Ramadan is a time for family bonding, prayers and giving back to the community.

IS IT TIME YET? Muslims in Norway, who have to fast for an agonizing 19.5 hours a day, queue outside
an Islamic center for prayers and breaking their fast in Oslo. The wait is long, however, it remains shorter than Denmark where Muslims are observing the longest fast in the world this year at 21 hours.

NO STRINGS ATTACHED: Indians hang strands of vermicelli to dry at a factory in Allahabad.
Sevaiyaan is a sweet dish considered a Ramadan staple in India, Pakistan and Bangladesh. It can be
consumed either as a pre-dawn meal with sweetened milk or as a dessert with nuts.

FORBIDDEN FRUITS: A fruit vendor awaits customers in his stall ahead of Ramadan in Old
Damascus, Syria. Muslims who observe the fast are not allowed to drink or eat anything from
dawn till dusk.

WHAT’S COOKING? A Syrian boy works with his family at a bakery, cooking traditional bread with minced meat on the first day of Ramadan at the Harran refugee camp in Sanliurfa, Turkey.

BREAD AND BUTTER: A baker prepares dough for bread ahead of Ramadan in Peshawar, Pakistan. The traditional bread known as naan is baked in deep clay pits. Bakers, who often fast themselves, work in the heat to prepare fresh bread during the last few hours of the fast —a time most popular for people to purchase piping hot bread just before breaking the fast.

HOT ROLLS: A man arranges bread on the first day of Ramadan in Tunis. Tunisia has launched a campaign against wasting food, which the Tunisian consumer institute estimates one third of food goes to waste during Ramadan.

IN THE NAME OF ALLAH: Muslims break their fast at Sultanahmet Square in Istanbul, Turkey. The
Turkish Ramadan ritual of Mahya is seen in the background. Mahya is a lighted banner hung between two minarets of a mosque that welcomes Ramadan. Tents are also put up across Turkey to serve free food.

SPIRIT OF LOVE A Muslim woman touches a wooden wall as she prays at the shrine of Sheikh Abdul Qadir Jeelani, a Sufi saint, during the holy fasting month of Ramadan in Srinagar. 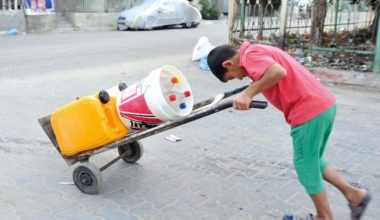 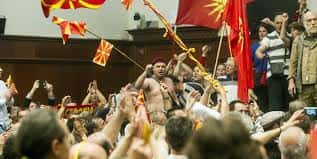 Read More
For Ayla Agit, the deal signed in March between Europe and Turkey to stem the flow of migrants…