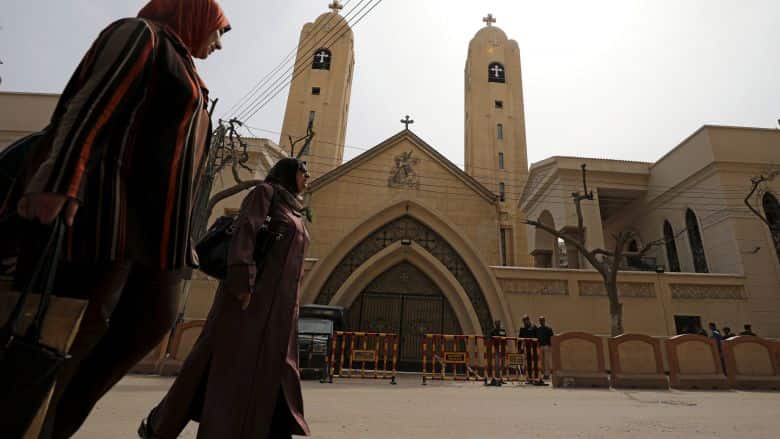 At the Root of Daesh in Egypt

“Two years ago, attacks were concentrated in Sheikh Zuweid and Rafah. Now, they also happen in Al Arish,” notes Ashraf Al Sharif, specialist of terrorist movements in Egypt, underlining the geographical progression of the group towards the west of the country.

This area, (Al Arish, Sheikh Zuweid, Rafah), called “the triangle” by specialists is the most volatile of Egypt. Bordered by the Gaza Strip and Israel with the most dense Bedouin quarter in all of the country, “it is the center of underground smuggling tunnels, a black economy worth billions of dollars and the route of weapons to Gaza which stopped in 2013,” says Mohannad Sabry, author of Sinai: Egypt’s Linchpin, Gaza’s Lifeline, Israel’s Nightmare.

According to Sabry: “After 2011, this region, which is the most lawless, became the base of Ansar Bayt Al Maqdis, which pledged allegiance to Daesh in 2014 and became named Wilayat Sinai.”

This area has a long history. Historically the Bedouin population were depicted as corrupt and isolated in the desert, with a slim notion of being part of the motherland, Egypt, with many accused of growing opium among other shady businesses, including smuggling moonshine products as easily as terrorists.

However, today these are the Bedouin tribes themselves that are on the frontline to combat the terrorist group. Earlier in May, following a declaration of war against the Daesh-affiliated group by the prominent Al Tarbiyeen tribe, the second largest tribe Al Sawarka issued a similar declaration.

The two tribes assert that “national and religious duty obliges tribes to also work to combat the group.” They announced they will be in direct military confrontation with Wilayat Sinai and will form a common command between the tribes and the armed forces to coordinate operations.

But to understand how Daesh group managed such an overhang, we need to get back to early 2000’s. It’s actually after a series of terror attacks, between 2003 and 2005 in Taba, Dahab and Sharm El Sheikh in the south of the peninsula, that Egyptian authorities admitted for the first time that there were a presence of jihadist elements on the territory.

“At that time, the responsibility was put on Al Qaeda because some of those responsible for these attacks were Palestinians,” explains Ashraf Al Sharif, a lecturer on political sciences at the American University of Cairo.

“There are strong links between people from Sinai and Gaza: it’s social, tribal, cultural. Gazaoui people and especially Salafist jihadists managed to have a big influence on them… It was easier for the government to blame an international organization rather than admitting a local insurrection was born,” he reckons.

These operations were in fact perpetrated by a new local radical Islamist organization called Tahid Al Jihad, established by Egyptians coming from the Delta, Cairo and Alexandria, who wanted to denounce the oppression of Mubarak regime and the lack of interest for the area.

“The government reacted the wrong way and gave a political response to it, launching a wide campaign of arrests and imprisonments, including people who had nothing to do with it, complete innocents and relatives of so-called suspects. It created a lot of hate and anger from the local population and has led to the recruitment of more militants,” says Al Sharif.

Today, Tahid Al Jihad has disappeared, but since 2007, new generations, of highly radicalized militants, recruited through famous extremist figures as Mohamed Hassan, have recreated jihadist entities to mimic the actions of the original group.

A shape-shifting insurrection got a new lease of life at the dawn of 2011, and more strongly after the deposing of the democratically elected Islamist president Mohamed Morsi, until all these disparate pockets ended up unifying under the Daesh banner in 2014 “when it was at its peak, strong and powerful,” explains Al Sharif.

If the will of creating an Islamic caliphate is becoming concrete today, the militants originally gathered for a common fight against Egyptian authorities and their ill-treatment of the population in north-Sinai.

While the south of the Sinai peninsula was already proud to be “the gem of Mubarak,” enjoying massive development programs to transform the area into a touristic attraction in the early 90’s, the north has been abandoned and stigmatized, spreading amongst its population the feeling of being ostracized. This    exclusion felt even more greatly these last years as Egypt has “committed to fighting terrorism,” using it as a credibility tool on the international stage.

In Egypt, Daesh Spreads Out of Sinai and Targets Minorities 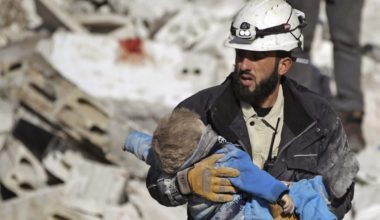 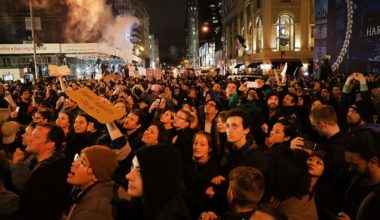 Read More
CHICAGO/NEW YORK, Nov 10 – Demonstrators marched in cities across the United States on Wednesday to protest against…