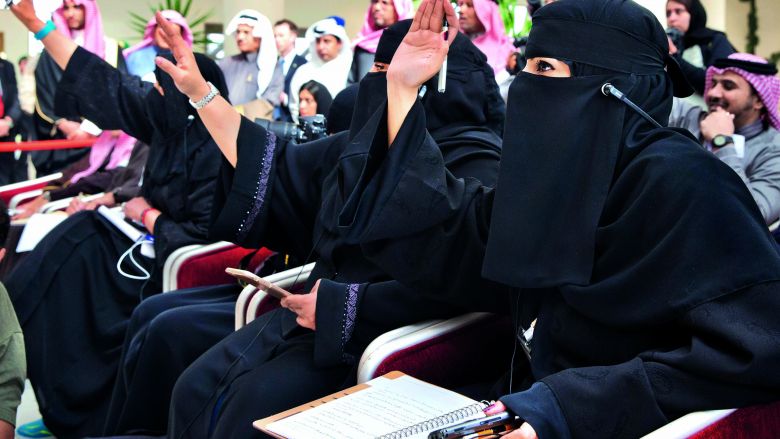 Saudi Arabia: Quietly Does It

Media coverage of Saudi Arabia over the past year has largely focused on its new, more assertive foreign policy, as demonstrated by its military campaign in Yemen. More recently, a blueprint for economic reform known as “Vision 2030” aimed at reducing the country’s dependence on oil has attracted the attention of economists and energy analysts around the world. However, Saudi Arabia is also in the midst of another important—but often overlooked— “transformation.” The kingdom’s political culture has undergone a gradual but significant change since the early 1990s, the results of which are clearly manifesting themselves in a myriad of ways today. Saudi Arabia’s new, young leadership and the advent of new media have accelerated this change. This shift bodes well for the future of the country and for its relations with other nations, especially in the West. I recently spent two weeks in Saudi Arabia, mostly in the capital, Riyadh and the commercial center, Jeddah.

My research for an upcoming report about Saudi Arabia’s reforms to its religious and educational institutions included interviews with senior officials at several ministries, including foreign affairs, education and justice. I also had a chance to speak with Saudi businessmen, writers, students and a delegation from the consultative Shura Council that visited Washington last month.

The most revealing discussions however, were with officials at the government’s Human Rights Commission and the government-supported, but privately-administered, King Abdulaziz Center for National Dialogue. The two little known institutions have made a concerted effort to make Saudi political culture more accepting of the country’s political, sectarian and regional diversity. The importance of protecting human rights of citizens and non-citizens alike and of embracing open dialogue with those with whom we differ, are no longer alien concepts to the Saudi political landscape. One official argued that treating human beings with dignity and compassion was “the essence of Islam.”

The country that is often characterized as an “absolute monarchy” is becoming more open, more participatory and more accepting of its political, sectarian and regional diversity. In other words, Saudi Arabia shares more than just common interests with its Western allies like the United States; it shares some of their values. This transition has also entailed a recalibration of the social contract between the Saudi state and its citizens. Saudis are speaking—and behaving—more like stakeholders who want a say in the political decision-making process, than mere subjects in a monarchy. A businessman maintained
that Saudi youths no longer display what some have characterized as an inflated sense of entitlement, adding, “those days are gone.”

For its part, the state, which is beginning to ask more of its citizens in the form of military sacrifices and higher taxes, appears willing to gradually expand the political space available to its citizens, provided they operate within prescribed parameters. While this impression seems at variance with the dominant view among many observers in the West, those who have closely studied political and social developments in the kingdom over an extended period of time, are largely in agreement that demographic realities, as well as terrorist attacks carried out by Saudi youths both inside and outside the country, have compelled the state to re-evaluate what was being taught at its schools and what was being propagated by its mosques and other religious institutions, inside the country and abroad.

One western academic who has been teaching in Saudi Arabia for many years lamented what he called the “lack of intellectual curiosity” among some commentators on the kingdom, which he argued has led to a “superficial” treatment of social and political developments. A press conference I attended at the Ministry of Education in Riyadh was emblematic of the change Saudi Arabia is witnessing. The Minister of Education organized the conference to announce the inauguration of a program that would send hundreds of Saudi teachers of both genders to the United States and elsewhere, to learn new teaching methods in countries that are at the forefront of innovative education. Not only did the Minister, Ahmed Al Issa, speak candidly about the need to “improve the performance” of Saudi teachers, but the program is an acknowledgment that Saudi Arabia is a developing country that could—and should—learn from the experience and successes of more advanced countries. The question and answer session that followed was a reminder of the expanding purview of Saudi media, and a confirmation that a high premium has been put on government performance, accountability and transparency.

While one reporter asked whether the program was the same initiative that was announced during the tenure of a former education minister several years earlier, another asked if the minister worried that the program would “fail.” By far the most contentious moment came when one of the female reporters who was sitting at the same table, insisted that she continue her line of questioning when a ministry official argued that her question was irrelevant to the program. She didn’t relent and asked her question in full. The assertiveness with which many Saudi women I met with spoke, especially when they talked about their expanding professional opportunities, shattered the hackneyed stereotype that many still hold of Saudi women. More Saudi women are working in government ministries, schools, hospitals, companies, banks, stores and even supermarkets. A female Shura member who also happens to be a respected physician heading a team of researchers at a hospital said “my accomplishments speak for themselves.”

It is only a matter of time before women start driving in Saudi Arabia.

In Riyadh and Jeddah, the 2030 Vision was on everyone’s mind. While some older Saudis seemed uneasy about the rapid pace of the restructuring of government agencies, younger Saudis expressed wide support for many of the measures that are aimed at improving government performance and holding officials accountable. Some could hardly contain their enthusiasm as they spoke about how the leadership is actively recruiting the “best and brightest” Saudis to help implement the vision and to fill many government positions. A young technocrat declared that “if you are a hard-worker and know your stuff, you will advance up the ranks quickly.”

Saudi Arabia has a predominantly young population that is amongst the biggest users of social media in the world. Extensive internet penetration has allowed Saudis to bypass traditional channels to express their views on a host of issues as well as their grievances. Some now take to social media and appeal directly to the senior political leadership, including King Salman himself. On numerous occasions, their grievances have been redressed in a matter of days.

While the person who unveiled the 2030 vision—Deputy Crown Prince Mohamed bin Salman—was largely unknown when he was first named as minister of defense in early 2015, he has quickly come to symbolize the “new” Saudi Arabia: more open, more decisive, less risk-averse and operating on a much shorter time frame.

That is not to say that Saudi Arabia does not face some daunting challenges. Implementation of the economic reforms will face obstacles. A steep and sudden hike in the price of water encountered resistance from consumers and led to the dismissal of the minister in charge. Daesh continues to target Saudi security personnel and installations and is trying to foment sectarian discord by targeting the nation’s Shia minority. And Saudi Arabia’s regional rivalry with Iran has compelled it to adopt a more confrontational foreign policy, best demonstrated by its still ongoing—and controversial—military campaign in Yemen.

Nevertheless, Saudi Arabia’s political culture has changed to a point where its political, economic and social institutions and policies, are becoming the subject of open debate and many of them have undergone significant reforms. At the same time, the Saudi government appears more willing to allow western academics, analysts and journalists into the country than it had in the past. This shift appears predicated on the premise that the more opportunities outside observers are given to witness firsthand the change Saudi Arabia is undergoing, the more likely they are to present a more “balanced” picture of developments in the Kingdom in the Western media and elsewhere. Indeed, Saudi Arabia is slowly opening up, seeking to learn from the successes—and failures—of other countries. The ongoing cultural transformation will no doubt redefine who Saudis are as a people and as a nation; for the better.

Fahad Nazer is a non-resident fellow at The Arab Gulf States Institute in Washington and a former political analyst at the Saudi Embassy in Washington DC.

Morocco: Souk Up The Rays 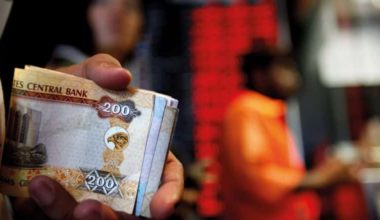 Read More
While global markets fluctuated in 2016 due to the combined impact of international disputes, falling oil prices, and…
FFeatures 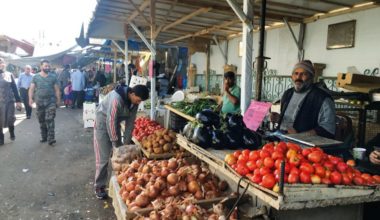