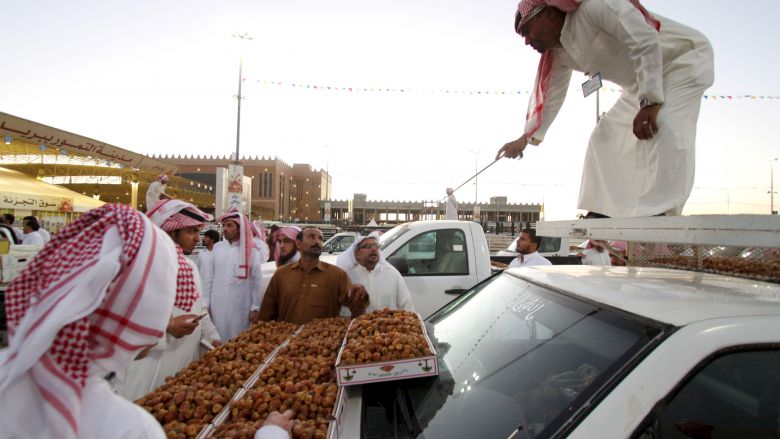 2015 was a seminal year in the history of Saudi Arabia. Not only did it mark the passing of King Abdullah who had been de facto monarch since 1995 and the ascension to the throne of his brother Salman, it also ushered in a new era of a more assertive foreign policy and a more agile domestic policy. Just as importantly, it was a year in which Saudi Arabia adopted a new strategic national narrative that reframed its role in the international arena and recalibrated the social contract between the government and Saudi citizens.

It has become customary for prominent Saudis who write in the Western media or who give talks at think-tanks and academic institutions to stress one specific theme when speaking about Saudi Arabia’s cur­rent foreign policy posture: The Saudis have adopted a new “doctrine”.

Saudis present this change in foreign policy as their answer to confronting the multiple secu­rity threats they are facing from the spread of terrorist militant groups like Daesh and from the expanding influence of the Shiite theocracy in Iran. This new posture is also presented as their attempt to adjust to what they see as another disconcerting new reality: The United States has elected to extricate itself from the turmoil of the region.

However, close observation of both traditional and new Saudi media, the kingdom’s launch of an unprec­edented military operation against Houthi rebels in Yemen in March 2015, and its recent announcement that it was spearheading a Muslim military coalition of 34 countries suggests a much broader and deeper shift is taking place in Saudi thinking than a mere more “assertive” foreign policy.

The Saudis have modified their general ethos by propagating a strategic national narrative. This discernible change has manifested itself dramatically in how the Saudi public has responded to the war effort in Yemen and in how the gov­ernment reacted to the Swedish foreign minister’s public criticism of its human rights record over the summer. In the same vein, a broad segment of Saudi society has expressed wide support for the formation of the Muslim coalition and the leading role that Saudi Arabia appears poised to play in it.

Just as importantly, the recently announced 2016 budget and the reduction of subsidies on fuel, electricity and water, along with a soon to be unveiled “National Transformation Plan” of structural economic reforms suggest that the political leadership may also be ready to make some difficult, and according to many, necessary decisions to reduce the Saudi economy’s dependence on oil and to wean some Saudis’ dependence on government largesse. In return for a narrower social safety net, the public political space available to both Saudi men and women, could potentially be widened. These reforms could potentially reconfigure the Saudi social contract.

Saudi Arabia was taken aback by the “Arab Spring”. Not only did the Saudis lose one of their most dependable allies—Egypt’s Hosni Mubarak—but the collapse of sev­eral regimes made apparent a new reality: The world’s sole remaining superpower, the United States, was no longer willing or able to assume what some in the region consider to be its moral responsibility—as the world’s sole remaining superpower—to try to stabilize it. The difficult transition that the “Arab Spring” countries have undergone also proved to be fertile ground for the most brutal terrorist organization the world has ever known: the self-proclaimed Islamic State.

One of the reasons that Daesh flourished in Syria is because of the carnage that Syrian President Bashar Al As­sad inflicted on his own people and it has since not only taken over a large area spanning the Syrian-Iraqi border, it has vowed to expand its “state” to include Saudi Arabia.

The post “Arab Spring” turmoil has also provided Iran with an opportunity to widen its influence in the region. The Saudis and Iranians continue to support opposing sides in many of the region’s hotspots especially in Syria, Lebanon and Yemen. To compound the Saudis’ concerns, the U.S. and the rest of the P5 + 1 countries reached an agreement with Iran over its nuclear energy program, potentially allowing it to shed its international pariah status and its rehabilitation into the international community.

In light of these new security challenges and new realities, the Saudis have changed the way they view themselves and reached new conclusions about how best to deal with their ascendant adversaries—Daesh and Iran—and their reluctant ally, the United States.

The new Saudi ethos stresses its independent decision-making and its confidence in the capability of its military forces. Saudi Arabia no longer feels beholden to the United States. The military action in Yem­en—designated initially as Operation Decisive Storm—was the culmination of years of Saudi innuendo, followed by warnings that it will not “stand by idly” as the region is convulsed by unprecedented violence.

Likewise, Saudi Arabia’s orchestration of a wide coalition of Muslim countries to combat “terrorism” could also be seen as its attempt to create an Islamic equivalent of NATO, which would serve to compliment—or perhaps even supplant—the international security framework embodied in the United National Security Council.

The Saudis have long spoken about being a blessed nation, endowed with the world’s largest proven reserves of crude oil but, more importantly in their eyes, custodianship of the two holiest sites in Islam.

While Saudi Arabia has tradition­ally preferred to use its eminent status in the Muslim world and wealth to quietly mediate between regional rivals, the turmoil that has gripped the region since 2011, and the United States’ unwillingness to stem it, has compelled the Sau­dis to adopt more assertive foreign policies to confront head-on the sources threatening their security. This outward posture has been bolstered by a concerted effort that has included not only political leaders and opinion-makers in the media but even Saudi clerics, who have played a role in advancing this new strategic national narrative. Many imams have used the Friday sermons in mosques to rally support for the Yemen operation and to warn about the “machinations” of Iran in the region.

As expected, Saudi Arabia incurred its largest budget deficit on record in 2015, an estimated $98 billion. Policymakers are anticipating revenues to drop from 608 billion Riyals in 2015 to 513 billion next year. In response, planners are hoping to spend 14 percent less next year than actual spending in 2015.

After much speculation, Saudi economic planners followed the lead of their Gulf Cooperation Council neighbors by increasing the prices of some utilities by as much as 60 percent. However, Saudi officials have maintained that most of the price hikes are progressive and Saudis will still pay lower prices for utilities than most other countries in the region and the world. Saudi consumers have had to “tighten their belts” in the past during similar oil crises but a consensus appears to be emerging that citizens need to temper their expectations in terms of the public goods and services the government should provide. At the same time, influential Saudis, inside and outside government, are asking their fellow Saudis to reassess whether they are meeting their own responsibilities as citizens.

Contrary to some predictions, this latest budget shortfall will not lead to the “collapse” of the entire Saudi state. The Saudi social contract has proven to be more resilient than many outside observers have assumed. And although Saudis appear to be in the midst of re-calibrating their social contract with the political leadership, there is indication the new and considerably younger generation of Al Saud are ready and willing to redefine what it means to be a Saudi both inside the kingdom and abroad.