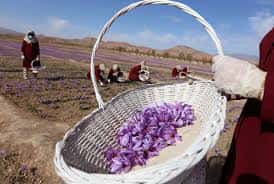 HERAT, Afghanistan, Nov 23 – It is early morning in a saffron field outside the western Afghan city of Herat and dozens of women are harvesting the delicate purple flowers, working quickly to gather as many as they can before the sun gets too hot.

Saffron is the most expensive spice in the world, selling for as much as $1,200-$1,800 a kilogram, and has long been seen as an alternative crop to opium poppies for poor farmers in a country struggling with the legacy of decades of war and lawlessness.

So far, it has had little impact on the opium trade which the United Nations estimates is worth some $3 billion a year in Afghanistan, source of most of the world’s opium, from which heroin is produced.

Even so, the Afghan saffron industry has grown and is establishing a reputation for quality in a market still dominated by neighbouring Iran, which accounts for almost 90 percent of global production.

“There is a huge demand for Afghan saffron,” said Bashir Ahmad Rashidi, head of the Ariana Saffron Company, which exports to countries from France to Turkey, India and the United States.

Just as importantly, it offers work for women whose employment opportunities are otherwise limited.

“We are very happy about saffron cultivation because it has paved the way for women to find jobs,” said Khanum Rassoli, who leads a team picking flowers for Ariana Saffron. “…It’s mostly women doing the harvesting and processing.”

Known to have been cultivated in what is now Afghanistan at least 2,000 years ago, saffron is well suited to the dry climate, heavily labour intensive but requiring little sophisticated machinery or capital.

The harvest is a tricky operation that begins in October and lasts just three weeks before the flowers begin to die. Workers pick about 10 kg of flowers a day, earning some 25 afghani ($0.38) per kilo.

Once the flowers are picked, tiny orange stigmas are separated by hand for drying with about 450,000 stigmas needed to produce just one kilogram of the sharp and fragrant spice, used for seasoning and colouring from southern Europe to South Asia.

Afghanistan produces around four tons a year, a figure dwarfed by the more than 200 tons Iran produces, but it is a rare bright spot in an economy struggling to get to its feet.

“Over the past two years, we’ve seen saffron having a good impact on the economy of families and our country,” said Rashidi from his office in the ancient city of Herat.

The industry was revived by refugees returning from Iran in the 1990s and much work has gone into establishing Afghan saffron as an international brand.

However competition from Iran is fierce, reflecting the experience in other sectors where cheap imports pose a threat to the emergence of a strong local industry.

The other challenge is opium, far and away Afghanistan’s biggest export. Government programmes and Western donors provide assistance but loosening the grip of drugs networks, including those run by Taliban militants, is a distant target.

However the World Bank estimates more than 6,000 farmers in Herat already produce saffron and the latest U.N. figures indicate that opium cultivation decreased in both Herat and neighbouring Farah province last year.

Gul Ahmad, a farmer, said with more help, the industry will develop further.

“Saffron is better than poppy because poppy cultivation caused negative impacts on society and the young generation,” he said. “Saffron is a legal business and it produces a good income.” 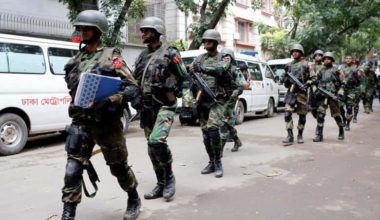 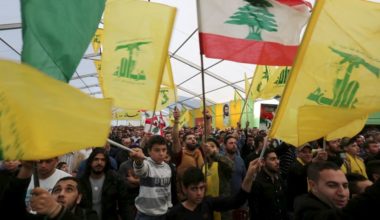