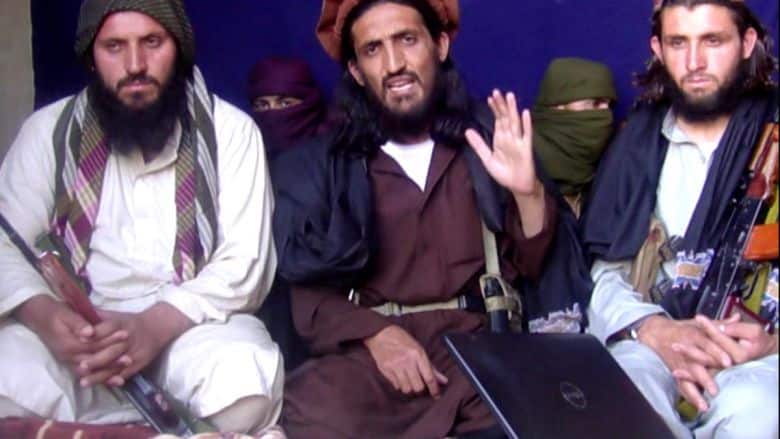 KUNDUZ, Afghanistan, Oct 3 – Taliban fighters pushed into the centre of the northern Afghan city of Kunduz on Monday, taking control of the central intersection where they raised their flag a year ago in their biggest success of the 15-year-old conflict.

Witnesses and police said the insurgents, who entered the city in the early hours, were attacking the governor’s compound and police headquarters, while some officials were seen fleeing to the airport.

With fighting also intensifying in the strategic southern province of Helmand, the attack on Kunduz, a day before a major international donors’ conference in Brussels, underlined Afghanistan’s precarious security situation and the Taliban‘s ability to strike important targets.

Footage posted by the Afghan Taliban on social media showed fighters in Kunduz walking around the empty streets, describing how they had captured army strongpoints and taken prisoners. Reuters could not verify the authenticity of the footage.

The Taliban‘s main spokesman, Zabihullah Mujahid, said its forces were treating residents “with kindness” and working to restore the city to normality.

The fighters appeared to have slipped through a defensive security line set up around Kunduz, entering the city itself from four directions before clashes broke out, witnesses said.

Military helicopters flew overhead and gunfire could be heard in Kunduz, where a year ago to the day Afghan troops backed by U.S. air strikes and special forces were battling to drive out Talibanmilitants who had overrun the city.

Afghan officials said special forces were being sent to Kunduz and the city would not be lost.

Brigadier General Charles Cleveland, spokesman for the NATO-led Resolute Support mission in Kabul, said the situation in Kunduz was “fluid” and U.S. forces were ready to assist.

“Our Afghan partners are responding to the increased Taliban activity within the area, and U.S. forces have multiple assets and enablers in the area to provide support,” he said in an emailed statement.

The renewed attack on Kunduz forced officials to cancel a ceremony planned for Monday to commemorate the first anniversary of a U.S. air strike that destroyed a hospital run by the international charity Médecins Sans Frontières.

The assault on Kunduz came as the Taliban stepped up attacks in different parts of Afghanistan, including in Helmand, where they are threatening the provincial capital of Lashkar Gah.

On Monday, Taliban fighters, positioned just across the Helmand river from the citty centre, took control of Nawa district to the south, killing a district police chief, officials said.

Heavy fighting also continued along the main road to Tarin Kot, the provincial capital of Uruzgan, also in the south, where a Taliban raid on Sept. 8 sparked fears of another collapse like that in Kunduz last year.

The raid on Tarin Kot was beaten back, but it alarmed security officials because the militants were able to enter the city without significant resistance after police abandoned dozens of checkpoints.

The fall of Kunduz last year was one of the most serious blows to the Western-backed government since the withdrawal of most international troops in 2014.

Although the insurgents abandoned Kunduz after a few days, the capture of a provincial capital underlined their growing strength and exposed weaknesses in the Afghan security forces, which control no more than two-thirds of the country. The city has remained effectively besieged ever since.

“Every day the militants come to the city and are pushed back by security forces,” said Amruddin Wali, a member of the provincial council, as he stood with security forces on the edges of the city. “There is killing and fighting every day.”

Separately on Monday, at least six people were killed and 35 wounded in the northern province of Jawzjan by a bomb in a crowded marketplace. There was no immediate word on who was responsible.

Efforts at reviving peace talks have failed to produce results, but Afghanistan’s international partners are expected to agree to maintain billions of dollars in funding for the government over the next four years at a two-day meeting in Brussels this week.

Trump Vows to Stay in Race After Lewd Remarks Surface 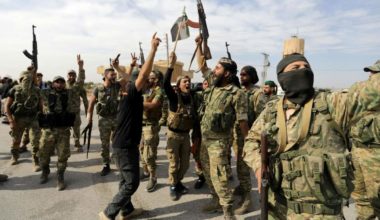 Read More
AMMAN, April 5 – Syrian rebels were closing in on a town near the Turkish border held by…
WWorld 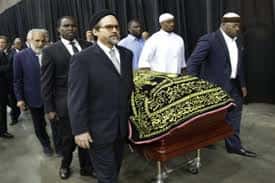