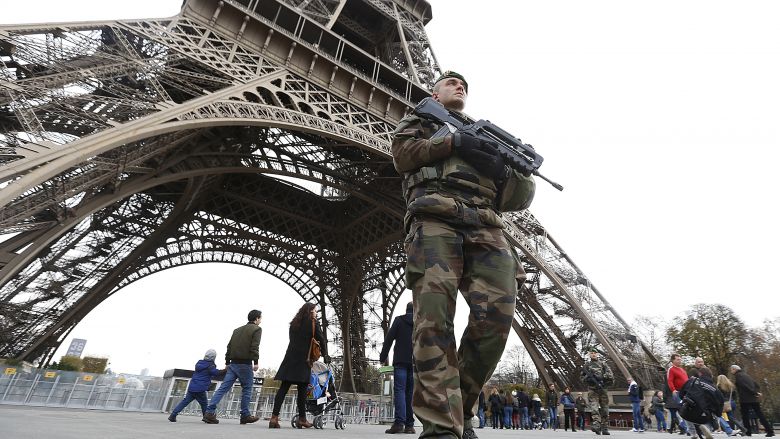 “Anger is an acid that can do more harm to the vessel in which it is stored than to anything on which it is poured,” the writer Mark Twain wrote. The Republic of France would do well to heed that warning after the horrific attacks in Paris, because it will almost certainly over-react while lashing out in anger. It may be an understandable reaction but if we want to defeat Daesh and its driving ideology then a more level-headed and rational response is needed.

There are other considerations in the short-term too. Will Europe see a rise in Islamophobia and attacks on innocent law-abiding Muslim citizens? Almost certainly. Will far-right movements get a boost in profile and support? Very likely. Will Syrian refugees now be turned away in greater numbers? Quite possibly. But it’s also too early to tell.

It’s easy to forget that despite being a political union, Europe is the sum of smaller countries that have their own dynamic. In Germany, Angela Merkel faces no serious challenge from her right and the chancellor’s main political opponents are the left-leaning Social Democratic Party (SPD). She has been able to challenge the anti-Muslim Pegida movement and accept large numbers of Syrian refugees because she faces no real political opponents.

Francois Hollande is in a different place. The French President is unpopular and faces a serious challenge from the far-right’s Marine Le Pen, who is unashamedly anti-Muslim and against taking in refugees. The political climate in France will turn ugly as was the case in the aftermath of the attack on Charlie Hebdo’s offices: civil liberties and freedom of speech will be brushed away for minorities and severe restrictions will likely be put in place on refugees. France’s national motto—liberté, égalité, fraternité – won’t apply to some people. Similarly, different environments in Britain, the Netherlands and Scandinavia will also make it unlikely they will move in step.

But we can make a few predictions. Firstly, the free movement of people across Europe will remain a fundamental right, since ending that would be an acknowledgement that Daesh terror has won. Secondly, western countries will over-react by passing even more draconian laws to spy on their citizens. For many in the intelligence community this is the impetus they needed to make their case.

Thirdly, and most worryingly, there is a real danger that western countries let prejudices reign free and Muslims citizens feel more marginalised. This is exactly the sort of response Daesh will be hoping for, to cause division and attract more recruits.

But while media attention is focused on Europe, the vast majority of Daesh victims always have been Muslims. It has attracted thousands of recruits from western countries-most notably France-but most of the families losing their sons and daughters to the terror group are in the Middle East. So who will confront it? After the disaster of the 2003 invasion of Iraq it is highly unlikely that western countries will commit troops again. U.S. President Barack Obama has resisted any such advice until now and is adamantly opposed to being remembered as the president who put troops back there.

America’s hesitation highlights the biggest challenge for the Middle East in confronting Daesh: there is no unity or coherent strategy. The Kingdom of Saudi Arabia is embroiled in Yemen, as well as America’s nuclear deal with Iran; Turkey is fighting the Kurdistan Workers’ Party (PKK) and worried about rising Kurdish nationalism; Iran directly props up Bashar Al Assad-who in turn fuels the grievances that help Daesh; and Qatar is backing anti-Assad groups with funds, only to see much of it ending up in Daesh hands. Jordan is singularly alone in its eagerness to pursue air-attacks on Daesh targets after one of its pilots was captured and publicly executed.

The aftermath of recent attacks could be dictated by Middle Eastern states if they put aside traditional rivalries and focus on their common enemy. The double-suicide in Beirut once again highlighted that the impact of Daesh is spilling over to neighboring countries and may not be contained for long. One big attack or incident could set off a chain reaction and create another Syria-type civil war and refugee crisis.

For the Middle East this is a big moment. Countries in the region could work together and take charge of the biggest challenge they face, demonstrate that they are masters of their own destiny, or wait for the Daesh threat to get worse. They need to put together a peace-keeping force to end the Syrian tragedy rather than waiting for foreign intervention and further chaos. But the victims of a sit-and-wait strategy are more likely to be Arabs in the Middle East than Europeans. For their sake, and those of Muslims in western countries, they should take action now. 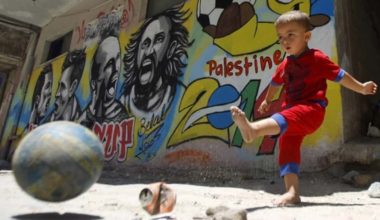 Read More
It took 12-year-old Dima Al Wawi’s parents some serious persuasion to get their daughter to talk. But even…
OOn the Cover 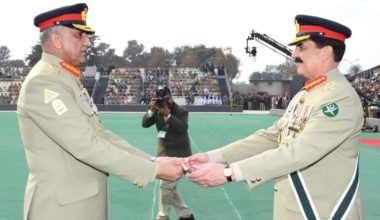 Read More
Sometime ago, before writing an article on civil-military relations, I decided to do a simple experiment. I asked…