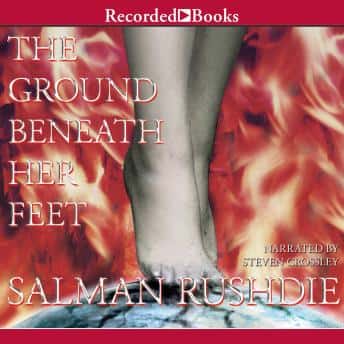 On Nov. 12, as Kurdish and Yazidi forces backed by the U.S.-led military coalition and Iraqi air force attempted to retake the northern city of Sinjar from Islamic militants, violence erupted between two traditional Iraqi allies in Tuz Khurmato, 108 miles north of Baghdad.

Over four days of clashes in the city, militants affiliated with the Shiite Badr Organization took on the Patriotic Party of Kurdistan, the second-largest Kurdish political party in Iraq. Jointly administered by Shiite militias and Kurds, Tuz Khurmato held its breath for a ceasefire deal, which finally came into being on Sunday 15th. But in the aftermath, it was clear that the city had taken a beating. Ten Shiite Turkmen militiamen, five Kurdish Peshmerga fighters and six civilians were killed, dozens were wounded, and 50 civilians and fighters had been taken hostage. Hundreds of properties were either burned or damaged.

It was the latest demonstration of the longstanding tension between the two sides in the areas that the Kurds claim as a part of Kurdistan, the northern autonomous region. But events in Tuz Khormato also highlight potential cracks in Iraq’s fight against Daesh that militants can readily exploit.

Tuz Khurmato is a mixed area inhabited by Kurds, Arabs and Turkmen. Dominated by a Shiite Turkmen minority, it is one of several disputed areas between the central government in Baghdad and Kurdistan. Kurds and Turkmen have shared the running and security of the city since 2003, but in the past few years, some say that the Kurds have steadily pushed to take control of the city.

The area in which Tuz Khurmato is located is still mostly under the control of Daesh. Only four or five miles separate the areas that are controlled by the Peshmerga, Iraq’s Shiite militias and those controlled by jihadist groups. In June 2014, the latter’s fighters had seized most of the cities and towns in the area, after Iraqi troops had deserted their positions.

The Peshmerga swiftly moved to fill the vacuum in Tuz Khurmato, with the goal of preventing the city from falling into the hands of the militants. Since then, some believe that the Peshmerga have thrown their weight around, to the exclusion of all others in government. The Peshmerga are said to have taken control of some security and administrative positions, systematically ignoring other parties. Dissent has poured forth from Turkmen quarters and the central government, with the common complaint that Kurdish officials and forces are jockeying for territory—as though Tuz Khurmato is infact, part and parcel of Kurdistan. Troublingly, the Peshmerga are charged with rejecting legislation or directives that hail from Iraq’s central government.

“Actually, Kurds protected the area when there was no one to fight,” Ali Al Twijeri, a local journalist in Tuz Khurmato told Newsweek Middle East. “They believe that they have a right to fully control it as a part of their Kurdish region.”

As Kurds battle the militants who control about a third of the Iraqi territories in the north and west, the slogan “land for those who liberated it” referring to Tuz Khurmato and other areas, is increasingly bandied about.

In June 2014, fighting erupted between Kurds and Shiite paramilitary outfits—who were also engaged on multiple fronts battling Daesh affiliates in Jalawlaa, 100 miles northeast of Baghdad. The two forces liberated Jalawlaa and Saadiya, both Kurdish-dominated towns, from Daesh-related militants, but Kurdish forces were intent on digging trenches to prevent Arab Shiites and Sunnis from returning. Three Peshmerga fighters and two Shiite militiamen were killed as a result.

Since then, several similar incidents have taken place in the disputed areas of Diyala, Salahudeen and Kirkuk provinces. No casualties were reported. Apropos of this, Fadhil Abu Ragheef, an independent Iraqi security analyst, told Newsweek Middle East that Kurdistan President Massoud Barzani is fanning nationalist sentiment. Barzani he says, is facing a serious challenge to his effort to amend Kurdistan’s constitution—he’s intent on a third term, to the dismay of many. The president, Abu Ragheef said, is hoping to deflect attention from his refusal to leave his office (even though his second term ended in August) by invoking the Kurdish dream of establishing an independent state.

“The Tuz Khurmato clashes are a part of Barzani’s project, which aims to include all the Iraqi lands that host a hill or a mountain, specifically the Hamrin Mountain range along from the Iranian borders, and all the way up to Mosul,” he said.

That forced Kurds to revive their old deal with the Shiite Turkmen and accept sharing control of Tuz Khurmato with them, but the deal called for that the Shiite militias to secure the neighbors inside the city limits, and the Peshmerga was to secure the outskirts. Security checkpoints were set up by both sides in the areas that they agreed on.

The uneasy security structure fell apart on Nov. 8, when a Kurdish force came to the southwestern side of the town and forced a small group of Shiite Turkmen fighters to leave one of their checkpoints and put up a new Peshmerga checkpoint instead. The Kurds defended the move; they had, they said, to end the extrajudicial kidnapping committed by Shiite fighters. It was time for Shiite Turkmen to abandon their weapons.

On Nov. 12, a group of the Shiite Turkmen fighters on leave passed through the new Kurdish checkpoint without stopping as they headed to their homes outside Tuz Khurmato. The Kurds opened fire at their car and killed three of them. In the ensuing violence, many Kurdish and Shiite Turkmen inside the city were killed or kidnapped, and buildings were being looted or burned.

General-Lieutenant Jabar Yawar, the spokesman of the Kurdish Ministry of Peshmerga, defusing the tension, blamed the violence on rogue Shiite youth who were merely trying to exploit the situation for their own gain. “It was just some teenagers who were not sticking to the regulars; [they] joined the Hashid [the paramilitary Shiite-dominated paramilitary force fighting militants] to get finance and moral beneficiaries,” he told Newsweek Middle East. “They were kidnapping people to get ransom[s], and looting the stores.”

The Badr Organization and Asaib Ahl Al Huq, the lethal Shiite militias in Iraq, have threatened to “harshly respond” if Kurds don’t step back. Both groups sent hundreds of reinforcements from nearby areas, posting them just outside Tuz Khurmato’s city limits.

In return, Kurds have also sent more forces inside the town, which is essentially under their control.
“The Kurdish fighters who are deployed at the checkpoints are racists,” a senior Badr commander in Baghdad said in an interview on condition of anonymity. “They have been acting with deep hatred, and we have not responded because the situation is critical and our enemy now is Daesh,” he said, using the local name for the militant group.

“If we actually did respond to Kurds, we would not stop even in Erbil [Kurdistan’s capital), and they know this,” the commander said.

On Friday, Eqbal Agha, an Iranian Revolutionary Guards’ commander arrived in Tuz Khurmato. Worringly, it’s the first public and direct example of an intervention from an Iranian official using his country’s influence to impose a ceasefire on two Iraqi sides—both are widely known as Iranian-backed and funded parties. His move was intended to oversee the negotiations between Hadi Al Amiri, the commander of Badr Organization, and the Kurdish side. Pictures of the visit, which were circulating on social media accounts, show Agha standing alongside several local Iraqi officials while they bid him farewell.

Government and parliamentary delegations were sent to supervise the ceasefire agreement, which requires the Kurdish and the Shiite Turkmen groups to revive their partnership, form a local joint armed force and joint patrols to secure the city, release the hostages and compensate those affected.

On Nov. 15, the release of hostages began, but the acrimony and distrust between the two sides were palpable. Dozens of families took advantage of the cease-fire to leave for neighboring areas.

“It is a deep crisis, and the whole city is engulfed by the tension,” said Mohammed Al Baiyati, a local Shiite Turkmen Badr’s commander, said in an interview. “The conflict between Kurds and Shiite Turkmen will not end as long as the reasons behind it still exists. Kurds control everything in the town and Turkmen are marginalized. Whenever this is changed, the situation will be calm and normal.” 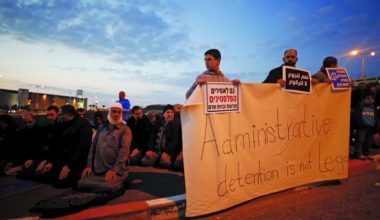 Read More
On February 26, Palestinian journalist Mohammad Al Qeeq ended what has widely been reported as one of the…
FFeatures 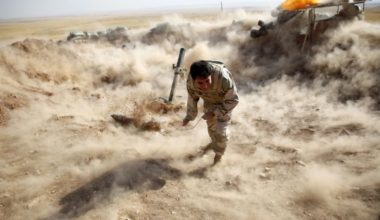 Read More
Despite its dwindling fortunes elsewhere, the Muslim Brotherhood or the Ikhwan, continues to thrive in Iraq. Their North…