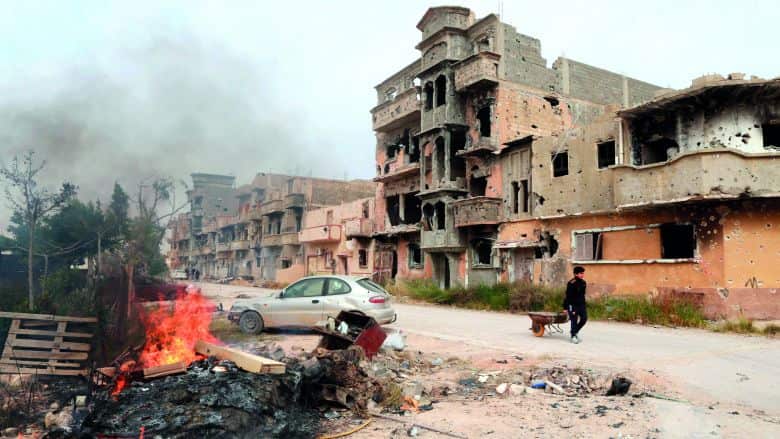 Five years on from the start of the Arab Spring, North Africa seems to be experiencing its worst security breakdown since the end of colonialism in the 1950s and early 1960s.

In Egypt’s Sinai Peninsula, the government is fighting a wide-ranging, counter-insurgency battle against Daesh and other like-minded militant groups who regularly exact heavy casualties among civilians and the security forces.

After a February drone strike by the United States (U.S.) against Daesh in Sabratha, Libya, the group sent more than 100 fighters to storm the nearby border town of Ben Guerdane in Tunisia. It took several days of fighting that resulted in the deaths of 20 civilians and security force personnel to finally repel the attackers.

Analysts and government officials in the capital Tunis now worriedly speak of a Daesh “southern strategy” designed to fracture the country along pre-existing socio-economic and regional fault lines.

In Algeria too, which fought its own brutal conflict against militants in the 1990s, the government is engaged in an unprecedented border security program.

The program includes mobilizing tens of thousands of soldiers to deal with a potential refugee crisis, should neighboring states continue to unravel, as well as a surge in fighters linked to Al Qaeda and Daesh.

In just one raid in January, security forces arrested more than 300 Moroccans who were trying to cross into Libya to join the estimated 1,500 Moroccans already fighting there.

In fact, even in Morocco, routinely cited as relatively safe compared to the rest of the Middle East, security threats are proliferating.

Just last week, Morocco’s head of counter terrorism announced that 25 Daesh terror plots had been broken up over the past year. One plot allegedly involved mustard gas attacks on four cities and a suicide bomber strike, all of which relied on material smuggled in from Libya.

Libya: What’s Going On?
For many Western countries, especially the U.S. and “frontline” European states, most (though not all) of the various insurgencies, terrorist operations and refugee problems now riling North Africa have some link to Libya.

Of course, this shouldn’t come as much of a surprise.

Almost five years after Libya’s longtime dictator, Muammar Gaddafi, was overthrown—with substantial help from NATO—the oil-rich country of 6 million people has essentially become a failed state. Beset by an array of militias, competing governments in the East and in the West and sizable Daesh-controlled population centers like Sirte, Libya’s fate seems bleak.

Earlier this month, the commander of U.S. Forces in Africa, General David Rodriguez, announced that the American intelligence community now believes Daesh has doubled its capabilities in Libya over the last year to perhaps as many as 6,000 fighters.

Cash and weapons also abound, partially as a result of the country’s failure to govern itself, but also as a result of some outside states that have periodically used Libya and Libyans to pursue their own interests, both in-country as well as elsewhere in the Middle East.

Either way, violence and extremism are now major import and export categories.

Because of this, and because of fears that refugee flows via Libya may get far worse during the coming few months, an almost unprecedented international consensus has formed to put Libya back together as quickly as possible.

In mid-December 2015, after several years of failure, the office of Martin Kobler, Special Representative of the U.N. Secretary-General and head of the U.N. Support Mission in Libya (UNSMIL), was finally able to broker a deal known as the Libya Political Agreement (LPA).

The agreement saw the installation of Fayez Mustafa Al Seraj as Chairman of the Presidential Council of Libya and prime minister of the Government of National Accord (GNA).

From the outset, however, the agreement has garnered substantial opposition, which promises to be extremely difficult to overcome in the coming months.

Both of the country’s rival administrations—the National Salvation Government (NSG) in the capital Tripoli, backed by a cocktail of mostly Islamist militias, as well as the internationally recognized House of Representatives (HoR) about 1,000 kilometers away in the port city of Tobruk—have expressed their discontent with the LPA.

Despite EU sanctions earlier this month against the three main leaders of the dueling governments, Seraj himself was only able to arrive in Tripoli by boat and remains unable to move beyond his temporary office at the port.

“The international community, for very understandable reasons, seems to be welcoming any kind of short-term progress in Libya, even if it is creating long-term, structural problems. Europe wants something to work before the summer when the refugee boats will fill up and is therefore rushing forward,” he tells Newsweek Middle East.
According to Eljarh, the U.S. “is focused on the immediate expansion of Daesh,” and it, along with Europe, “wants a government partner that they can coordinate with” to handle these threats.

“The central problem,” he adds, “is that in moving as quickly forward as possible, they are actually reducing the long-term viability of the Libyan peace process.”
Eljarh points to international backing for the recent formation of the so-called State Council ahead of the LPA being ratified by the HoR in the East (much less attaining its verbal support). “In the long-term, I am very concerned about the legal and constitutional challenges that will arise because of mistakes like this that are being made right now.”

Nataliya Apostolova, the head of the EU Delegation to Libya, tells Newsweek Middle East: “We are trying to convince Tripoli and Tobruk that although the agreement is not the perfect agreement, it is the only agreement which they have at this sensitive moment.”

“But at the end of the day it is a compromise and all sides must start working with the Government of National Accord,” she adds.

Acknowledging that a considerable number of militias in Tripoli alone have expressed their opposition to Seraj, the GNA, and the whole structure of the LPA, Apostolova is nevertheless adamant that failure is no longer an option.

“There is no Plan B. There is only a Plan A: the U.N.-led process. In order to effectively combat Daesh and stem the flood of people that we expect soon, there has to be a stable government with which we can all work.”

Intervention Creep
Another major concern among analysts and some diplomats is that several major states may not be waiting for Seraj’s government to solidify before pushing ahead with a concerted military strategy against Daesh.

The U.S. has already conducted a number of air and drone strikes against alleged Daesh targets across Libya and will likely ramp up the effort as more fighters flow in from Syria and Iraq.

Special forces teams from the U.S., France and Britain are widely reported to be operating on the ground, coordinating with different political and military factions.

And in February, the Pentagon was reported to have presented a plan to President Barack Obama to decisively “cripple” Daesh in Libya.

“We are worried that counterterrorism may be working against the coherency of the government of national unity,” warns Claudia Gazzini, Libya analyst for the International Crisis Group.

“In order to make the political project sustainable, it needs to be backed by a solid security track as well as a solid economic and financial dialogue track. Just getting some of the political actors together won’t work. You have to get the security actors together and agreeing on a common plan,” she tells Newsweek Middle East.

Right now, she adds, some Western governments appear to be teaming up with Seraj but at the same time, moving ahead with their own local security relationships and their own counterterrorism agenda.

“They are actually also working against him. Perhaps it is out of ignorance, and in some cases just self-interest. But this needs to be avoided.”

For her part, the EU’s Apostolova also appears concerned about the different time frames by which local and international actors appear to be moving.

“Some countries may not see the political process as moving as fast as they would want in order to have an official invitation by the government in Libya to fight Daesh. That means they could perform military actions, backed by their own intelligence on the ground, ‘surgical’ strikes,” perhaps against people who might be found preparing a strike against Europe or elsewhere.

“Strikes may solve the local concentration of a terrorist group,” she says, “but this might move others towards Algeria or Tunisia—which is why the Tunisians and Algerians are not particularly happy with the prospects of intervention.”

No Plan B?
Despite whatever problems the Europeans or the Americans may or may not be adding to the process, the Libyans themselves face a number of structural factors inhibiting reconciliation.

Melding the mostly Islamist-led western side of the country back together with its opposite in the East will be particularly trying, given the historical divisions between the two geographic areas.

The situation is all the more complicated because it hits on a key faultline roiling the entire Middle East and North Africa: the split between political Islam and traditional, security-state regimes.

For Mary Fitzgerald, an author and a political analyst focusing on Libya, “Egypt, in particular, will likely refuse” to see its preferred champion in the East, General Khalifa Haftar, cede power.

“The Egyptians don’t want to give up on him. The security establishment there still sees him as their best bet when it comes to securing the border area.”

For his part, Haftar recently gave an interview to the state controlled Egyptian daily Al Ahram where he warned that he would not stand by if political actors took the country “into the abyss,” longstanding security-state speak for a red line against stepping down.

“One part of the equation wants him out, period,” explains Eljarh. “And on the other side of Libya, he has a large support base where there is a strong belief that this agreement is only designed to undermine Haftar and the army in the East.”

Should problems like these continue to inhibit reconciliation, Gazzini believes that international actors won’t have many other options.

“Most Western countries think that Plan B is a revised version of Plan A. There is the option of continuing without HoR approval, for example. Some diplomats think this is the way to go. Some believe that if there is no full national backing, then we will simply have to go back and negotiate and revise the process and perhaps some terms of the LPA.”

For Eljarh, who hails from Libya’s eastern region, another specter may be looming: partition.

“Where I come from, there is a growing sentiment that maybe this cannot work—maybe we just have different views of how things should work.”

The prospect is particularly unsettling, he argues, because of all the difficult questions that would have to be answered: How many small states would be created? Where would partition take place? How would resources be shared?

In struggling to find answers, the country could be sucked into an even wider and more violent civil war for a protracted period of time.

“Partition will not end Libya’s problems,” he says. “And it won’t end the problems stemming from Libya that are affecting the entire region and the world.”

Between Bernie, the Vatican, and a Muslim American Liberation Theology 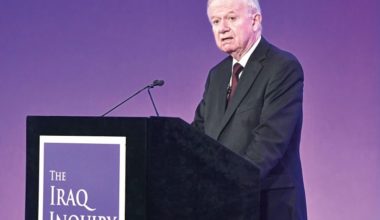 Read More
The story of why Britain invaded Iraq with the U.S. is of a once-powerful empire yearning for its former military stature in the world.…
FFeatures 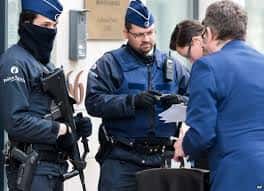 Read More
Anyone surprised by the recent murderous attacks in Brussels has not been paying attention. Per capita, Belgium is…