Twelve years ago, Greece was triumphant; she was celebrating the return of the Olympic Games to Athens, the city where it all began.

The once-gleaming Olympic venues hosted millions of spectators and thousands of athletes from all over the world, and the Greek economy was vibrant, at a peak. The freefall was yet to come.

Now, however, venues across Athens, the Olympics’ spiritual home, lie empty, entirely disused and wasting away. For Greeks like myself, it’s a bitter taste of disappointment that lingers, reminding us of what came before. We’ve  endured eight years of cruel, economic depression and an ongoing refugee crisis.

When the Athens Olympics torch went out—moving to its next host city—it took with it the glory and the pride of those times. Some of the multi-billion dollar constructions were then repurposed and used as concert halls, conference and exhibition facilities. But the majority of them lay neglected.

The Olympic-size pools have dried up, and the running tracks have mossed as the already weak Greek economy cannot afford to maintain them.

Twelve years on from the Olympics, some of these facilities have, once again, become the center of attention. But this time there is no fanfare; there are no spotlights, no laurel wreaths and no winners—just misery and despair. The remains of Greece’s modern golden age today are haunting thousands of people who are in search of the European dream.

More than 10,000 immigrants and refugees are dispersed throughout the Greek capital. Recent border closures have left thousands stuck in limbo. And around 2,000 to 3,000 are stranded in the Hellenikon Olympic Complex, named after Athens’ old airport Helleniko, and built minutes away from it.

Helleniko is symbolic; it reflects the ongoing financial and refugee crisis that Greece is concurrently facing. Its bleak entrance portends the inhumane conditions under which thousands of people reside, often for weeks at a time. I first came across the former airport of Athens, which is situated right next to the sports complex in March 28, 2001 when the last flight took off from Hellinikon. Since then, the runway lights have gone out forever, and the once bustling airport has surrendered to the ravages of time. Today, 15 years later, I can only see laundry hanging from the metal fencing that hugs the perimeter, makeshift slums and people walking aimlessly around. Immigrants and refugees wait weeks for permission to cross the borders, but after the latest EU summit agreement to return them to Turkey, little hope remains for them to find a safe haven. Some of them have already given up.

“I am two months in Greece. I have run out [of] money and patience,” Zahir tells me in English. “I am a 21-year old man, I can survive with little food but there are so many children who haven’t enough food and are getting sick,” he continues. Zahir is a university student from Pakistan who decided to come to Europe to find a job and help put his three younger brothers through university. “In Pakistan you have to pay for your education; we are four children in the family and my father is a farmer, he can not afford [to] send us to university. In Pakistan everyone values you depending on the car or the house you have, not your personality and I don’t like this mentality. That’s why I want my brothers to be educated” he, says, with a sigh. “Education is very important for someone’s personality and I want my brothers to have good personalities.” Yet, I see some hope in his eyes as he recalls the dangerous trip he had to take all the way to Europe from Pakistan. He paid $4,000, walked 18 hours, was stuffed into a car with 16 other people, and even got into a plastic dinghy—only to realize that there was no future for him in Europe. “I want to go back to Pakistan. At least there I will finish my studies and I will try to find a job. I can’t stay here doing nothing for months or even years,” he tells me adding that he has already applied for the voluntary deportation scheme in Greece. He seems determined, but Greek and Pakistani authorities are slow to take any action.

Meanwhile the situation in Athens appears to worsen. The number of those stranded in the city has skyrocketed as the borders remain shut, making it impossible for them to move on. Often, basic needs are not covered—especially for single men—as the priority is given to women and children. “Yesterday night there was no food left for us—but we can survive,” he says and smiles uncomfortably. Smugglers regularly approach him but he can’t afford to pay 1,500 euros, the amount asked to cross the Greek-Macedonian borders.

Financial and sexual exploitation against immigrants and refugees have become a known phenomenon in Athenians neighborhoods. Zahid, as well as others, is approached by men looking for paid sex; they have offered him 20-150 euros to sleep with them. “I can now understand what someone wants from me, I can tell from the way they approach me; they usually sit next to me for chit chat and then they open their wallets because they know we are in need. They even touch me inappropriately without my consent,” he confesses.

More than three hours have passed since I began to talk to Zahir. “It’s late, I should go home,” I tell him. “You have a home…” he replies.

Anna Pantelia is a Greek photojournalist based in Athens. In 2015 she was named by Magnum Photos as one of the best 30 emerging documentary photographers under 30. 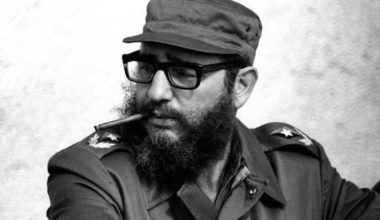 Read More
At the age of 90, the man who defied 11 U.S. presidents, reportedly overcame over 600 assassination attempts…
FFeatures

Read More
The cellphones of dead people were still ringing inside the Pulse nightclub on June 12 when Cathy Lanier,…