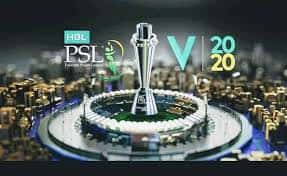 Who would have thought a couple of years ago, when the Indian Premier League launched and was in full swing, and where Pakistani players were considered persona non grata, that Pakistan would get its own T20 league.

Thanks to the Pakistan Cricket Board and in particular executive board member Najam Sethi, Pakistani fans are able to enjoy watching cricket matches that bring to life—in a healthy sporting manner, of course—traditional rivalries within their country.

The Pakistan Super League, whose first season may be relatively small with only five teams and it may be played in the UAE, but has nonetheless been a massive hit with Pakistan’s cricket-hungry fans. It is being closely followed all over the country and has tended to dominate even social media networks in the country. A case in point: The Twitter accounts of the five teams from Karachi, Lahore, Quetta, Peshawar and Islamabad have all been trending ever since the League began on February 4; its final is scheduled for Feb 23. And even though it has been held in the UAE, the strong Pakistani expatriate presence there has meant healthy attendance at most of the matches so far.

For the players it’s a win-win situation. Consider. Several of the younger and relatively more junior local players have never represented Pakistan. And after the attack in 2009 on the Sri Lankan team no foreign teams came to Pakistan, till the Zimbabweans came last year. This means that without the PSL, these young and promising players would have no opportunity to play with international players and learn from this invaluable experience. Thanks to the PSL, they are able to do this.

Quite frankly, the event is a very welcome development for a landscape replete with suicide attacks, bombings, threats by Taliban, and whose military has been fighting an intensive campaign against militants, it provides for a much-needed outlet for ordinary people to follow and rally around. The latter is a natural step given that most Pakistanis tend to be rabid cricket followers and the game has a massive audience in the country of approximately 200 million. At the same time, since the teams are based on the country’s largest five cities, support for them automatically leads to some sort of—perhaps in a very amorphous sense—unifying element among the population as a whole.

Hopefully, as PSL chief Sethi and the head of the Pakistan Cricket Board Shahryar Khan have both said, the next season may well be held in Pakistan—and that is truly when it will come in its own with the large fan following being physically able to attend the matches.

That said, even the holding of the PSL in the UAE has given a much-needed boost to Pakistan cricket and to the country’s millions of frenzied cricket followers.

The writer is Editor of ARY News Online and Web. He tweets @omar_quraishi

An earlier version of this article listed the cricket final as February 24. It is on February 23. 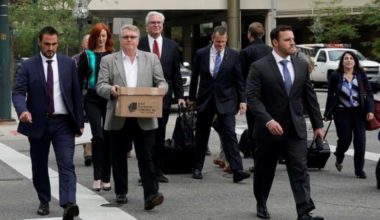