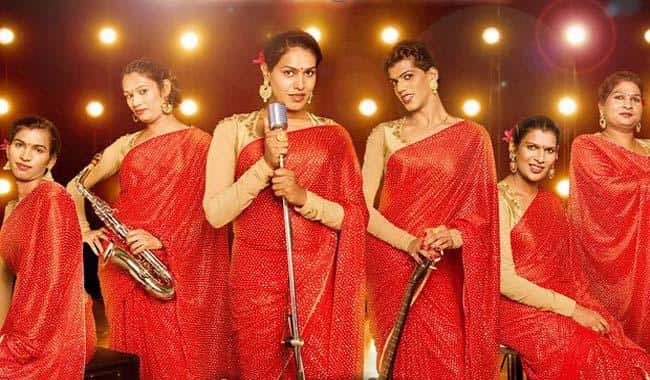 MUMBAI, July 13 – Transgender people in India have traditionally been an invisible minority in India, seen only at traffic lights begging for alms or blessing newlyweds and newborn babies.

But a pop band of transgender women is on the soundtrack of the latest Bollywood blockbuster, showing that two years after a landmark judgment gave transgender people equal rights, they are more widely accepted, even as jobs are scarce and biases remain.

A song by 6 Pack Band, comprising six transgender women, features in the Salman Khan-starrer “Sultan” released last week. Their other songs, released earlier in the year, have also featured Bollywood stars and had millions of views on YouTube.

“Transgender people are worse off than other minorities in the country – they are not even on the radar,” said Ashish Patil, head of Y-Films, an arm of Bollywood production house Yash Raj Films, that put the band together.

“This was an effort to get the community front and centre, and get people talking. I decided, why not do it with song and dance, which are so integral to their tradition,” he said.

India has about 2 million transgender people. In 2014, the country’s Supreme Court ruled that they had equal rights under the law, and granted legal status to the third gender.

Alongside the right to marry and inherit property, they are also eligible for quotas in jobs and educational institutions.

Transgender women, known as hijras, have long been considered auspicious, and their blessings are sought at weddings and births. Yet abuse and exploitation are common.

Often thrown out of their homes by their families, many lack a formal education and are denied jobs. So they are forced into sex work, begging, or dancing at weddings to make ends meet.

To address gender and sexuality in a more accessible manner, Abhina Aher, a transgenderrights activist, founded the Dancing Queens in Mumbai a few years ago. The group of transgender and gay people uses dance for advocacy, as well as to earn a living.

The Dancing Queens – “because we’re called queens, and we dance”, Aher said – perform at weddings and corporate events.

“Since we began performing, there has been greater acknowledgment, greater visibility and greater respect for us, for the community,” said Aher, a trained kathak dancer.

“While the law was very welcome, there is still a gap between the rights on paper and what happens on the street. There is still violence, there still aren’t enough job opportunities,” Aher said.

The eastern state of Odisha last month became the first in the country to give transgenderpeople social welfare benefits such as pension and housing.

India is also revising its rehabilitation scheme for forced or bonded labourers to includetransgender people.

There have been other efforts to integrate them.

In Thane, near Mumbai, more than 1,000 transgender people have been trained by the police and designated as Friends of the Police to help with traffic control and crowd management.

But it is the 6 Pack Band that has had the most glamorous outing yet. Their first song, Hum Hain Happy, a cover of the Pharrell Williams hit Happy, was released in January this year.

With Indian rhythms and the traditional hand-clapping gesture of hijras, the video shows the six band members wearing brightly coloured lehenga skirts and blouses, and trendy jewellery. The video has had almost 2 million views on YouTube.

Another song that shows the struggles and gradual acceptance of a trans woman has had more than 3.5 million views.

An advertising campaign for the band won the Grand Prix Glass Lion in Cannes last month, for “culture-shifting creativity that promotes gender equality and debunks stereotypes”.

“The band has fundamentally changed the way we perceive transgender people,” said Patil, who held auditions across the country for the band.

“More importantly, they are being welcomed by their families and society and have found a way to make a living.” 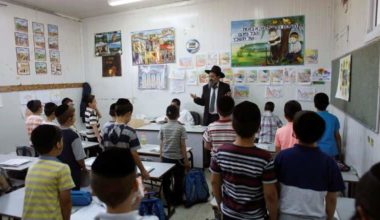 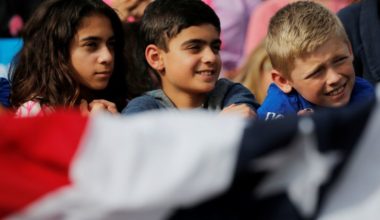