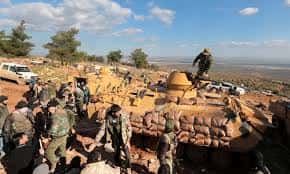 ISTANBUL/KARKAMIS, Turkey, Aug 24 – Turkish special forces units and jets supported by warplanes from the U.S.-led coalition launched an operation in northern Syria on Wednesday to wipe out Daesh militants along the border with Turkey, Turkish officials said.

The Turkish army began firing artillery rounds into the Syrian border town of Jarablus at around 0100 GMT and Turkish and U.S. warplanes pounded Daesh targets with airstrikes as part of the operation, Turkish military sources said.

It was the first time warplanes from NATO member Turkey have struck in Syria since November, when Turkey shot down a Russian jet near the border, and the first known incursion by Turkish special forces since a brief operation to relocate the tomb of Suleyman Shah, a revered Ottoman figure, in February 2015.

Turkey and the United States hope that by sweeping Daesh from the border, they can deprive it of a smuggling route which long saw its ranks swollen with foreign fighters and its coffers boosted by illicit trade.

White and grey plumes of smoke rose from atop the hills of Jarablus, visible from the Turkish town of Karkamis across the border. The boom of artillery fire was audible as tanks opened fire from just inside Turkish territory.

Turkish military sources said a ground incursion had yet to start, but a group of Turkish special forces had entered Syria while Turkish and U.S.-led coalition jets hit four Daesh targets and Turkish artillery struck more than 60 targets. Tanks were being positioned to secure the border, they said.

“The aim of the operation is to ensure border security and Syria’s territorial integrity while supporting the U.S.-led coalition against Daesh,” one military source said, adding work to open a passage for ground forces was underway.

U.S. Vice President Joe Biden is due in Turkey later on Wednesday, the most senior U.S. official to visit since a failed July 15 coup shook confidence in the ability of the NATO member to step up the fight against Daesh.

Turkey had vowed on Monday to “completely cleanse” Daesh militants from its border region after a suicide bomber suspected of links to the group killed 54 people at a Kurdish wedding in southeastern city of Gaziantep.

Turkey is also concerned about the growing influence of Syrian Kurdish militant groups along its border, where they have captured large areas of territory since the start of the Syrian war in 2011. Ankara sees them as tied to the Kurdish militants fighting an insurgency in Turkey.

At least nine mortar shells from Jarablus had landed into Turkish border town of Karkamis and nearby on Tuesday, forcing many residents to flee the town, a Reuters witness said.

The Syria operation also came as Syrian rebels backed by Turkey had said they were in the final stages of preparing an assault from Turkish territory on Jarablus, aiming to preempt a potential attempt by Syrian Kurdish YPG militia to take it.

The Kurdish YPG militia, a critical part of the U.S.-backed campaign against Daesh, took near complete control of Hasaka city on Tuesday. The group already controls swathes of northern Syria where Kurdish groups have established de facto autonomy since the start of the Syria war.

Their growing influence has alarmed Ankara, which is fighting its own insurgency with militants from the outlawed Kurdistan Workers Party or PKK, who officials blame for an escalation of attacks in the southeast of Turkey.

Ankara is focused on preventing the YPG or its allies building on recent advances against Daesh by capturing Jarablus. The U.S.-backed Syria Democratic Forces alliance (SDF), including the YPG, captured the city of Manbij, just south of Jarablus, from Daesh earlier this month.

A Syrian rebel with one of the Turkey-backed groups said the fighters were waiting for the signal to enter Jarablus and a second rebel said around 1,500 fighters were now gathered at a location in Turkey to take part.

Turkey is still in shock after the failed July coup by rogue solders who tried to overthrow President Tayyip Erdogan and the government, killing 240 people and triggering a purge of suspected coup supporters in the army and civil service.

Angered by a perceived lack of Western sympathy over the coup, Turkey has chilled ties with Washington and the European Union while ending a diplomatic row with Russia and proposing more military cooperation with Moscow in fighting Daesh.

Those growing ties between Ankara and Moscow are worrying Turkey’s Western allies.

Turkish Deputy Prime Minister Numan Kurtulmus said this week that northern Syria should not become the domain of one group and that a “secure zone”, an internationally policed buffer area Turkey proposed in the past, should be reconsidered. 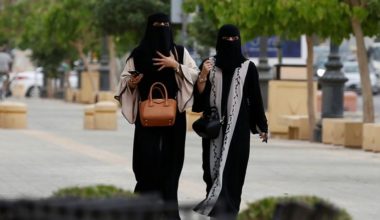 Read More
One in three women worldwide has experienced some form of gender-based violence in their lifetime, according to the World…
WWorld 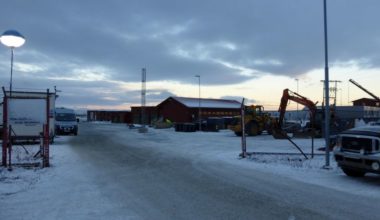